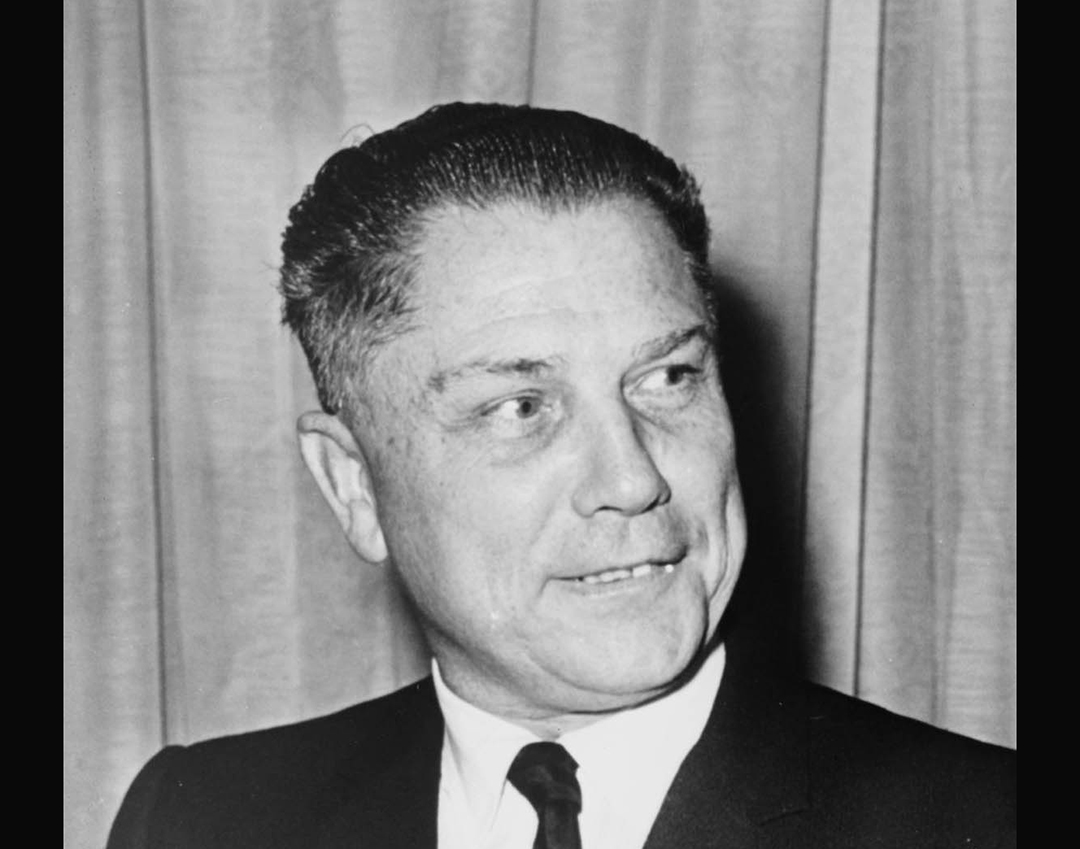 DETROIT (AP) — The FBI’s confirmation last week that it was looking at a spot near a New Jersey landfill as the possible burial site of former Teamsters boss Jimmy Hoffa is the latest development in a search that began when he disappeared in 1975.

A number of theories have emerged about Hoffa since he was reported missing, though many of them have been tied to book releases. From serious to scurrilous, here are some of the best:

Theory: Hoffa was killed on the orders of alleged New Jersey mob figure Anthony “Tony Pro” Provenzano. His body was “ground up in little pieces, shipped to Florida and thrown into a swamp.”

Who put it forth: Self-described mafia murderer Charles Allen, who served prison time with Hoffa and participated in the federal witness-protection program, told the story to a U.S. Senate committee in 1982.

Outcome: The FBI never found enough evidence to support the claim and questions were raised about Allen trying to sell the story to make money.

Theory: Probably the most infamous had Hoffa buried under Section 107 of Giants Stadium in East Rutherford, New Jersey.

Who put it forth: Self-described hit man Donald “Tony the Greek” Frankos in a 1989 Playboy magazine interview.

Outcome: The FBI found nothing to support the claim and didn’t bother to show up when the stadium was demolished in 2010.

“When that information came to our attention we batted it around, but we were all convinced in the end that this guy was not reliable,” FBI agent Jim Kossler said then. “We were able to prove to our mind that what he was telling us couldn’t have happened because he either couldn’t have been there or he was in jail at the time.”

Theory: Hoffa was abducted by ″either federal marshals or federal agents,″ driven to a nearby airport and dropped out of a plane, possibly into one of the Great Lakes that surround Michigan.

Who put it forth: Former Hoffa aide and strong-arm Joseph Franco in the 1987 book ″Hoffa’s Man.″

Outcome: Other than Franco’s word, there was nothing to support his claim.

A Chicago Tribune review of the book put it this way: “Former New York Times reporter Richard Hammer, who helped Franco with the book, candidly writes in the introduction that the stories have the ‘ring of truth.’ Maybe, but they also reek of something else.”

Theory: Hoffa was killed by one-time ally Frank Sheeran at a Detroit house. Key parts of the narrative became the basis for the 2019 movie “The Irishman.”

Who put it forth: Sheeran.

Outcome: Bloomfield Township police ripped up floorboards at the house in 2004, but the FBI crime lab concluded that blood found on them was not Hoffa’s.

Theory: New Jersey mob hit man Richard “The Iceman” Kuklinski killed Hoffa in Michigan, drove the body to a New Jersey junkyard, sealed it in a 50-gallon drum and set it on fire. He later dug up the body and put it in the trunk of a car that was sold as scrap metal.

Who put it forth: Kuklinski, who contended in his 2006 book, “The Ice Man: Confessions of a Mafia Contract Killer,” that he received $40,000 for the slaying.

Outcome: The former chief of organized crime investigations for the New Jersey Division of Criminal Justice told The Record of Bergen County, New Jersey, that he doubted the claim.

“They took a body from Detroit, where they have one of the biggest lakes in the world, and drove it all the way back to New Jersey? Come on,” Bob Buccino said.

Theory: Hoffa was killed and his body was buried beneath a swimming pool in Oakland County’s Hampton Township.

Who put it forth: Richard C. Powell, who used to live on the property and who was serving life in prison without the possibility of parole for a 1982 homicide in Saginaw County.

Outcome: Police used a backhoe to demolish the pool and dig beneath it in 2003, although no trace of Hoffa was found. At one point, police brought Powell to the scene handcuffed and shackled. Then-Bay County Prosecutor Joseph K. Sheeran told the Bay City (Michigan) Times that Powell “didn’t have any connection to Hoffa at all” and that the convict just wanted a few moments of fame.

Theory: Hoffa’s killers buried him beneath the 73-story Renaissance Center in downtown Detroit.

Who put it forth: Marvin Elkind, a self-described “chauffeur and goon for mob bosses,” in the 2011 book “The Weasel: A Double Life in the Mob.”

Outcome: The building, home to General Motors’ headquarters, stands and the claim has never been taken seriously.

Theory: Hoffa was buried in a makeshift grave beneath a concrete slab of a barn in Oakland Township about 25 miles north of Detroit.

Who put it forth: Reputed Mafia captain Tony Zerilli in the online “Hoffa Found.” Zerilli was in prison for organized crime when Hoffa disappeared, but he claimed he was informed about Hoffa’s whereabouts after his release.

Outcome: The FBI and police in 2013 spent two days digging at the site that no longer had the barn, but found nothing.

Theory: Hoffa’s body was delivered to a Jersey City landfill in 1975, placed in a steel drum and buried about 100 yards away on state property that sits below an elevated highway.

Who put it forth: Journalist Dan Moldea, who has written extensively about the Hoffa saga, as a result of interviews with Frank Cappola. Cappola, who died in 2020, says his father owned the landfill and buried the body.

Outcome: To be determined. The FBI obtained a search warrant to do a site survey, which it completed last month and is analyzing the data. The agency hasn’t said whether it removed anything from the site.