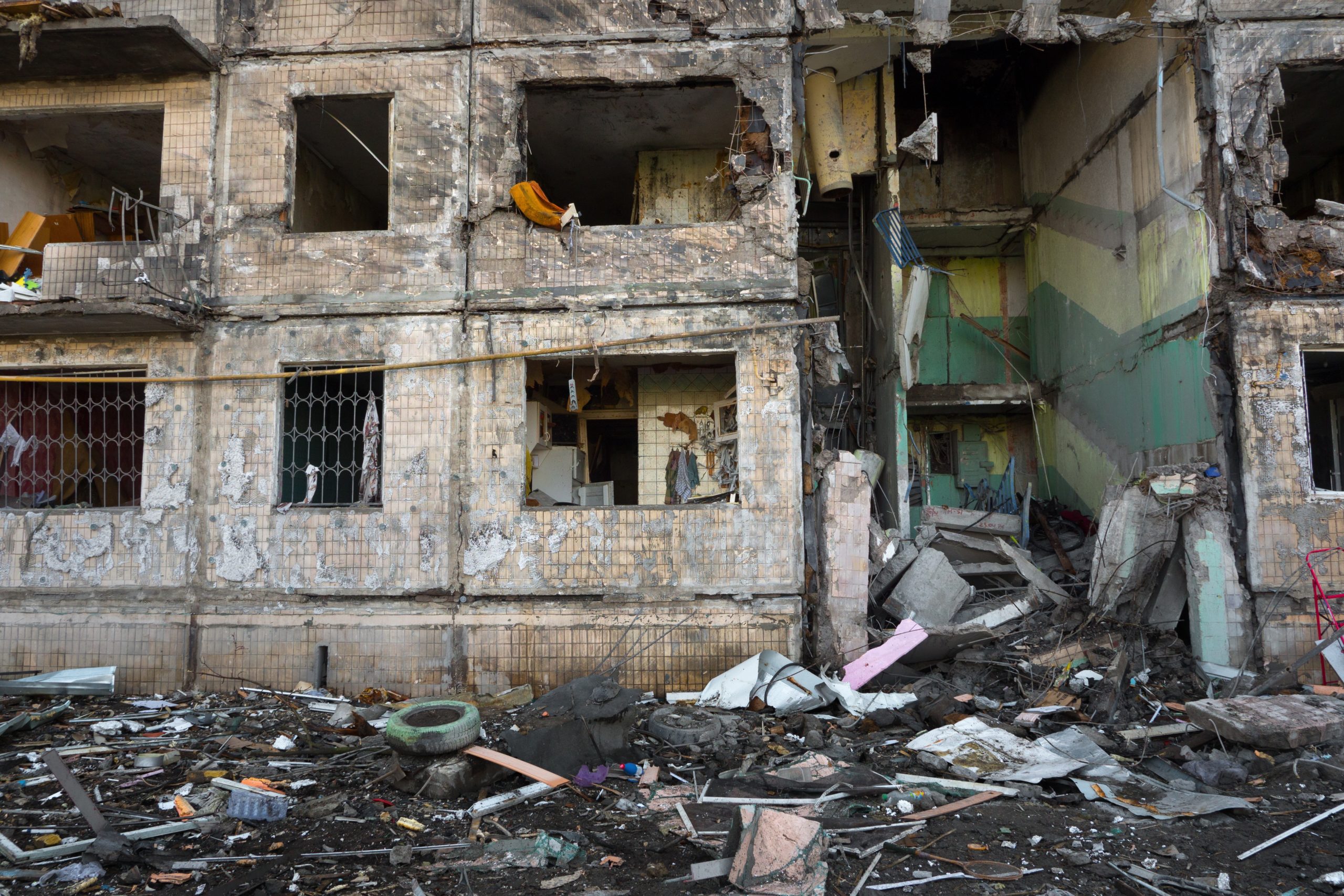 An apartment complex is seen after heavy shelling from Russian forces in Mariupol, Ukraine. (Shutterstock)

KYIV, Ukraine (AP) — Russia’s military machine persevered in its ferocious effort to grind down Ukraine’s defenses Monday, as the war’s consequences for food and fuel supplies increasingly weighed on minds around the globe after warnings that the fighting could go on for years.

In Ukraine’s eastern Luhansk region, which in recent weeks has become the focal point of Moscow’s attempt to impose its will on its neighbor, battles raged for the control of multiple villages, the local governor said.

The villages are around Sievierodonetsk and Lysychansk, two cities in the Luhansk region yet to be captured by the Russians, according to Luhansk governor Serhiy Haidai.

Russian shelling and airstrikes on the industrial outskirts of Sievierodonetsk have intensified, he said.

Haidai told The Associated Press on Monday that the situation in Sievierodonetsk was “very difficult,” with the Ukrainian forces maintaining control over just one area — the Azot chemical plant, where a number of Ukrainian fighters, along with about 500 civilians, are taking shelter.

The Russians keep deploying additional troops and equipment in the area, he said.

“It’s just hell there. Everything is engulfed in fire, the shelling doesn’t stop even for an hour,” Haidai said in written comments.

Only a fraction of 100,000 people who used to live in Sievierodonetsk before the war remain in the city, with no electricity, communications, food or medicine.

Even so, Haidai said, the staunch Ukrainian resistance is preventing Moscow from deploying its resources to other parts of the country.

The British defense ministry noted that the war is not going all Russia’s way, despite its superior military assets.

Russian ground troops are “exhausted,” the defense ministry said in an intelligence report Monday. It blamed poor air support for Russia’s difficulty in making swifter progress on the ground.

Across the world, drivers are rethinking their habits and personal finances amid surging prices for gasoline and diesel, fueled by Russia’s war in Ukraine as well as the global rebound from the COVID-19 pandemic. Energy prices are a key driver of inflation that is rising worldwide and making the cost of living more expensive.

The European Union’s top diplomats gathered in Luxembourg on Monday for talks focused on Ukraine and food security.

EU foreign policy chief Josep Borrell called on Russia to lift its blockades of Ukrainian ports to help deliver the millions of tons of grain waiting to be exported.

“I hope — more than hope, I am sure — that the United Nations will at the end reach an agreement,” Borrell said. “It is unconceivable, one cannot imagine that millions of tons of wheat remain blocked in Ukraine while in the rest of the world, people are suffering (from) hunger. This is a real war crime … You cannot use the hunger of people as a weapon of war.”

Financial help for children displaced by the war in Ukraine was due to come from an unlikely quarter later Monday, when Russian journalist Dmitry Muratov looked to auction off his Nobel Peace Prize medal in New York.

Muratov was awarded the gold medal in October 2021. He helped found the independent Russian newspaper Novaya Gazeta and was the publication’s editor-in-chief when it shut down in March amid the Kremlin’s clampdown on journalists and public dissent in the wake of Russia’s invasion of Ukraine.

Muratov had already announced he was donating to charity the $500,000 cash award that came with the prize. The proceeds will go directly to UNICEF in its efforts to help children displaced by the war in Ukraine.

In other developments Monday:

— A Russian governor said Ukrainian shelling of a Russian village near the border with Ukraine wounded one person. A power station was hit, leaving parts of the village without electricity, according to Alexander Bogomaz, governor of the Bryansk region.

— Russia’s governor of Crimea said “enemy units” struck drilling rigs operating off the peninsula, which Russia annexed from Ukraine in 2014. Sergei Aksyonov said 12 people had been on the platforms at the time. Five were rescued and three were injured, he said in a brief statement on social media. It wasn’t immediately clear what happened to the other four people. He didn’t say how the reported strike was conducted or how many rigs were affected. It also wasn’t clear whether the platforms were drilling for oil or gas. There was no immediate comment from the Ukrainian government.

AP reporters around the world contributed to this story.