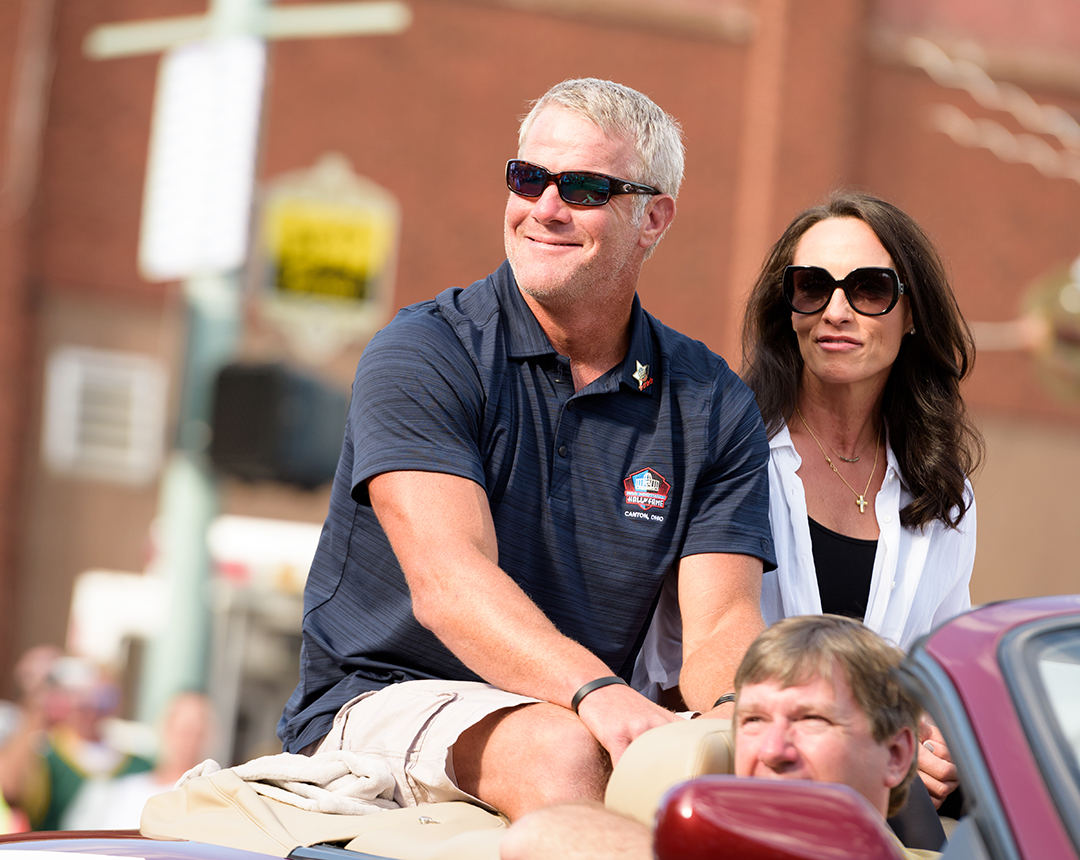 Instead of the money going to help low-income families in one of the nation’s poorest states, as intended, it was funneled through a nonprofit group to Favre and spent on a new volleyball facility at a university that the football star and the governor both attended.

The texts from 2017 show Republican Gov. Phil Bryant, who left office in 2020, was “on board” with the arrangement. The state is suing Favre and others, alleging they misspent millions of dollars in welfare money. The director of the nonprofit has pleaded guilty to criminal charges in Mississippi’s largest public corruption case in decades.

The texts were in court documents filed Monday in state court by an attorney for the nonprofit known as the Mississippi Community Education Center. The messages between Favre and the center’s executive director, Nancy New, included references to Bryant.

The texts showed discussion between Favre and New about arranging payment from the Mississippi Department of Human Services through the nonprofit to Favre for speaking engagements, with Favre then saying he would direct the money to the volleyball facility at the University of Southern Mississippi.

Favre played football at the university in Hattiesburg before going to the NFL in 1991, and his daughter started playing on the volleyball team there in 2017.

According to court documents, Favre texted New on Aug. 3, 2017: “If you were to pay me is there anyway the media can find out where it came from and how much?”

New responded: “No, we never have had that information publicized. I understand you being uneasy about that though. Let’s see what happens on Monday with the conversation with some of the folks at Southern. Maybe it will click with them. Hopefully.”

The next day, New texted Favre: “Wow, just got off the phone with Phil Bryant! He is on board with us! We will get this done!”

Favre responded: “Awesome I needed to hear that for sure.”

Attorneys for Favre did not immediately respond to a phone message Wednesday from The Associated Press.

In a July 11 court filing, New’s attorney wrote that Bryant directed her to pay $1.1 million in welfare money to Favre through the education center for “speaking at events, keynote speaking, radio and promotional events, and business partner development.”

In July, a Bryant spokesperson said allegations that the governor improperly spent the money are false and that Bryant had asked the state auditor to investigate possible welfare fraud.

Bryant served two terms as governor and could not run again in 2019 because of term limits. He earned his bachelor’s degree from the University of Southern Mississippi.

New and her son, Zachary New, who helped run the nonprofit, pleaded guilty in April to charges of misspending welfare money. They await sentencing and have agreed to testify against others.

Favre has not been charged with any criminal wrongdoing.

In May, the Mississippi Department of Human Services filed a civil lawsuit against Favre, three former pro wrestlers and several other people and businesses to try to recover millions of misspent welfare dollars. The lawsuit said the defendants “squandered” more than $20 million from the Temporary Assistance for Needy Families anti-poverty program.

About 1,800 Mississippi households received payments from the program in 2021, according to the Department of Human Services. A family of three must have a monthly income below $680 to qualify for help, and the current monthly benefit for that family is $260. Payments are allowed for up to five years.

In pleading guilty, Nancy and Zachary New acknowledged taking part in spending $4 million of welfare money for the volleyball facility.

The mother and son also acknowledged directing welfare money to Prevacus Inc., a Florida-based company that was trying to develop a concussion drug. Favre has said in interviews that he supported Prevacus.

Mississippi Auditor Shad White said Favre was paid for speeches but did not show up. Favre has repaid the money, but White said in October that he still owed $228,000 in interest.

In a Facebook post when he repaid the first $500,000, Favre said he didn’t know the money came from welfare funds. He also said his charity had provided millions of dollars to poor children in Mississippi and Wisconsin.