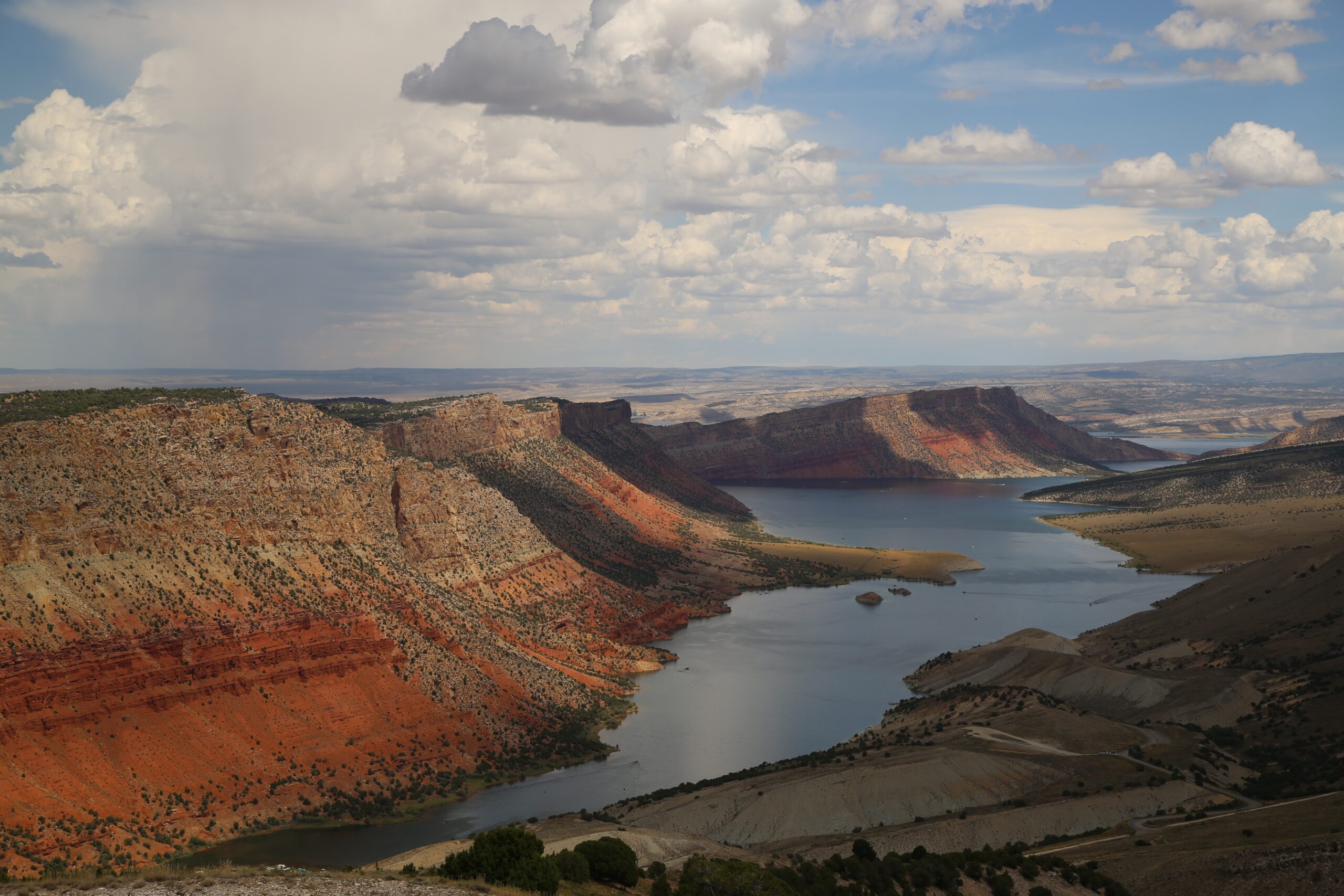 This year, he has already dredged 10 feet (3 meters) so boats could still use the marina. Now, with Flaming Gorge becoming a crucial emergency water supply for the region, Valdez worries the reservoir has nowhere to go but lower still.

“I mean, this is our natural resource and it’s going away,” he said. “Water is the most precious thing we have.”

As a 20-year drought creeps ever farther up the Colorado River Basin and seven Western states vie for their fair share of water under the century-old Colorado River Compact, this boating and fishing paradise on the Wyoming-Utah line is a new flashpoint.

Nobody disputes the root of the problem: The agreement dates to a cooler, wetter time and is based on assumptions about precipitation that simply no longer apply, in part due to climate change.

But as business owners like Valdez are finding out firsthand, recreation is just one of many competing priorities while growing demand in the basin’s more populous downstream states — California, Nevada and Arizona — conflicts with dwindling supply from the more rural states upstream — Utah, Colorado, New Mexico and Wyoming.

Amid jostling by farmers, ranchers, businesses, industries, municipalities and government officials, it’s anyone’s guess who will come out ahead or get left behind — including natural ecosystems that need water, too.

“It’s a complicated mess. And right now the environment is akin to a snake den because everybody is just out for themselves,” said Kyle Roerink, director of the Great Basin Water Network conservation group.

In August, U.S. Bureau of Reclamation Commissioner Camille Touton agreed for now to let Upper Basin states keep working together on drought plans that emphasize voluntary water conservation rather than have the bureau dictate reservoir releases.

That’s a decision welcomed by Wyoming State Engineer Brandon Gebhart, the state’s chief water regulator. “Reclamation reinforced a position that Wyoming has long agreed with,” Gebhart said. “The solution to our challenges relies on the bedrock of a century of collaboration and partnership.”

Gebhart acknowledged, though, that continued drought could lead to an even lower Flaming Gorge, with the next decision about any new drawdowns due in April.

Fed by the Green River and rimmed by spectacular cliffs and scrubby desert, Flaming Gorge is by far the biggest reservoir in the Upper Basin, which refers to the vast area covering all waters upstream of Lees Ferry on the Colorado River in northern Arizona.

Built in the 1960s to store and control water in the Green River, which flows into the Colorado in southeastern Utah, Flaming Gorge is the Colorado River system’s third-biggest reservoir. It’s now about 75% full, compared to just 25% or so in Lake Mead and Lake Powell, the bigger reservoirs downstream.

Just be careful about jumping in at places that were deeper a few years ago.

In April, the Bureau of Reclamation announced that under a drought plan for the Upper Basin states, it would release enough water to draw down Flaming Gorge by 15 feet (4.6 meters). The goal is to help ensure that Glen Canyon Dam in northern Arizona can still generate electricity some 450 miles (725 kilometers) downstream.

Besides boats not being able to use his marina, Valdez worries about the reservoir’s kokanee salmon, which are important food for prized lake trout and tasty game fish in their own right.

“As the reservoir drops, the available habitat for the two species is going to become compacted, so they’re going to overlap more,” Keith said. “So the opportunity for predation is going to be greater.”

Although Wyoming uses only about 60% of the water it’s entitled to under the compact, Gebhart says the Upper Basin states have little to spare given recent flows.

The vast majority of Colorado River Basin water used in Wyoming goes to irrigating grass and alfalfa for cattle. Industry — mainly power plants and minerals processing — accounts for about 9% and cities and towns about 3%.

The fish habitat and angler advocacy group has been working with ranchers on such projects in Wyoming for years and the Flaming Gorge drawdowns have heightened awareness of the problem, Toye said.

States in the compact have been funding efforts to boost snowfall by releasing silver iodide from airplanes and ground-based devices in Wyoming and elsewhere in the Rocky Mountains.

Cloud seeding can increase snow somewhat, research shows. But the technique is unlikely to fully offset or reverse drought or bring Flaming Gorge back up from levels threatening Buckboard Marina.

Lucerne Valley Marina, just south of the Utah line, will need to adapt if levels keep falling but could still operate.

“We’re anchoring in 200 feet (61 meters) of water when full,” owner Jerry Taylor said. “We have quite a bit of ability for lake drop. But Buckboard does not.”

In a worst-case scenario, Buckboard would be stranded some distance away from where the Green River flowed more than 60 years ago.

For now, Valdez hopes to lure back tourists who’ve stayed home amid high gasoline prices and the lower water. And he says Wyoming residents also need uncrowded places like Buckboard to enjoy.

“People just don’t get raised like this anymore, get to hunt and fish,” Valdez said. “And have a sustainable source of water.”