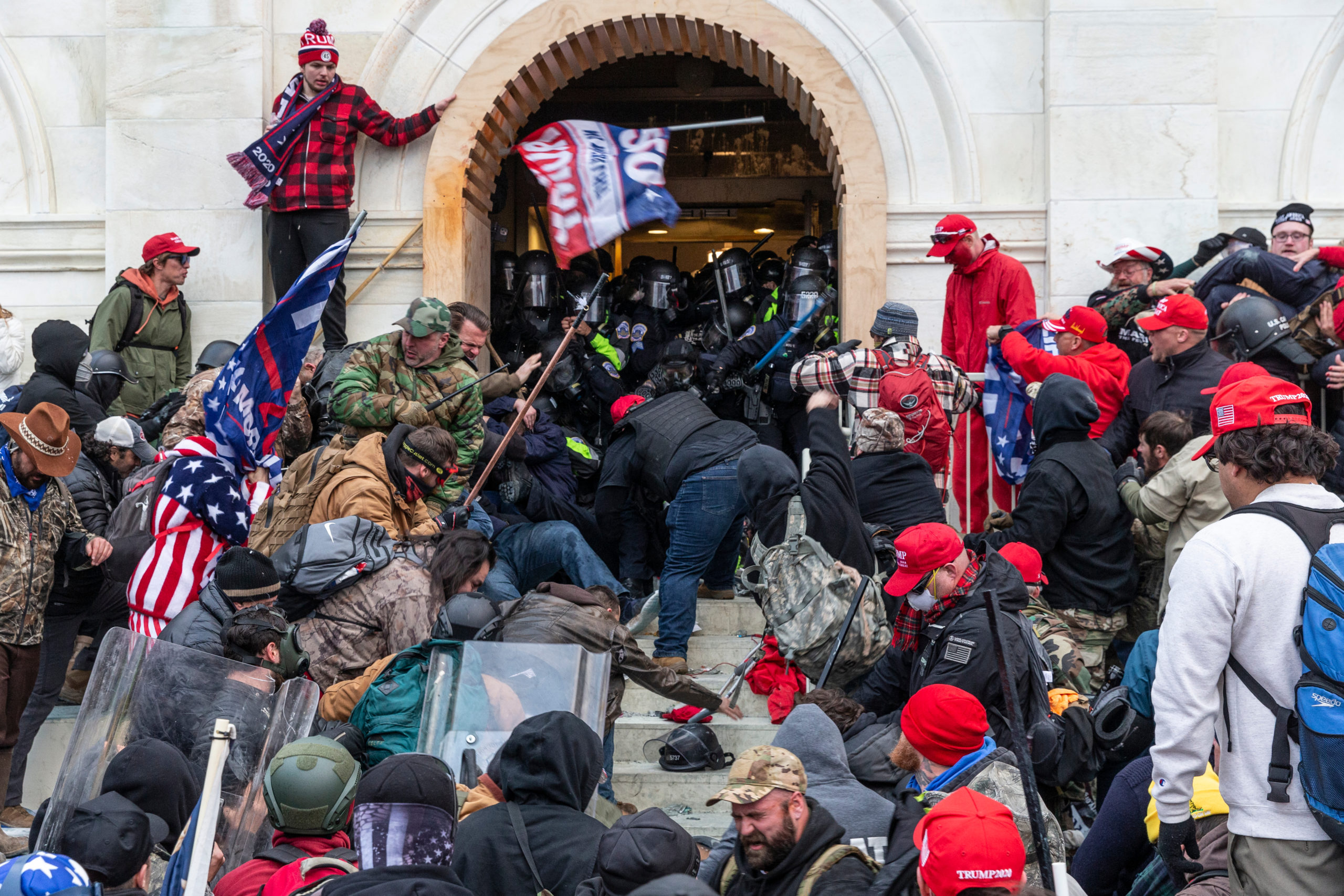 WASHINGTON (AP) — House Democrats are voting this week on changes to a 19th century law for certifying presidential elections, their strongest legislative response yet to the Jan. 6 Capitol insurrection and former President Donald Trump’s efforts to overturn his 2020 election defeat.

The vote to overhaul the Electoral Count Act, expected Wednesday, comes as a bipartisan group of senators is moving forward with a similar bill. Lawmakers in both parties have said they want to change the arcane law before it is challenged again.

Trump and his allies tried to exploit the law’s vague language in the weeks after the election as they strategized how they could keep Joe Biden out of office, including by lobbying Vice President Mike Pence to simply object to the certification of Biden’s victory when Congress counted the votes on Jan. 6.

Pence refused to do so, but it was clear afterward that there was no real legal framework, or recourse, to respond under the 1887 law if the vice president had tried to block the count. The House and Senate bills would better define the vice president’s ministerial role and make clear that he or she has no say in the final outcome.

Both versions would also make it harder for lawmakers to object if they don’t like the results of an election, clarify laws that could allow a state’s vote to be delayed, and ensure that there is only one slate of legal electors from each state. One strategy by Trump and his allies was to create alternate slates of electors in key states Biden won, with the ultimately unsuccessful idea that they could be voted on during the congressional certification on Jan. 6 and result in throwing the election back to Trump.

“We’ve got to make this more straightforward to respect the will of the people,” said Senate Rules Committee Chairman Amy Klobuchar, D-Minn., whose committee will hold a vote on the legislation bill next week. “We don’t want to risk Jan. 6 happening again,” she said.

The bills are a response to the violence of that day, when a mob of Trump’s supporters pushed past police, broke into the building and interrupted Biden’s certification. The crowd was echoing Trump’s false claims of widespread voter fraud and calling for Pence’s death after it became clear that he wouldn’t try to overturn the election.

Democrats in both chambers have felt even more urgency on the issue as Trump is considering another run for president and is still claiming the election was stolen. Many Republicans say they believe him, even though 50 states certified Biden’s win and courts across the country rejected Trump’s false claims of widespread fraud.

While the House vote is expected to fall mostly along party lines, the Senate bill has some Republican support and its backers are hopeful they will have the 10 votes they need to break a filibuster and pass it in the 50-50 Senate. But that could be tricky amid campaigning for the November midterm elections, and Republicans most aligned with Trump are certain to oppose it.

The Senate Rules panel is expected to pass the measure next Tuesday, with some tweaks, though a floor vote will most likely wait until November or December, Klobuchar said.

Even though they are similar, the House version is more expansive than the Senate bill and the two chambers will have some key differences that lawmakers will have to work out. The House legislation was introduced on Monday by House Administration Committee Chairwoman Zoe Lofgren, D-Calif., and Republican Rep. Liz Cheney of Wyoming, both members of the House panel that has been investigating the Jan. 6 insurrection.

Like the Senate bill, the House legislation would require that there is a single set of electors from each state submitted by the governor. The House bill would also narrow the grounds on which members of Congress could object to any state’s electoral votes and raise the threshold for how many objections would be needed. Currently, the House and Senate each debate and vote on whether to accept a state’s electors if there is just one objection from each chamber.

Two such votes were held on Jan. 6, 2021, after the rioters were cleared, because GOP Sens. Ted Cruz of Texas and Josh Hawley of Missouri joined dozens of House members in objecting to Biden’s victories in Arizona and Pennsylvania. Both the House and Senate voted to certify the legitimate results.

Lofgren said the American people should be deciding the election, not Congress.

People who wanted to overturn the election “took advantage of ambiguous language as well as a low threshold to have Congress play a role that they really aren’t supposed to play,” she said.

The general similarities of the House bill to the Senate version could be a signal that House members are willing to compromise to get the legislation passed. Some House members had criticized the Senate bill for not going far enough. Maryland Rep. Jamie Raskin, a member of both the Jan. 6 and House Administration committees, had said this summer that the Senate bill was not “remotely sufficient” to address the challenges presented by current law.

House members know they will have to give in some, though, to pass it through the 50-50 Senate. There are currently nine GOP senators and seven Democrats on the Senate bill, which is sponsored by centrist Sens. Joe Manchin, D-W.V., and Susan Collins, R-Maine.

Collins said Monday, “I believe we can work this out, and I hope that we do so.”

The bipartisan group of senators worked for months to find agreement on a way to revamp the process, eventually settling on a series of proposals introduced in July.

“This is something we shouldn’t carry over into another election cycle,” Blunt said at a Senate hearing in August.