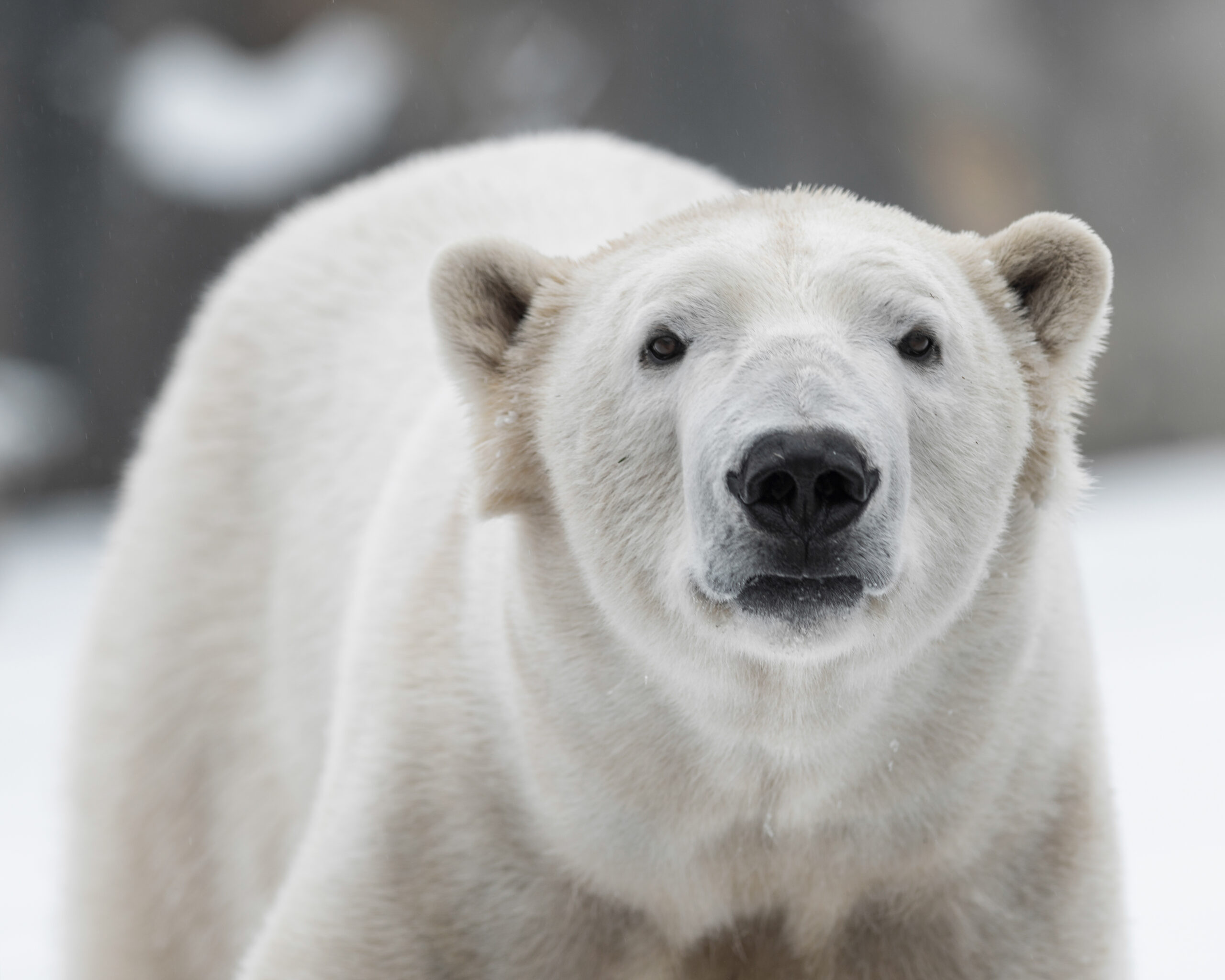 ANCHORAGE, Alaska (AP) — A polar bear chased several residents around a tiny, isolated Alaska Native whaling village, killing a mother and her 1-year-old son in an extremely rare attack before another community member shot and killed the bear, authorities said.

The fatal mauling happened Tuesday near the school in Wales, an isolated Bering Strait coastal community located on the westernmost tip of the North American mainland — about 50 miles (80 kilometers) from Russia — that is no stranger to coexisting with polar bears.

Summer Myomick of Saint Michael and her son, Clyde Ongtowasruk, were killed in the attack, Alaska State Troopers said in a statement.

Her parents declined interviews with The Associated Press when reached Wednesday at their home.

“She was a very sweet lady, she was very responsible,” Washington said.

Like many far-flung Alaskan villages, the predominantly Inupiaq community of roughly 150 people organizes patrols when the bears are expected in town, from July through early November, which is before the sea ice forms and bears head out on the frozen landscape to hunt seals.

That makes what happened this week almost unheard of because polar bears are normally far out on the ice in the dead of winter and not close to villages, said Geoff York, the senior director of conservation at Polar Bear International, a conversation group. The last fatal polar bear encounter in Alaska was in 1990.

“I would have been walking around the community of Wales probably without any (bear) deterrents because it’s historically the time of year that’s safe,” said York, who has decades of experience studying polar bears. “You don’t expect to run into bears because they’d be out on the sea ice hunting seals and doing their thing.”

Poor weather and a lack of runway lights at the Wales gravel air strip prevented troopers and wildlife officials from making it to Wales on Tuesday after the polar bear attack. Attempts were being made again Wednesday.

When asked to describe the mood in Wales on Wednesday, Dawn Hendrickson, the school principal, called it “traumatic.” Classes were cancelled a day after the fatal attack. “The students are with their families,” Hendrickson said. Counselors were being made available to students.

She said there have been no announcements for memorials for the two victims. “Nothing as of yet,” she said. “We are still in the beginning phase.”

It’s unclear if this attack was related to climate change, but it’s consistent with what is expected as the Arctic continues to warm at four times the rest of the Earth, changing the ecosystem in ways that are still not fully understood, York said. However, this particular bear is a member of a population that is doing fairly well, said Andrew Derocher, a professor of biological sciences at University of Alberta and an expert on polar bears.

Alaska scientists at the U.S. Geological Survey in 2019 found changes in sea ice habitat had coincided with evidence that polar bears’ use of land was increasing and that the chances of a polar bear encounter had increased.

Wales is just over 100 miles northwest of Nome. The community is accessible by plane and boats, including barges that deliver household goods. Winter trails provide access on snowmobiles to other communities and to subsistence hunting grounds. ATVs are used for non-winter hunting and fishing trips.

Polar bears are the largest bear species, according to the U.S. Fish and Wildlife Service. Males can weigh more than 1,700 pounds, but typically weigh 600 to 1,200 pounds and reach up to 10 feet in length. Females weigh 400 to 700 pounds. Polar bears generally feed on seals but also prey on walruses and beluga whales.

Polar bears were listed as a threatened species under the Endangered Species Act in 2008. They are also protected under the Marine Mammal Protection Act. Both laws prohibit harming the animals without authorization, unless necessary for human safety.

Polar bears are at the top of the food chain, and see humans as a food source, York said. Fatal polar bear encounters usually involve male bears who are hungry all the time, or older bears who are injured or ill and having difficulty getting enough calories, he wrote in a report.

“Both of those bear types are more likely to take risks, like we saw here in Wales,” York said.

Unlike brown or black bears, polar bears do not hibernate in the winter. Only pregnant females enter snow dens, and that’s only for reproduction.

All the other polar bears are out, typically on sea ice where their prey is available year-round.

The Alaska Nannut Co-Management Council, which was created to represent “the collective Alaska Native voice in polar bear co-management,” on its website says polar bears near or entering villages represent ongoing safety concerns for communities within polar bear territory.

The group notes a few polar bear patrol programs in Alaska, including for Wales, which it said was seeking funding to maintain operations, and in the Native village of Diomede, where it says a patrol operates mainly in the winter to protect kids walking to and from school.

York, who has worked in the Arctic for about 30 years, with 21 of those in Alaska, said the community of Wales has long been involved in establishing a polar bear patrol program and taking measures to keep polar bears out of the community.

“This seems to be just one of those terrible cases where despite doing the right things, we had a bear that was an outlier at a time of year that you would never expect that to happen,” he said.

Derocher, the professor of biological sciences at University of Alberta, said the location of the attack is far south in the distribution of polar bears, but it isn’t abnormal for them to be there.

The bear is from a population of polar bears in the Chukchi Sea that is faring well amid climate change, Derocher said. That means the attack could be the result of a bear lured by attractants such as food or garbage more than by climate change factors, he said.

Polar bears of the southern Beaufort Sea, east of the Chukchi Sea population, are in worse shape, Derocher said.

In this case, even though there is ice in the Chukchi and northern Bering seas, the quality of that ice is not known that well. More importantly, York said they don’t know what’s going on under the ice — or what the availability of seals and other prey is for polar bears.

The changes are also happening in the winter, when people assumed they were safe from polar bears being on shore, said York.

“Communities may no longer be,” he said.