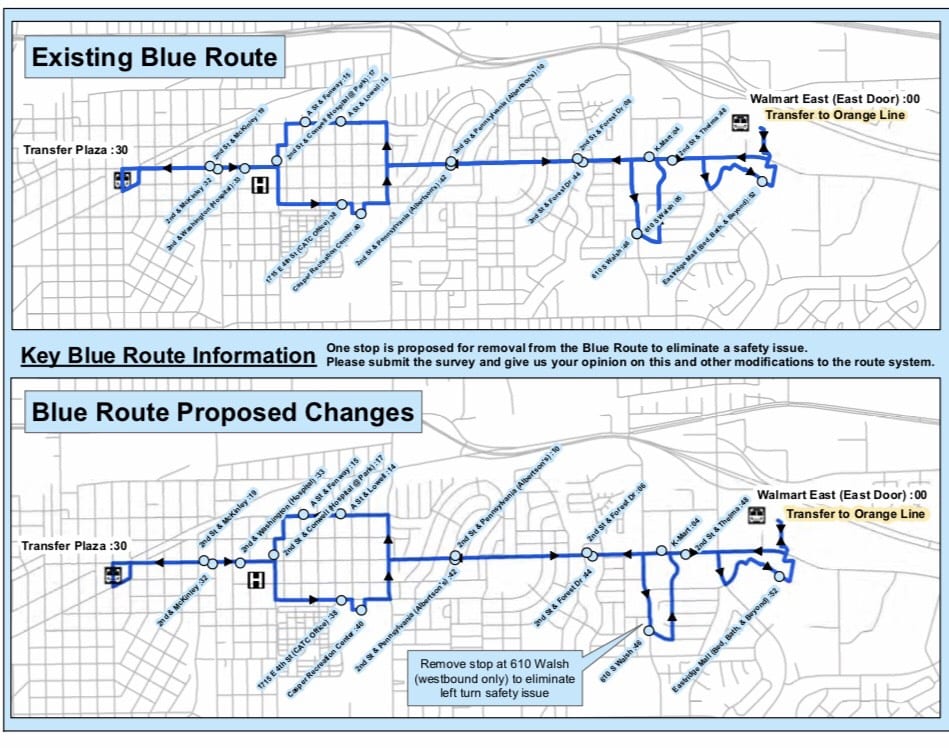 Map of the new plans for The Bus's Blue Route.

The Casper City Council enacted a resolution to approve changes to the City’s bus route system at their Tuesday, Feb. 5 Council meeting. The Council passed the resolution 8 to 1.

Councilman Ken Bates said there were a few problems he had with the proposed route changes, so decided to vote against the resolution.

Casper Area Metroplolitan Planning Organization Supervisor Aaron Kloke told the Council he thought the changes would save on costs and improve the quality of bus service in Casper at their Jan. 29 work session. He previously told Oil City the changes could go into effect in April.

Cole also said she was happy with the way the process has been handled.

“We’re pleased with the City’s support and the passenger’s patience in working with us,” she said.

The MPO and CATC first presented the finalized changes at the Jan. 29 Council work session. They put together their final proposal after considering feedback from the public comment period that concluded on Jan. 10. Maps showing the final changes are included in Oil City’s coverage of the proposed changes at last week’s work session.