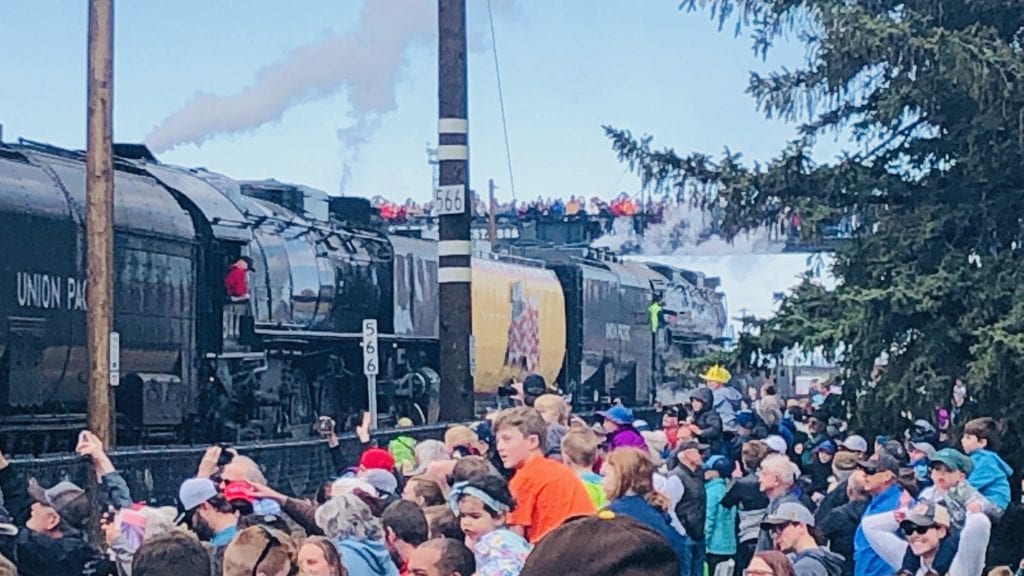 CHEYENNE, Wyo. — Two historic steam locomotives kicked off their tour of the Union Pacific rail system in Cheyenne and Laramie Saturday morning. Large crowds gathered in both cities to catch a glimpse of the legendary train engines and to see them off on their journey

The Big Boy No. 4014 and the Living Legend No. 844 are touring the UP rail system throughout 2019 to celebrate 150 years since the completion of the transcontinental railroad.

“The Big Boy’s return to the rails is the product of more than two years of meticulous restoration work by the Union Pacific Steam Team,” Union Pacific says on their website. “No. 4014 is the world’s only operating Big Boy locomotive.”

Big Boy engines hauled freight between Wyoming and Utah in the 1940s and 1950s. Of the 25 Big Boys built, eight remain, but only this one will be operational.

The Big Boy locomotive measures longer than two city buses. It’s heavier than a Boeing 747 jet plane fully loaded with passengers, yet powerful enough to pull 16 Statues of Liberty over a mountain range.

The locomotives departed Cheyenne on the morning of May 4th, with stopovers scheduled in Harriman, Laramie, Medicine Bow, and Rawlins, before continuing onto a scheduled stop in Ogden, Utah May 9th.

For the locomotives’ complete schedule, check the Union Pacific website.

Copyright 2019 Oil City. All rights reserved. This material may not be published, broadcast, rewritten, or redistributed. AP contributed to this report.