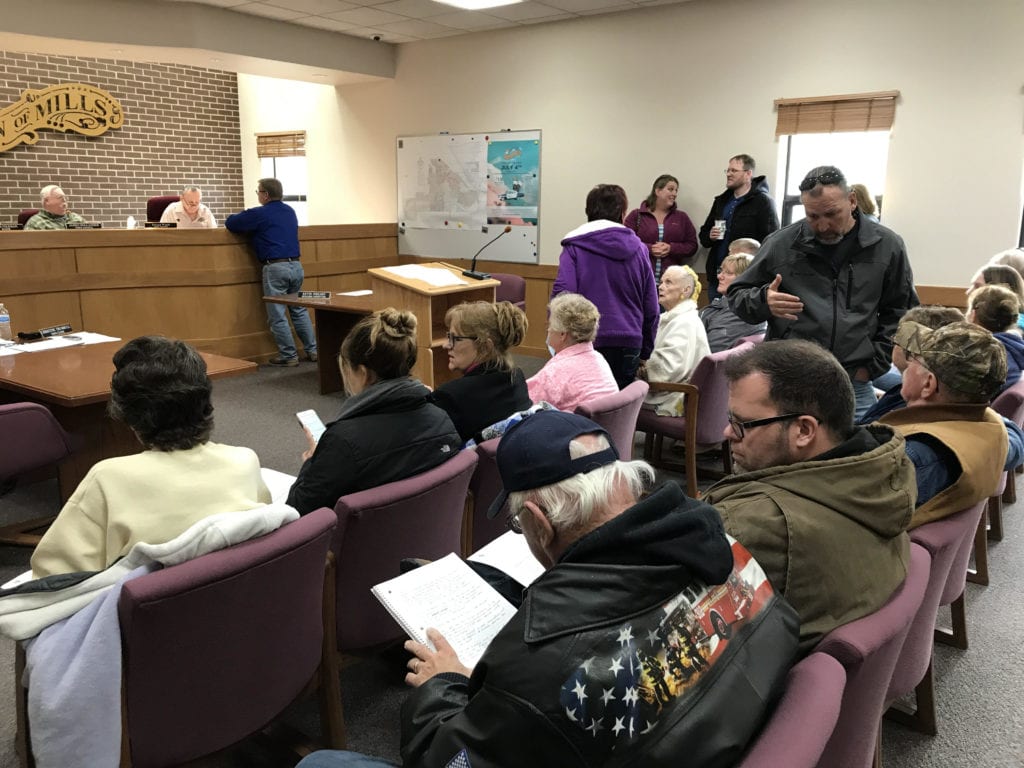 Most of the time at their Wednesday, May 22 meeting was devoted to open discussion regarding the Council’s decision to cut the Mills Fire Department after June 30.

During their Wednesday, May 22 meeting, the Council passed on first reading an ordinance to adopt the new budget. They’ll need to pass the ordinance on two further readings to officially establish the plan.

The Council also passed a resolution adopting the Town of Mills fee schedule. This sets the cost of various services and permits available in Mills.

The fee schedule is as follows:

The Council also approved an April 2019 bank reconciliation and a March 2019 court report.

They also went into executive session to discuss several legal matters. Details of this is not included in the Council’s meeting agenda packet, available here.