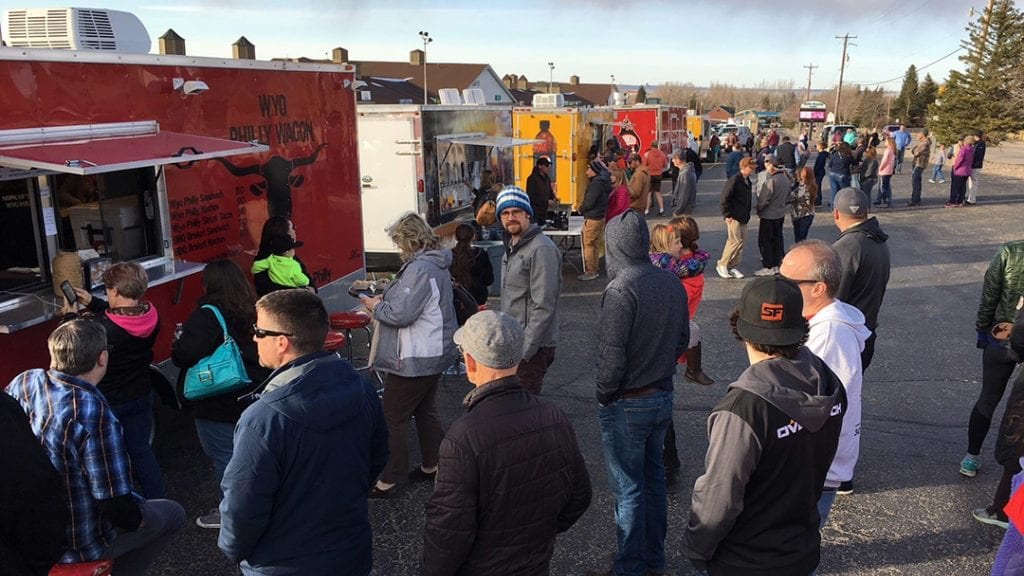 CASPER, Wyo. — The Casper City Council has resumed their work to establish a process to allow those seeking mobile vendor parking permits to request exceptions to the rules.

The Council voted to approve amending the ordinance to allow people to request exceptions during the second reading on Tuesday, July 16.

Councilwoman Khrystyn Lutz voted no on Tuesday. Casper Mayor Charlie Powell was not present at the meeting.

The second reading of these changes was initially scheduled for July 2, but that vote was tabled following a motion from Lutz.

During Tuesday’s meeting, Dave Hinton, owner of Lefty’s BBQ and Catering, asked Council to grant him an exception to allow him to operate a charity event.

“As I mentioned two weeks ago, I have a charity event Saturday in front of the Lyric,” he said.

Hinton said his issue is that since he cooks BBQ, it takes a long time to prepare his food. The hourly restrictions for the mobile vendor parking permit rules, which apply in the Old Yellowstone District, do not allow him to begin operating until 3 pm.

He has said that another issue is that the Casper-Natrona County Health Department requires that he prepare food on-site and cannot transport it since he operates out of an open-air trailer.

“Is there some way you could allow me to do that?” Hinton asked.

The Council told Hinton that Ruth Heald, Environmental Health Program Manager at the Casper-Natrona County Health Department attended their July 9 work session and told them that the department was willing to work with Hinton to figure out a solution.

The Council encouraged Hinton to speak with Heald about his request.

When Lou Taubert Ranch Outfitters asked for an exception to the downtown mobile vendor parking permit rules to allow a Montana Silversmiths trailer to park outside of the normal hours and for more days than the rules allow during the College National Finals Rodeo, the Council granted this exception request during a work session.

That request was the impetus behind the Council looking to amend the ordinance to provide a formal process for people to request exceptions.

The current ordinance doesn’t include language that lets applicants know that they can request exceptions to the rules. The proposed amendment would add such language.

It would add language to allow applicants to request that permits be valid for up to five consecutive days “for special events or extenuating circumstances.”

It likewise would allow requests for exceptions to the hourly restrictions.

Lutz asked to table the amendment at the last reading to give Council more time to fully consider all the issues with food truck regulations.

She and Councilman Ken Bates both said that the hourly restrictions should be revisited, with Lutz pointing out that any food trucks wishing to serve breakfast foods would not be able to do so under the current rules.

Bates said again on Tuesday that he thought the hourly restrictions should be done away with, but only on weekends.

Council also established August 6 as the first reading date for an amendment to the City’s health licensing requirements.

During their work session last week, Council said that they were in favor of amending those to eliminate the need for mobile food vendors to obtain health licenses from the City of Casper.

While food trucks would see relaxed regulations if those amendments move forward, other businesses would see some new licensing requirements.