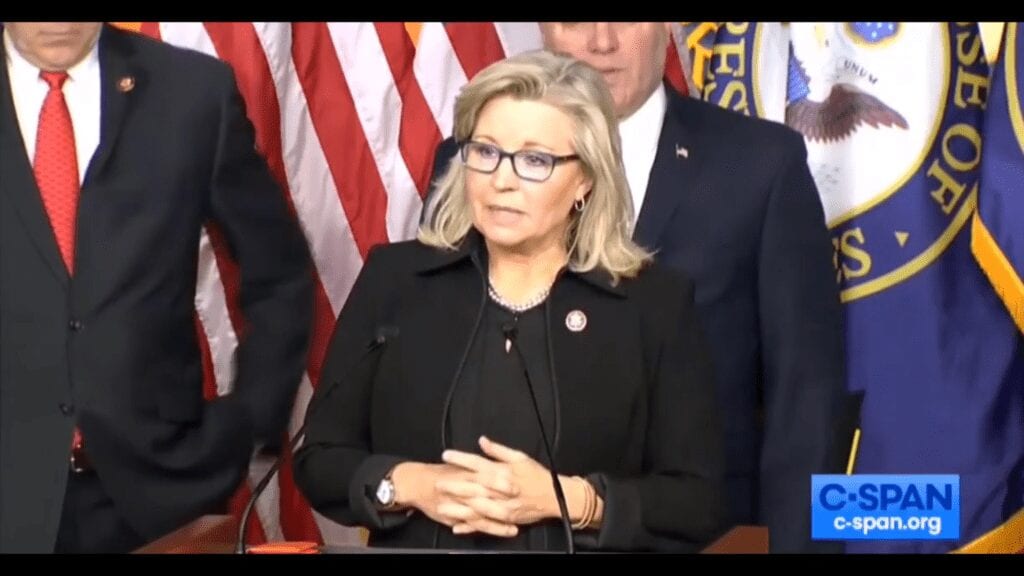 “The Constitution does not say that the power of impeachment resides with Speaker Nancy Pelosi, it says it resides with the entire House,” Cheney said on Facebook. “The Democrats’ secret impeachment effort is a shameful miscarriage of their duties.”

She also shared video of herself speaking on C-SPAN.

Cheney says that documents are being kept secret “not just from the public” but from Repbulican members of the House of Representatives.

“We have had members go down and attempt to read the transcript of Kurt Volger’s testimony, and they were denied access,” she claimed.

A full transcript of U.S. Special Representative for Ukraine Kurt Volger’s testimony to the House of Representatives is provided by PBS online.