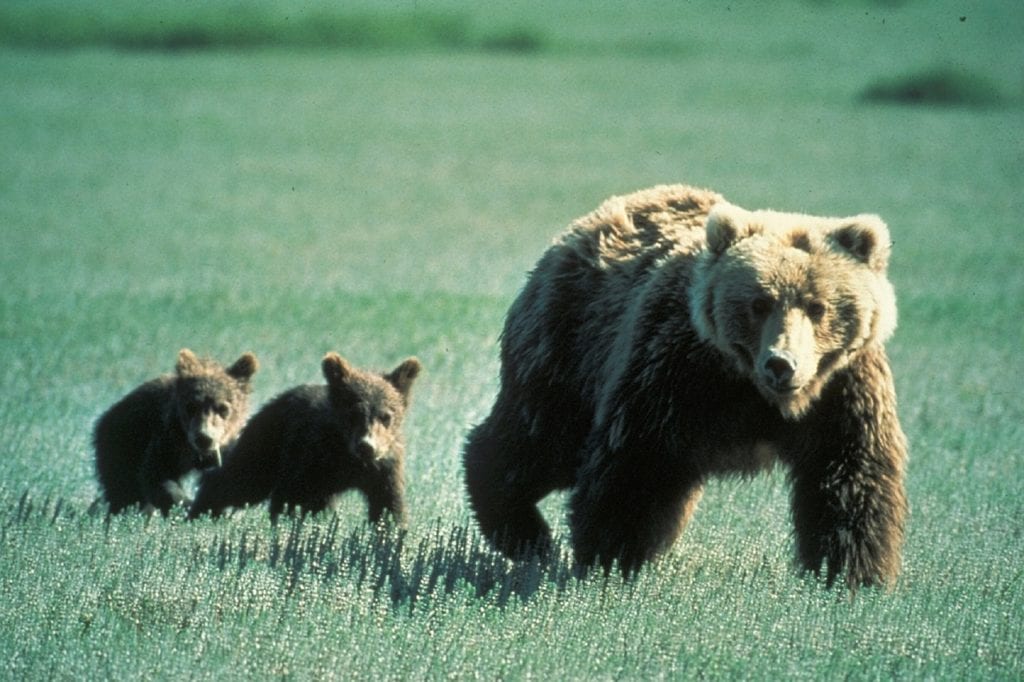 After responding to a report of the bears’ carcasses on Oct. 15, Montana Fish, Wildlife & Parks officials identified one of the dead cubs as a female, though they say the other cub’s sex could not be identified.

“It’s unclear when the cubs were killed,” Montana FWP says. “A BNSF Railway train was parked at the section of split tracks where the carcasses were located, and FWP notified BNSF Railway personnel at the scene. FWP staff did not locate the adult female that would have been accompanying the cubs.”

44 “probable” grizzly bear deaths have been recorded so far in 2019 in Montana’s Northern Continental Divide Ecosystem.

“Of those, eight have involved train collisions, the most in a single year on record,” Montana FWP adds. “The grizzly bear is listed as a threatened species in the lower 48 states under the federal Endangered Species Act.”

“For more information about grizzly bears in Montana, visit http://fwp.mt.gov/fishAndWildlife/species/grizzlyBear/default.html.”