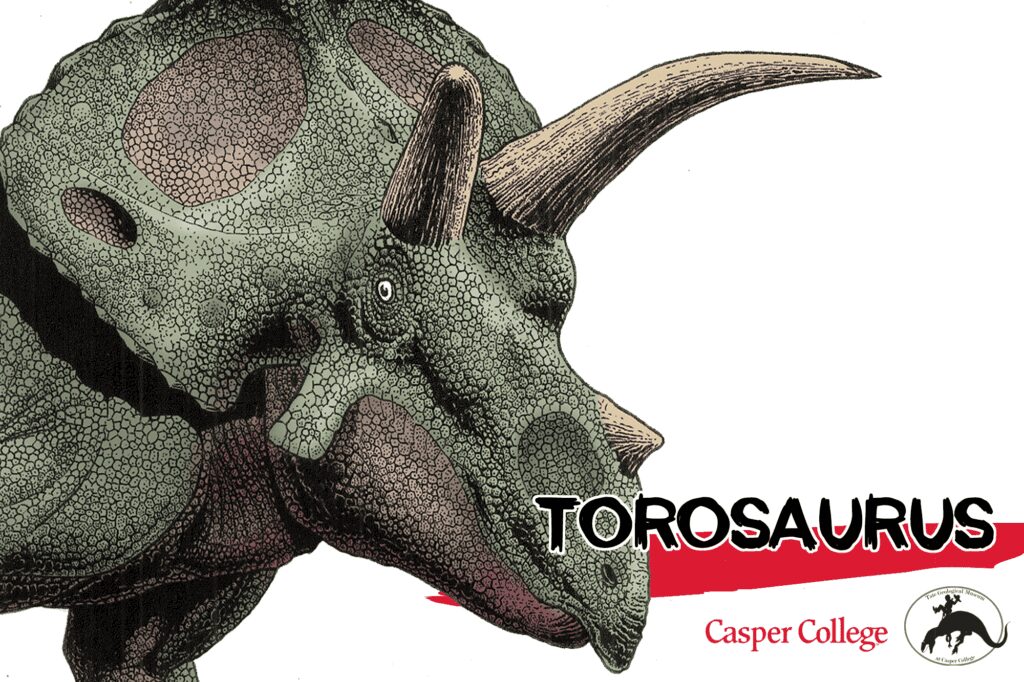 CASPER, Wyo. — Casper College has announced that a rare skull, of a dinosaur named “Torosaurus,” will be unveiled at the Tate Geological Museum next week.

“This skull is a unique Wyoming specimen, and possibly the best Torosaurus skull from our state,” said J.P. Cavigelli, museum collections specialist. According to Cavigelli, the skull was found buried in sandstone on a ranch in Natrona County in 2013.

According to information supplied by Casper College, the skull spent three years in the Tate’s prep lab before heading to Triebold Paleontology for mounting earlier this year.

“It is one of only a handful of Torosaurus skulls in existence. Torosaurus is quite similar to the more well-known Triceratops, but has holes in its frill, the large shield on the back end of the skull,” said Cavigelli.

In addition to those “holes,” the skull, named “Nicole,” has potential predator wounds on the left side of the frill, According to Cavigelli.

“Possibly from a T-rex. Her nose horn also shows signs of a healed wound. Almost all of Nicole is real bone with only a few reproductions to fill in any missing parts. Torosaurus fossils have been found in various areas of this region, but large, mostly complete skulls such as Nicole are rare.”

CC officials say that Nicole’s debut is free and open to the public, and coffee and cookies will be served. The unveiling is scheduled for Thursday, Oct. 24, at 11 am.

The Tate Geological Museum is located on the Casper College campus.