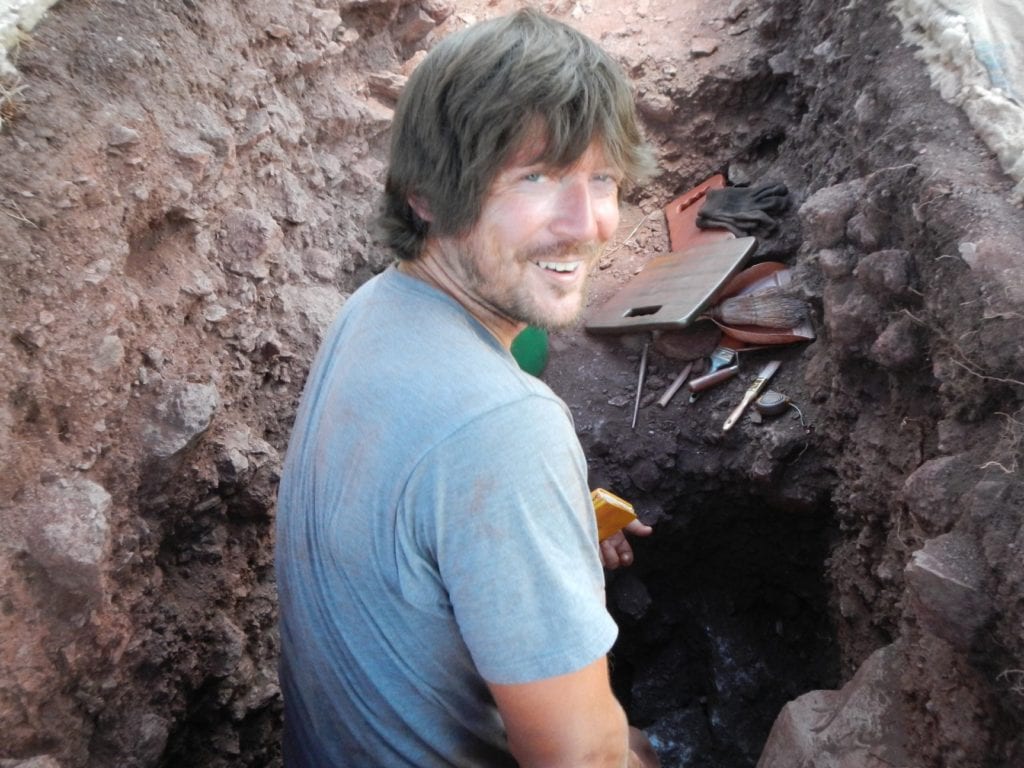 Dr. Spencer Pelton is a University of Wyoming Anthropology Department faculty member and “primarily researches the early prehistory of hunter-gatherers in the High Plains and Rocky Mountains of the American West.”

That is according to the Office of the Wyoming State Archaeologist who announced Pelton’s selection on Wednesday, Nov. 13.

In his role at UW, Pelton “places an emphasis on training well-rounded students with a diverse set of knowledge and skills, offering educational opportunities in Plains and Rocky Mountain prehistory, global human dispersal, cultural resource management, archaeological excavation, and evolutionary perspectives in anthropology.”

While he is focuses on early hunter-gatherer research, Pelton also has these areas of interest:

“Spencer conducts excavations at several Paleoindian archaeological sites in Wyoming including the Powars II red ocher quarry, the Sisters Hill site, and the La Prele mammoth site,” the announcement continues. “As the Wyoming State Archaeologist, Spencer focuses on the publication of notable Wyoming archaeological sites and the dissemination of this knowledge to Wyoming’s residents through public presentations, research monographs, and interactive outreach efforts.”