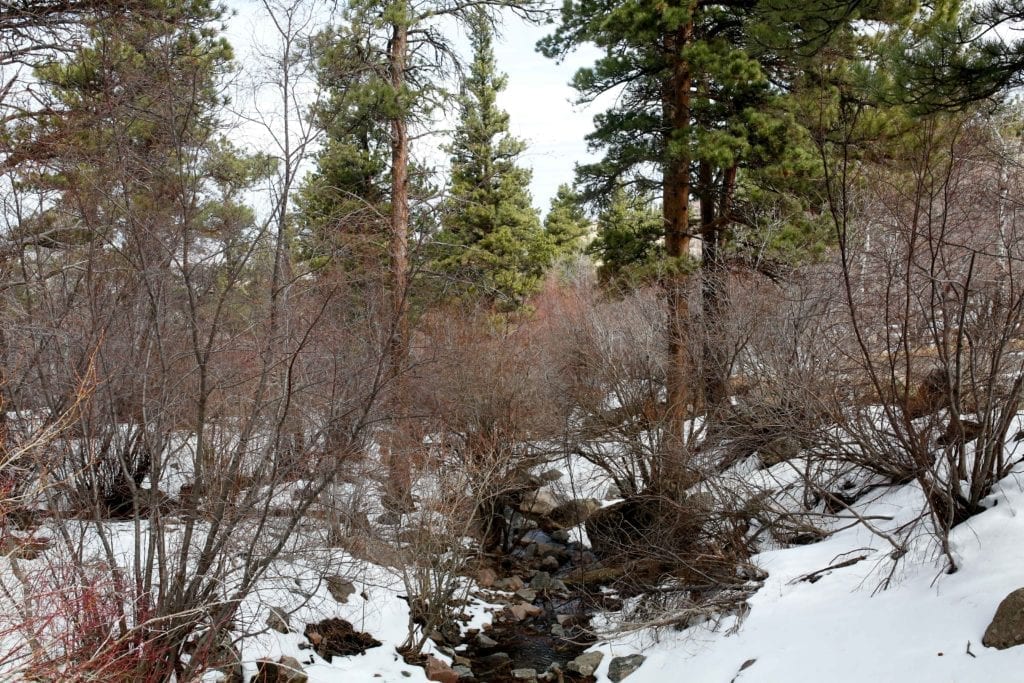 CASPER, Wyo. — The Bridle Trail begins at Rotary Park at the base of Casper Mountain and provides recreational opportunities to people.

The trail’s history dates back to 1939. Natrona County says it was built as part of a Works Progress Administration effort during a time when Wyoming’s economy was struggling.

Some areas of the trail cross private land and public access to those areas is possible due to easement agreements between the county and landowners.

While those easements permit pedestrian and equestrian use, some of them do not allow access to bicycles.

At a Natrona County Parks Board meeting on Thursday, Jan. 9, some citizens expressed concerns that the county is not enforcing those rules.

Douglas Irvine told the board that he thinks it is a problem that the county has not installed signs along the trail notifying the public of areas where bicycles are not permitted.

“We feel so strongly and are concerned about your lack of respect for trespassing,” Cathy Toups told the board.

Toups said that some landowners have been in touch with Mountain States Legal Foundation and are considering taking the county to court regarding their management of the Bridle Trail.

Not all citizens agree with landowners regarding usage of the Bridle Trail. Erik Aune attended Thursday’s meeting and noted the history of the trail.

While easements may not allow bicycle use, he said that previous landowners cooperated with efforts to allow public access and that this access should be protected.

Even if old official documents allowing public access cannot be found or do not exist, Aune said the intention behind the creation of the Bridle Trail is clear that the trail is an asset to the public and that this intent should trump concerns of current landowners.

He encouraged Toups to follow through with her threat to take the county to court on the issue.

“I think this does need to finally go to court and go to bed,” he said, adding that he thinks courts would side with the public.

Toups said that there is plenty of public land in other areas of Casper Mountain that can allow biking without violating landowners’ rights.

Irvine took issue with the Parks Board creating draft rules that he said would relax the county’s regulations regarding bicycle use in Rotary Park.

Board Chairman Roy Buck acknowledged Irvine’s concerns but insisted that the draft rules are meant to solicit input from the public and are in no way final.

Natrona County Attorney Eric Nelson said that he “will probably be repeating a lot of what” Irvine was saying during a Parks Board meeting scheduled for January 28.

He said that some of the current easement agreements indeed disallow bicycle usage and one purpose of the meeting would be to help the public understand this.

That meeting will be dedicated to the proposed changes to the rules and regulations across Natrona County’s parks. Buck and Nelson said that meeting is intended to be a town hall style forum to gather input from the public.

Irvine said he thought the Parks Board should not have included anything even in draft form which would suggest that bicycle use would be allowed in areas where agreements with landowners forbid such usage.

He added that he thought it was a “troubling position” for the county to open public discussion about agreements between the county and landowners.

Irvine said he thought it would have been “more appropriate to acknowledge existing limitations,” adding that the draft rules may give the “misapprehension that [the Parks Board] has legal authority to change those [easement] rules.”

Toups agreed with Irvine, telling the board she didn’t think they would be comfortable with such a discussion if it pertained to their own private properties.

“I think this is a weasly way to get around the fact…people who own the property have the right to own that property,” she said.

Board Member Dave North said he understood the concerns, saying he attended past meeting between the county and landowners.

“I was involved in some of those landowner meetings and I know exactly where you are coming from,” he said.

North said he thought some of those issues would be addressed at the Jan. 28 meeting.

Nelson explained on Thursday that the county will likely open a public survey following the discussion on Jan. 28 to gather more input regarding the proposed rule changes.

The board will not be voting on changes to rules and regulations until a later meeting.

He added that people can submit comments in writing at any time to the county.

Once the Parks Board finalize their recommended rule changes, the Natrona County Board of County Commissioners would have to approve the new rules.

Nelson said that wouldn’t happen until later in the spring.

NOTE: A previous version of this story included the name Eric Connelly. The comments were made by Erik Aune. Oil City regrets this error.