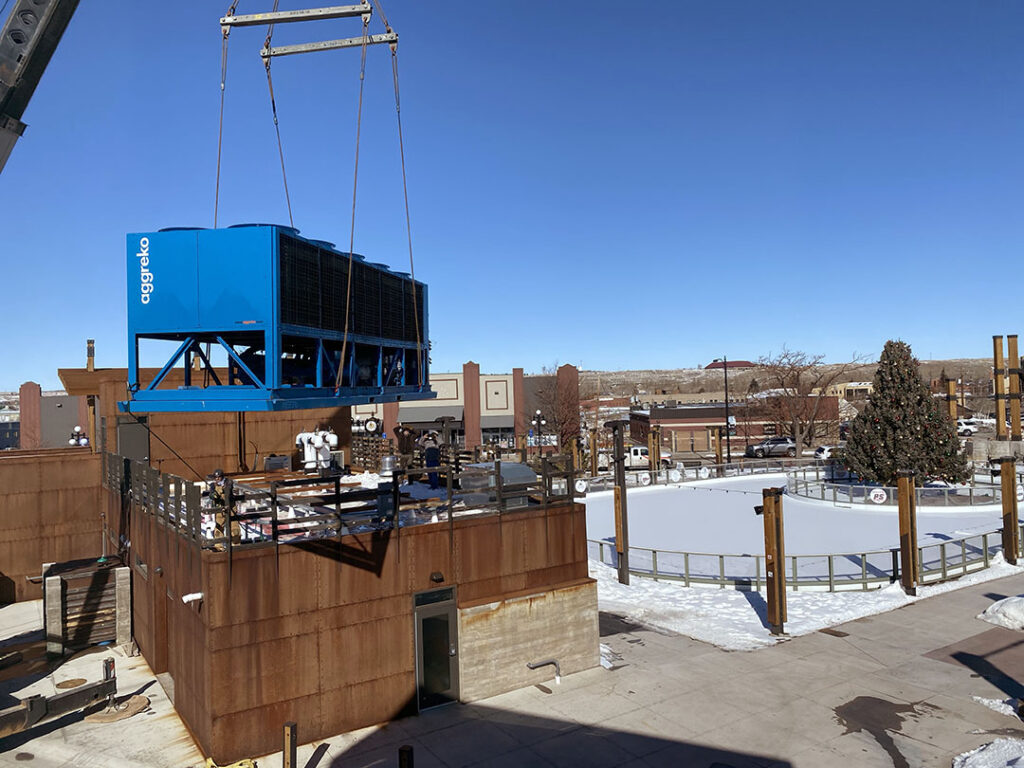 One of two chillers is removed from the David Street Station building as the outdoor plaza prepares for the spring and summer seasons on Tuesday, Feb. 18, 2020. (Dan Cepeda, Oil City)

CASPER, Wyo. – Imagining a place where kids splash in the warm sunshine is difficult while standing in a single-digit wind chill, but that’s just what crews were doing on Tuesday morning as they removed the two massive ice chillers from their perches at the David Street Station public plaza.

The coolers were shut off after Friday night’s skate session, a Valentine’s Day-themed event that closed out the winter season at the plaza.

According to David Street Station marketing manager Julie Schmitt, the next order of operation will be the removal of the community Christmas tree. Scheduling that task has been set aside during this unusually snowy month. The removal will likely happen sometime next week, when the Rodolph Brothers will cut the tree in half and start the mulching process.

A number of late winter and spring activities are in the planning stages, including events for St. Patrick’s Day, Easter, and Cinco de Mayo. Then the splash pad will again be activated by late May or early June, hopefully marking an end to yet another Wyoming winter that seems to last an eternity.