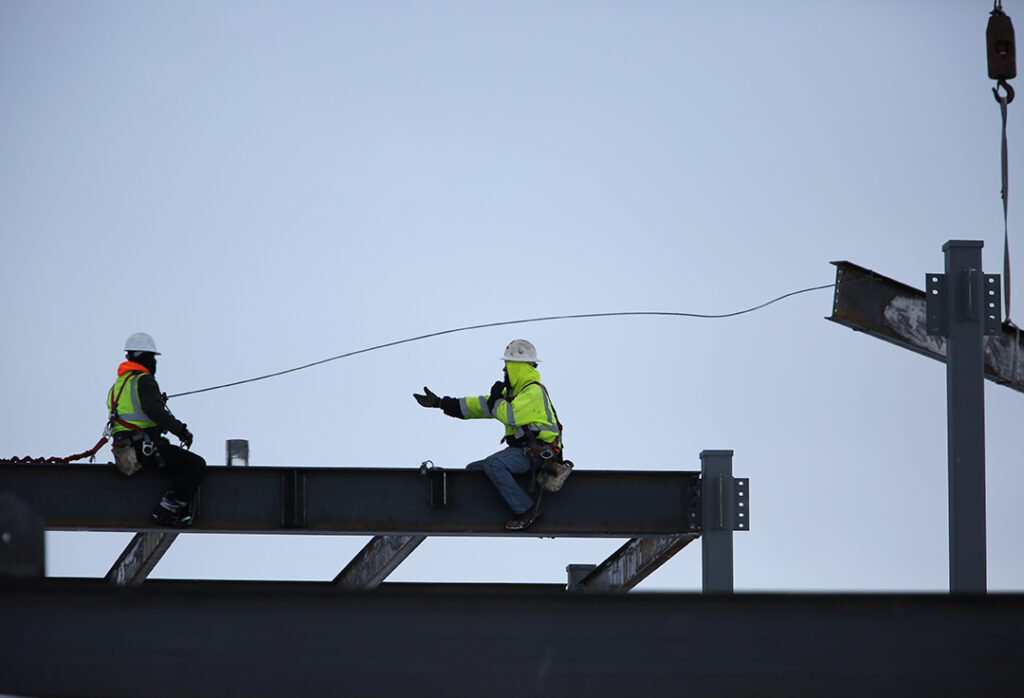 Early progress on the new Casper State Office Building can be seen on Collins on Tuesday, Feb. 25, 2020. The building, which will consolidate several state offices into one building, is expected to be completed by the fall of 2021. (Dan Cepeda, Oil City)

CASPER, Wyo. – After years of planning and a somewhat controversial removal of several small businesses, the earliest stages of the State of Wyoming Casper Office Facility are starting to take shape.

The new building will house several state agencies that are now spread around town, including in an aging building on Midwest and Center. It will eventually contain nearly 400 workers.

“We’ve got vertical elements coming out of the ground, which is pretty exciting to see take shape,” said Casper City Manager Carter Napier.

“Everything seems to be on track relating to budgetary concerns and the timeline as far as I know,” he said.

The contractors started work on the project last month, after the land was cleared and prepared late last year.

“They’ve been working really well considering the weather, which I commend them for,” said Napier.

The project is scheduled to be complete by fall of 2021. A number of landscaping and beautification projects for the area are in the works, some of which are in the bidding process.

During the latest task force meeting last month, organizers discussed a public groundbreaking ceremony to be scheduled when weather is more agreeable.