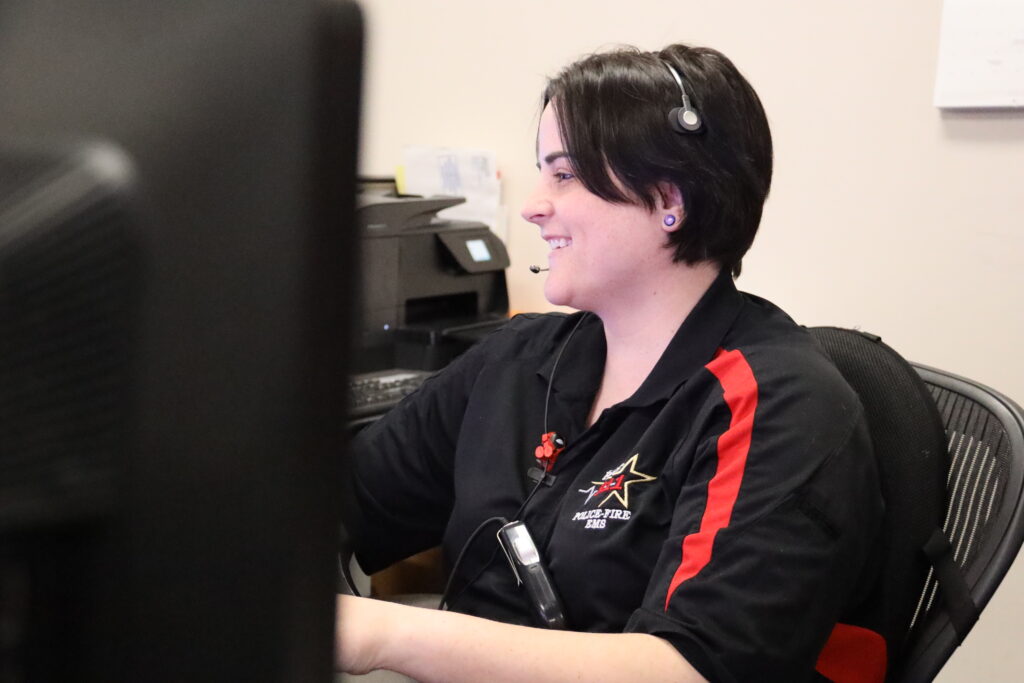 (Courtesy of Casper PD and PSCC)

“Thank you to our dispatchers,” Casper Firefighters said on Facebook. “24-7, they are a vital part of keeping you safe.”

“How smoothly any incident unfolds is the direct result of how our dispatchers respond and the resources they send,” NCFD said on Facebook. “These men and women dispatch all emergency responders to the scene and talk directly to the people who call asking for help. Often they are overlooked because they are not the ones riding to the scene on emergency apparatus but they are absolutely critical in every emergency situation.”

“Even though they are on the phone, they are with everyone who calls 911 with a calm and reassuring voice, all the while relaying crucial information to those responding. We are very fortunate to have such dedicated and professional dispatchers who are always dealing with stressful situations. We know it’s not much, but we would like to say thank you.”

“Police officers often get the credit for being the front line of public safety, when in reality, we’re not,” Casper PD said on Facebook. “When you call us, you’re actually calling a team of selfless behind the scene heroes, who, through a phone, save lives every single day.”

“It’s National Public Safety Telecommunicators Week. In Casper, that means we are saying thank you to the Casper-Natrona County Public Safety Communications Center and their team of dedicated dispatchers. These men and women are here to answer your call for help 24 hours a day, 7 days a week, every day of the year.”