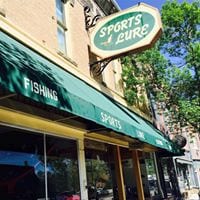 CASPER, Wyo — The U.S. Small Business Administration (SBA) has released new figures for loans made through the  Paycheck Protection Program (PPP) and testimonials from small businesses that have received them.

As part of the CARES Act signed in March by President Trump, $350 billion was provided through the PPP which saved millions of jobs at businesses nationwide, according to the SBA. At the end of April, an additional $310 billion in PPP money was added to support additional forgiveable loans to businesses in both rural and urban communities.

Lucas Todd, owner of the Buffalo, WY staple The Sports Lure, told the SBA that  closures and stay-at-home orders had cut consumer traffic and sales by 30 to 50 percent. “Obviously, that hinders positive cash flow and makes meeting payroll and overhead obligations very difficult.”

“Our primary community lender approached us and led us through the whole thing,” explained Todd. “It was very seamless and easy, all due to a very conscientious lender. – Steve Reimann, ANB Community Bank President.”

“The Sports Lure is truly an anchor for business in Buffalo, having been in operation for more than 50 years and drawing customers from around the region, not just Johnson County,” said Reimann.

“Our experience throughout this process has been excellent,” Todd said

As of today, over $100 billion in PPP money is still available for new loans.

For additional resources and a list of lenders participating in the Paycheck Protection Program, visit www.sba.gov/PPP.