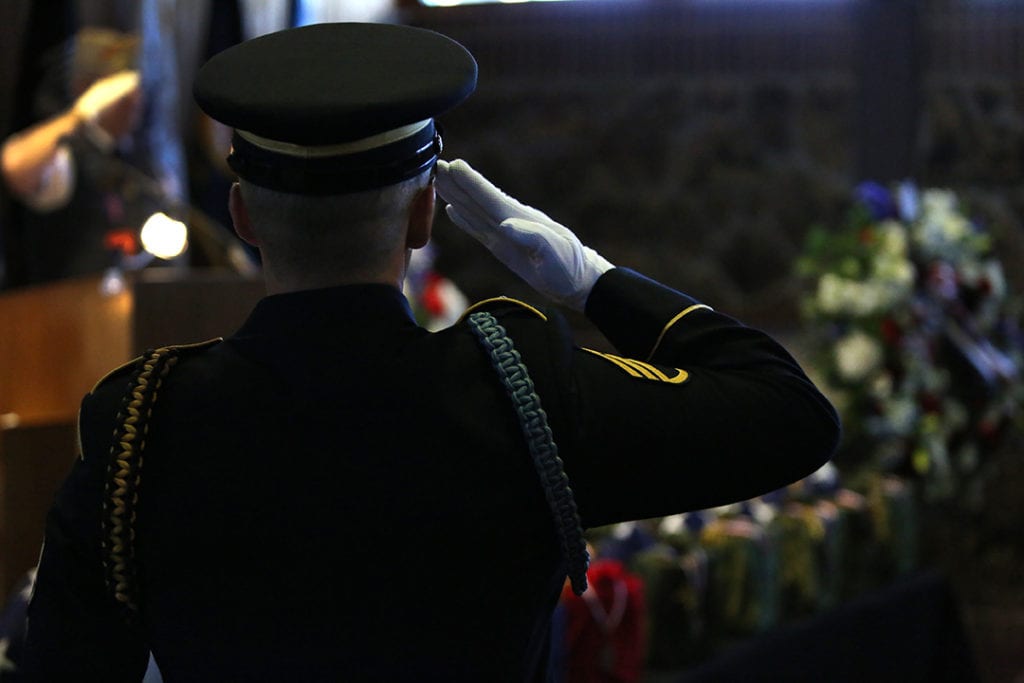 “16 are veterans and two of the veterans have their spouses with them,” said Tammy Mansfield, who works with the Missing in America Project. “We locate, identify and inter veterans and family members of veterans who are eligible for burial in state and national cemeteries.”

“This particular group of people, they are kind of orphaned. When there is no one to come get them, Missing in America will step in and do the paper work and make sure they get to where there are supposed to be, which is interred.”

Mansfield explained that the veterans and their spouses died in Sheridan County and their remains will be brought from the Champion Funeral Home of Sheridan to Evansville on Friday morning.

When they arrive at the Oregon Trail State Veterans Cemetery, the Wyoming State Patriot Guard Riders will do a flag line along the entryway to the cemetery. The interment ceremony will begin at 10:30 am.

“We’ll have a chaplain and we’ll read their names and they’ll receive their military honors,” Mansfield said.

Veterans, veteran’s organizations and others may attend the ceremony, but the Oregon Trail State Veterans Cemetery are limiting the number of people who may enter the chapel to 50. Masks will be required.

Among those whose remains will be interred Friday are a World War I veteran and a World War II Army nurse, according to Mansfield.

She added that the process to bring the veterans and their spouses to their final resting places takes time.

“It’s kind of a process I think I started last August,” Mansfield said. “The intent of MIAP in Wyoming is hoping to travel throughout the state. Sheridan County is kind of complete at this point and we’ll be moving on probably to Johnson County next.”

Mansfield says beginning the process of locating and identifying orphaned veterans in Johnson County will happen “whenever I have energy. My husband is currently deployed so I’m kind of home alone with kiddos. But probably in the fall when the kids go back to school, I’d have time to start the next group.”

She noted that an interment ceremony for 23 orphaned veterans took place at the Oregon Trail State Veterans Cemetery on Sept. 18, 2019.