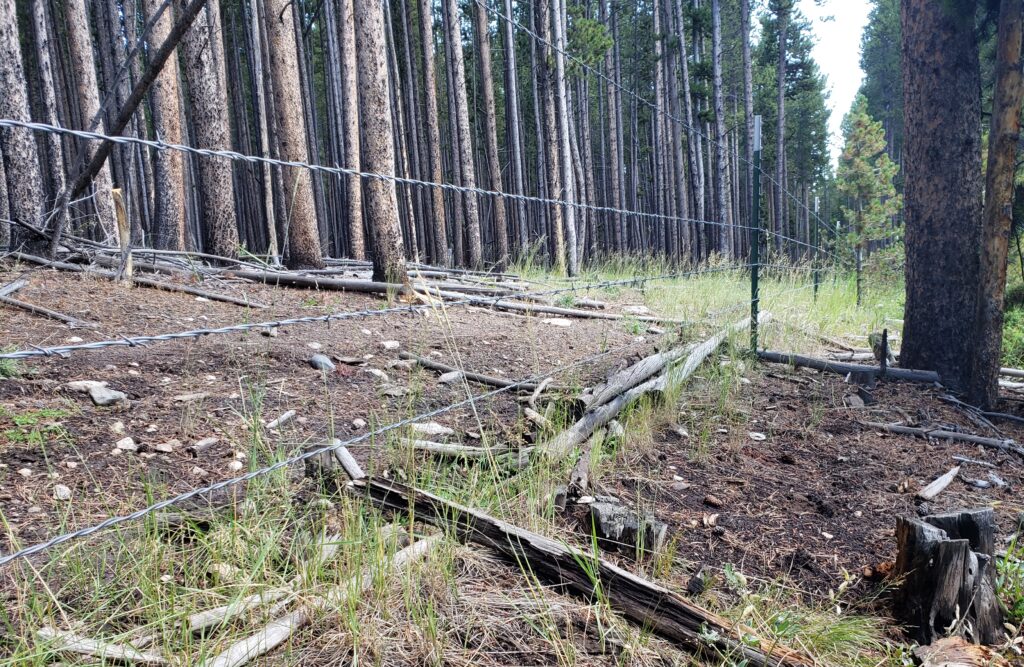 CASPER, Wyo. — The Wyoming Game & Fish Department said on Wednesday, Aug. 5 that a project to add wildlife-friendly fencing west of Buffalo in the Bighorn Mountains is underway.

“The fencing will happen as part of a repaving project on Highway 16 between mile markers 43 and 63,” the announcement states.

Wyoming Department of Transportation contractors are carrying out the work which is budgeted under the State Transportation Improvement schedule using Ten Cents fuel tax funds.

“This is a high use area for deer, elk, and moose, which requires them to navigate the busy highway as well as the adjacent fences,” Buffalo Wildlife Biologist Cheyenne Stewart said in the release. “Presumably, if these large ungulates spend less time navigating fences adjacent to roads, it will reduce the risk of wildlife-vehicle collisions as well as injury and separation of adult animals from their young.”

The various aspects of the project include specifications agreed to by Game & Fish, WYDOT and Bighorn National Forest personnel.

One aspect of the project involves adding new wooden rail fence “on both sides of the highway for 3.5 miles between Powder River Pass and the Leigh Creek Dump Station.”

“The current fence consists of woven wire with a single strand of barbed wire on top,” Game & Fish said. “It will be replaced by a wooden fence with two horizontal rails,with a strand of smooth wire below and two strands of wire between the rails. This design is intended to keep domestic sheep from crossing the fence, but allows wildlife such as deer and elk to move over it.”

The U.S. Forest Service requested the wood rail fence design, according to WYDOT.

“Typically the landowner, in this case the Forest Service, may request a specific type of fence be installed as long as it meets our standards,” WYDOT District 4 Public Involvement Specialist Laura Dalles said in the release. “Because this construction project is along a scenic byway, this type of fence is commonly requested and installed.”

Another aspect of the project involves adding lay-down fences which Game & Fish says are 50 foot fence sections where the poles can be dropped down and wire can be pulled back “like a gate.” These fences will be installed in three locations on both sides of the highway.

“Where the landscape topography already facilitates wildlife movement, particularly for moose, the fence will be able to be laid down during times of the year when livestock are not present, allowing for easier movement,” Dalles explained in the release.

Another aspect of the project has already been completed.

“Crews have completed modifications on five miles of existing wire fence on the north side of the highway between Hazelton Road and Powder River Pass,” Game & Fish said. “These modifications removed one of the four  barbed wires, lowered the top wire from 45 to 42 inches and raised the bottom smooth wire from 12 to 16 inches.”

“The top two wires are spaced 12 inches apart, minimizing the chance of entanglement when an animal jumps the fence.”

Stewart explained further: “Increasing the height of the lowest wire from the ground allows fawns and calves to crawl under the fence. Lowering the top fence wire makes it safer for adults to jump the fence, particularly when the fence is perpendicular to a slope, making the effective fence height even higher.”