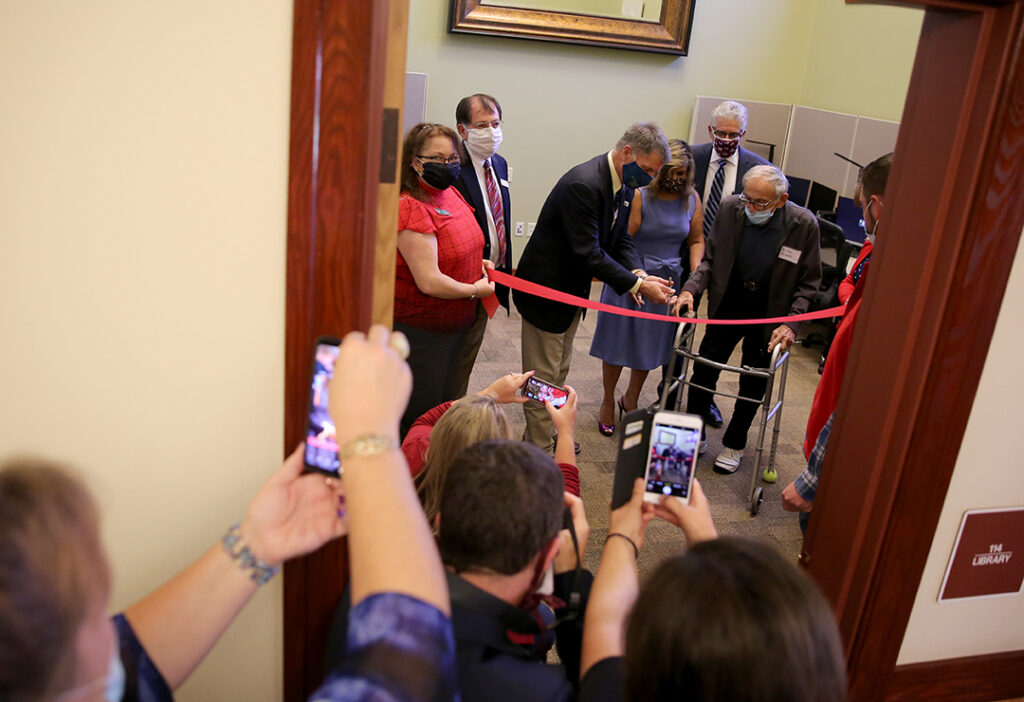 CASPER, Wyo. – Wyoming is a state known for its wide-open spaces, natural beauty and a population that prides itself on rugged individuality.

It’s also a state that consistently ranks at or near the very top in suicide rates per capita. In spite of that grim statistic, the state never had its own suicide prevention hotline until now.

On Tuesday, that changed when the Central Wyoming Counseling Center launched the state’s first-ever suicide prevention hotline during a ceremony.

“We want anyone who is experiencing feelings of crisis or potentially suicidal thoughts to reach out. There are people willing to listen and help, and resources available,” said Injury and Violence Prevention Program manager with WDH Lindsay Martin in an earlier press release.

CWCC’s CEO Kevin Hazucha said the process for the call center started in late 2018. In January they met with Gordon, and after an RFP was issued they were given the go-ahead.

There will initially be three trained staffers on call, according Hazucha. “We’re hoping eventually to ramp this to a 24/7 site.”

Currently the center will operate from 4 p.m. to midnight five days per week.

“We’ve gotten statistics from the National Lifeline determining when the highest call volume occurs so we matched our staffing to that,” he said.

“Wyoming has a frontier mentality where you can go it alone, so we’re hoping this lifeline helps remove some of the stigma so people can call and ask for help when they need it.”