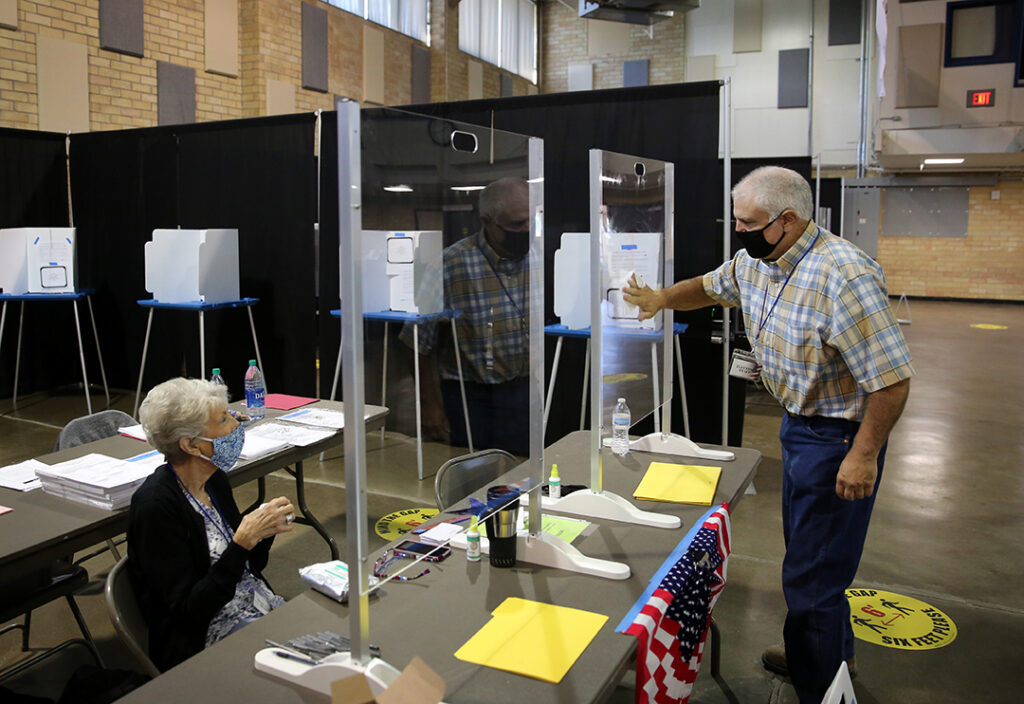 Studer carefully slid disinfecting wipes across the plexiglass that separates poll workers from the public, and any other surface he could reach along the polling booths, pens and tables.

These are some of the COVID-19 measures put into place at polling stations around the state for the 2020 primaries.

Even with the precautions, thousands of citizens have decided to cast their vote with absentee ballots.

“Absentees are up, of course,” said Natrona County Clerk Tracy Good by phone on Tuesday afternoon.

Good said so far the office has received around 6,000 absentee ballots as of Tuesday morning. Ballots from Tuesday’s mail have not yet been counted.

In comparison, the office received around 3,500 absentee ballots during the 2018 primary.

People who have chosen to vote at the polls seem content, at least from initial reports. “I haven’t heard a peep or any grumblings at the polls as far as social distancing,” she said.

Polls will be open until 7 p.m. today.