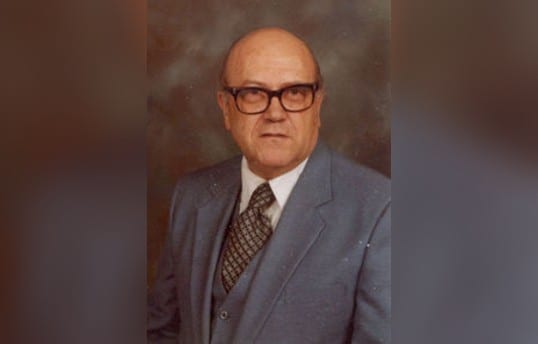 CASPER, Wyo. — Center Street Bridge in Casper will be named in honor of Dr. Leonard L. Robinson, a World War II veteran and survivor of the Bataan Death March.

A dedication ceremony for the naming of the bridge will be held at 5 pm Tuesday, Sept. 8. Governor Mark Gordon, Speaker of the Wyoming House of Representative Steve Harshman and Major General Luke Reiner, Adjutant General for Wyoming, will be special guests at the ceremony.

The ceremony will be presented by the Friends of the Wyoming Veterans Museum, according to an announcement posted to Visit Casper’s website.

“Center Street Bridge will be named in honor of Dr. Leonard L. Robinson’s dedication to his country by serving in World War II where he endured and survived the 1942 Bataan Death March and slavery in Japan for 3 1/2 years,” the announcement states. “After returning home he dedicated his life to helping others less fortunate.”

Food will be served for $10 a plate starting at 5 pm with the dedication set to take place at 6 pm.

The dedication will take place after Gordon signed House Bill 96 into law on March 23, authorizing the dedication of the bridge.

Robinson was born on July 30, 1919 and died on Dec. 9, 2014, according to his obituary on Bustard and Jacoby Funerals’ website. That obituary reads in part as follows:

Dr. Robinson was known throughout the nation as a survivor of the Bataan Death March and a prisoner for three and a half years to the Japanese during World War II in a forced labor camp.

This was only a small fraction of who he was. Before World War II he began a career as a semi-professional golfer. He had a degree in engineering, helping to design the ejection seat and a Doctorate of Theology through Northwestern University.

However, he cannot be measured in the places he lived and the degrees he held, but by a life guided by principles, love and acts of kindness. Two main principles he held were that all people are made in the image of God and are to be treated with upmost dignity and secondly that each person has the right, obligation and liberty to find their own path with God.

His love came through his ministry beginning in a Washington lumber camp, and formally ending in North Casper. In retirement he became the pastor of veterans, bikers, rodeo cowboys, the sick, and the common people of town. He loved his late wife Erma, his children Pam, Rob and Paula, his grandchildren Dale and Julie Chelewski and extended family Ray Chelewski and Jewell Taylor.

His acts of kindness were shown in working with youth, convicts, homeless, veterans with trauma, sick, and all types of people. His great love of veterans was shown by volunteering to conduct any funeral for anyone who needed a minister.

Leonard Robinson fought the good fight, he kept his faith, and made the world a better place. May he rest in peace.

The bill signed by the governor appropriated $5,000 to install signage on the bridge.