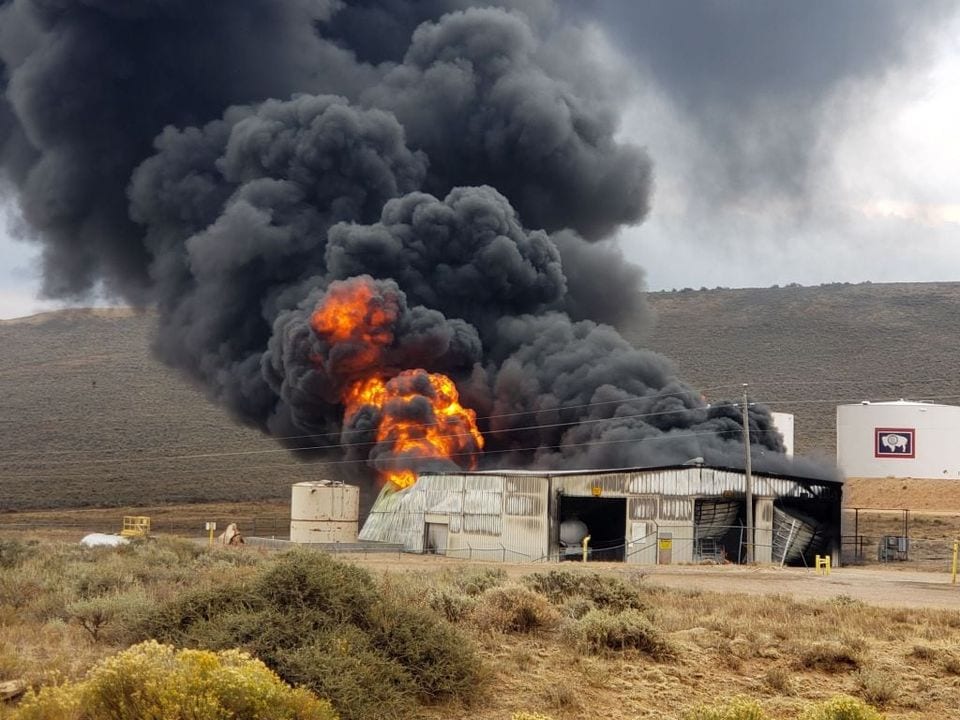 CASPER, Wyo — 2 people have been transported to Evanston Regional Hospital with burn injuries following an explosion and fire at the Silver Eagle Refinery east of Evanston, Wyoming, according to a Uinta County Fire and Ambulance social media release Saturday.

The Uinta County Sheriff’s Office and county fire and EMS crews responded around 10:21 a.m. Saturday, September 19 to a report of an explosion at the refinery’s loading rack area, where two trucks were loading at the time of the incident.

The fire was contained to the loading facility and caused no damage to the refinery itself, the agency said.

“Crews are allowing the fire to burn itself out and maintain protection for other exposures and facilities,” county fire officials said, and added that the structure of the loading facility had collapsed in the fire.

The cause of the explosion and fire are under investigation.