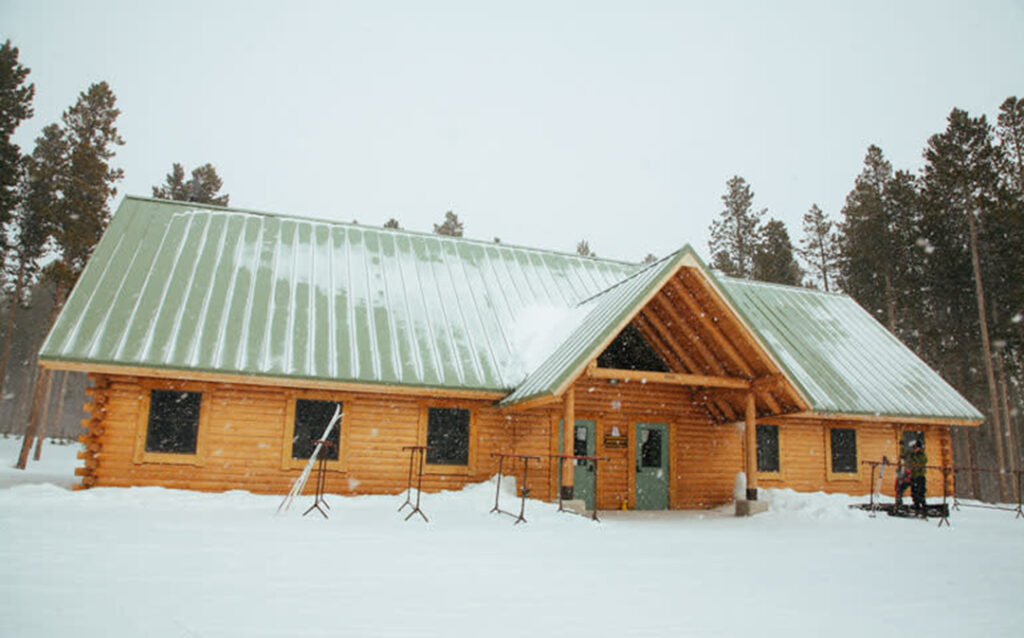 CASPER, Wyo. — The Casper Mountain Trails Center is being demolished due to structural issues which led to the closure of the facility in the spring.

The demolition began on Monday, Nov. 2 and is expected to be complete by the end of the week, according to an update included in the Natrona County Parks Board’s meeting agenda.

Lyle Murtha with Stateline No. 7 Architects held a charrette on Oct. 27 “in order to gather information on what the public wanted to see in a new Trail Center,” according to the update.

Murtha is preparing ideas for the new Trails Center and the Beartrap shelters to present to the Parks Board and the Natrona County Commission.

Until there is a new Trails Center, the county plans to offer a temporary structure on Casper Mountain. That 14’-by-40’ modular cabin will include bathrooms, a gathering space and counter space.

The Parks Board update states that the temporary shelter was initially scheduled to be on site on Oct. 26. However, the structure was held up in Montana “due to an inspector having problems certifying it for the ADA compliant bathrooms.”

The update states that paperwork is being completed to allow the building to be shipped to Wyoming as a commercial building.

The Parks Board will be holding a meeting at 5:30 pm Thursday, Nov. 12 at the Natrona County Courthouse where they will discuss the Trails Center, the Beartrap shelters and other items.

The Casper Mountain Trails Center was built in 2003 with the help of volunteers. Structural issues began to present in February as the walls showed signs of settling and were pulling back from the roof gables on the back side.

The presence of an underground spring directly below the lodge is responsible for many of the problems, according to consulting engineer Bob Lower. Water was also persistent in a crawlspace beneath the kitchen area, and mold was a problem in general.

The lodge also did not have a “cold roof,” which Lower explained meant that there was no airspace between the roof and the interior ceiling. Without that space, heat from the structure consistently melted snow which refroze in heavy sheets and created consistent stress on the architecture.

That snow and ice, once separated from the roof, collected on the side of the building, and the wood structure absorbed and was further warped by that moisture, Lower said.

The Natrona County Commissioners heard the final assessment for repair costs at their September 1 work session and found them prohibitive. County parks director Mike Haigler, joined by Lower and Co. Engineers and Stateline No 7, concurred with insurance investigators on the facility’s problems and final cost-to-fix: $64,000 for minor repairs and $240,000 for major repairs.

Haigler noted that repair efforts might unveil more problems and costs. The commissioners were in agreement that the better plan was to scrap the facility and start afresh.

Haigler and Natrona County Attorney Eric Nelson said they were confident a new facility could be built by the winter of 2021-2022.

The lodge had been constructed through largely by volunteers, with help from a local construction company and county Road and Bridge resources, according to Haigler. He said there hadn’t been extensive engineering or soil testing done at the time, and some additions had been created during the construction process.

“We learned some lessons,” Haigler said, adding that, for the new facility, “We’re going to do it right.” That means extensive engineering and soil sampling and a solid architectural design from the outset.

The county operates the Casper Mountain Nordic Ski facilities under leases from the City of Casper.