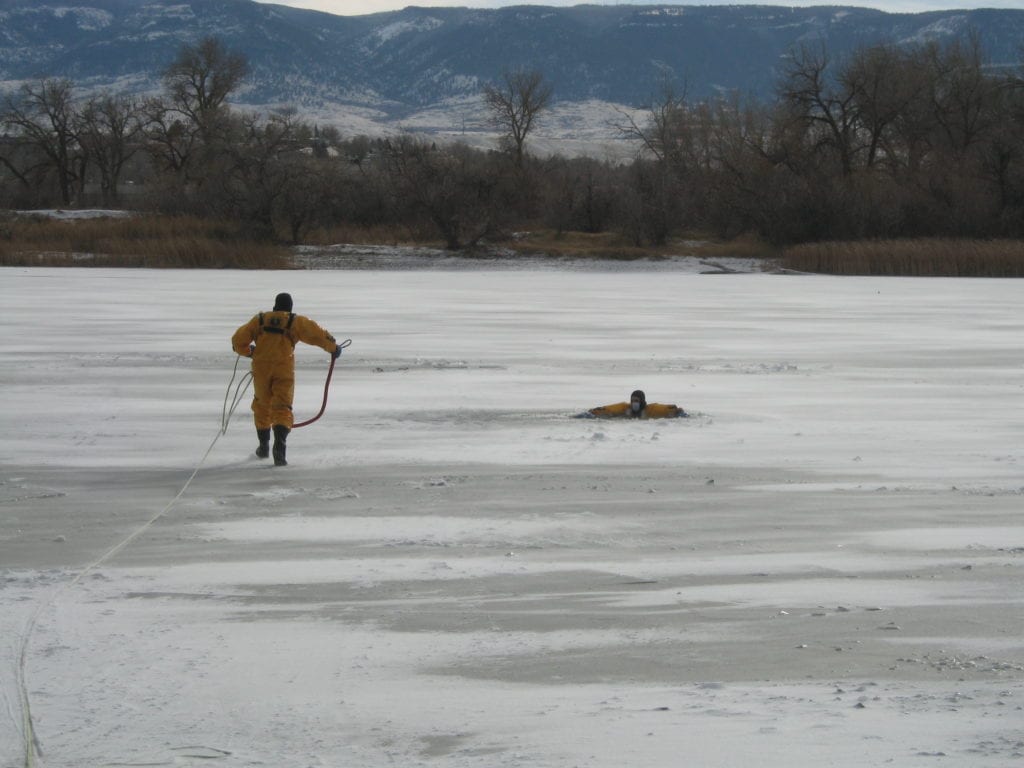 Captain Pat McJunkin told Oil City News that crews respond to one to three ice rescue calls every year.  He said people often get into trouble this way by thinking they can cross the frozen river or pond as a shortcut.

Children indulging their natural curiosities are also at risk, McJunkin said, and added that parents should inform their children of the dangers if they haven’t already.

McJunkin said the ability to “read” ice is critical, and a visual assessment is most effective. Clear ice is more solid, and cloudy, hazy ice or ice covered in slush and water is more “likely to fail.”

Engine 6 are Rescue Truck-1 are fully equipped with the yellow dry suits and inflatable rescue sleds.  McJunkin  said the suits do a good job insulating.

“He’s probably a little warm,” he said of the suited firefighter floating in the icy pond awaiting “rescue.”

The river is the worst place to have to effect a rescue, McJunkin said, because the strong current can carry victims under the ice; rescuers themselves have nearly become victims in these scenarios.

McJunkin said it is possible to revive someone who has been submerged for ten minutes or more, and that the cold helps to preserve the body’s vital systems.

There is even a documented case of someone being revived after 30 minutes submerged, he said.