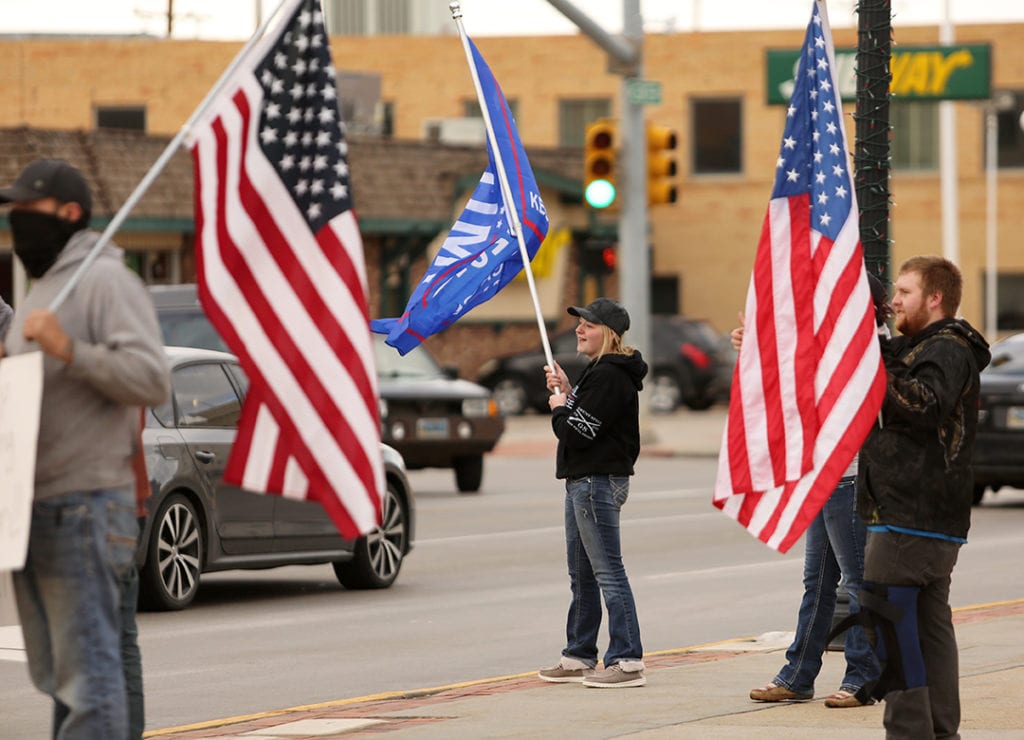 Lexis Mann, 18, center, waves a Trump flag during a gathering of supporters at Pioneer Park on Thursday afternoon in Casper. It was the second afternoon a group of pro-Trump supporters gathered at the park. (Dan Cepeda, Oil City File)

CASPER, Wyo. – Several pro-Trump supporters gathered again at Pioneer Park across from the Natrona County Courthouse to show their support for the president on Thursday afternoon in Casper.

A handful of protesters first peacefully gathered at the park on Wednesday afternoon after hundreds of Trump supporters overtook the Capitol building in Washington, D.C.

“I saw it on Facebook and decided to drive around,” she said, waving a Trump banner. Other protesters waved American flags, and thin blue line flags.

“When the kids get out of high school we’re all going to have a little parade downtown,” she said.

The group received hand signs, honks and shouts of support as cars drove by. One vehicle stopped to show off a Biden/Harris banner they had painted with obscenities, which elicited cheers from the protesters.

On Wednesday, organizers said they would gather at least through the 20th, inauguration day to support Trump, who, despite having dozens of lawsuits dismissed and being rebuffed by bipartisan election officials, claims he lost the 2020 election due to voter fraud.