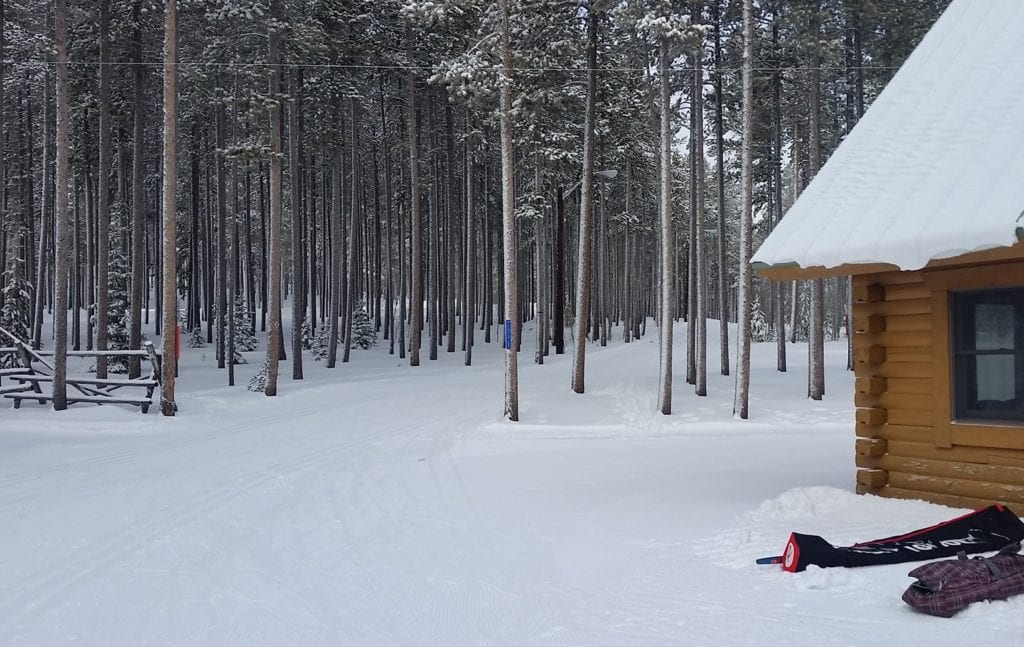 CASPER, Wyo — A permanent replacement for the Casper Mountain Trails Center is looking less likely to be completed in 2021 as architects and county planners seek a balance between budget and grandeur in the redesign process.

A trio of redesign concepts by architects Lyle Murtha and Matt Fridell presented to stakeholders in December came in between $2 and $3 million .

At a work session January 5, the Natrona County Commission said that there were cheaper options that could be fabricated to-order and could still satisfy many items on the stakeholders’ wishlist, including waxing facilities and bathrooms that would be accessible at all hours. A catering kitchen would at least be included, but whether or not a full-service kitchen would be included is unclear.

Stuart Hill, a Parks board member and one of the stakeholders who provided input on the architects’ designs, said again that a larger parking lot was crucial.

In December, stakeholders agreed that the most far-reaching redesign concept presented was the most desirable., a design which featured the largest parking lot.

Haigler said that even with the scaled back dimensions initially, additions to both the parking lot and the re-designed Lodge itself could be made in the future.

The board agreed that a 2022 date was a more realistic completion at this point.

Parks Board liaison and County Commission Vice Chair Brook Kaufman said that discussions were currently underway with potential partner organizations that might help the county get “more building for the buck.” She said more information on those discussions would be available in the coming weeks.

A modular unit sits at the site currently, and will remain a county asset when the new lodge is complete.

The original Casper Mountain Trails Center was built in 2003 with the help of volunteers led by members of the Casper Nordic Club and Brubaker Construction.

It hosted events from cross-country ski meets to weddings, providing shelter and hot meals to trail users. Casper Mountain landowner Tracey Lamont described it as a “rallying point” for recreationalists and the community at large.

The facility began to present structural issues in February and was deemed unsafe to occupy in May.  The demolition of the lodge took place over the first week of November.