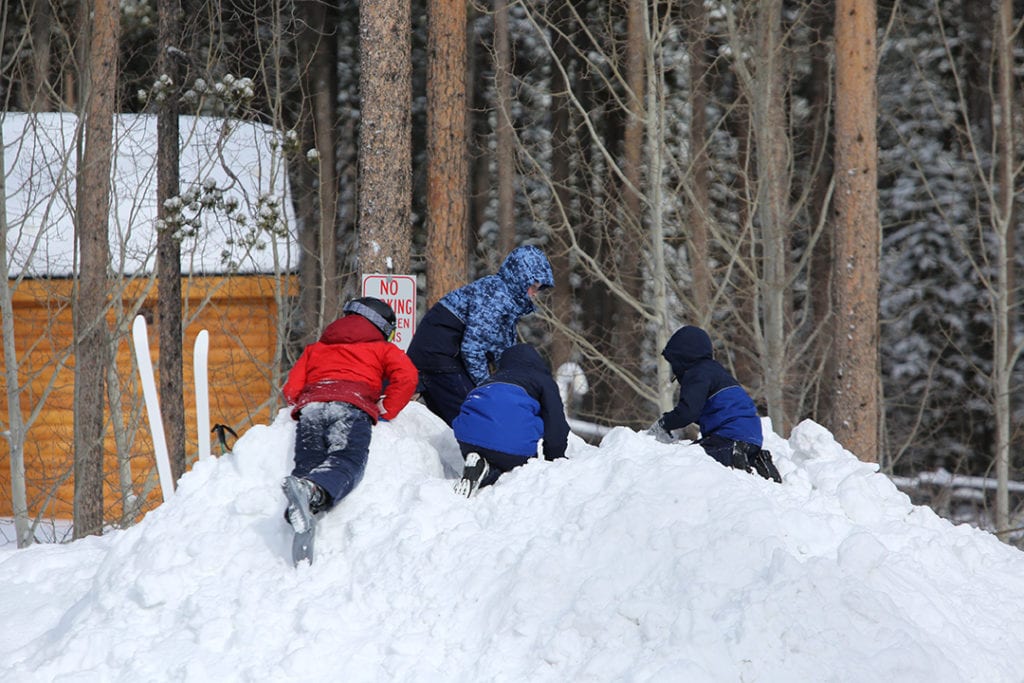 CASPER, Wyo. — After the Casper Mountain Trails Center began to present structural issues in spring 2020, the facility was deemed unsafe to occupy in May and the lodge was demolished in the fall.

Since Natrona County School District students are among some of the major users of the facility, Natrona County Commission Vice Chair approached the NCSD Board of Trustees with a request that the school district partner on plans to build a new facility.

Kaufman said that the county is still working to finalize plans for a new facility but said that a new facility is expected to cost about $2 million. A trio of redesign concepts by architects Lyle Murtha and Matt Fridell presented to stakeholders in December came in at cost estimates between $2 and $3 million.

NCSD Superintendent Mike Jennings said that “a few hundred” students utilize the Nordic ski trails. He added that the school district would have about $1 million in recreation fund dollars available for their up-coming budget.

NCSD Board Chair Ray Catellier said that recreaction fund dollars are the only source of funding the district is considering using to support the project. He noted that the funding comes from the recreation mill levy and can only go toward recreation in the county and “cannot be used to pay for teachers or education.”

“I think we would have to use Rec Board money, because we have no other money,” NCSD Trustee Debbie McCullar said. She added that she thought the district should support the project and that “all the time I am seeing a bunch of retired teachers and their pals up there. I know that mountain is getting a lot of use.”

Kaufman said that the first step would be to invite the school district to the table in terms of further planning for a new facility. She said the county would be open to discussion about what level of funding the district could provide.

Trustee Dave Applegate suggested that the Board of Trustees Infrastructure Committee could assign someone to participate with the county in architectural design meetings.

Catellier noted that the district was able to utilize the previous lodge without paying any fees to the county and said he though that had “kind of been a boon to the district over the years.”

“I think the district really benefits from the facility up there,” Applegate said. “I think it is outstanding.”

Applegate said that he didn’t view the district supporting the lodge as much different from maintaining basketball courts and football fields with the exception that the trails and lodge are owned by the county.

“I think that the use of the mountain is probably diminished without a facility there,” he added. “I assume the facility is very necessary for the competitions.”

Trustee Dana Howie said that she couldn’t picture Casper Mountain without a lodge for the Nordic trails and said she supports the idea of the district partnering on construction of a new one.

Trustee Rita Walsh said she noticed that the parking lot at the Nordic trails was “as full as I’ve ever seen it” over the weekend.

Kaufman said that the commission is working with Stateline No. 7 Architects on a design for the lodge, noting that there is a temporary facility in place in the meanwhile.

She said that while some user groups have communicated a desire for a full commercial kitchen, the commission is more likely to support a design that includes a catering kitchen, a great room, locker rooms and bathrooms.

The NCSD Board of Trustees indicated support for exploring the partnership further and having a member of their infrastructure committee meet with the commission and architects designing the new lodge.

Jennings said that the district could allocate funding from the recreational mill levy as part of their budgeting process moving into the spring.