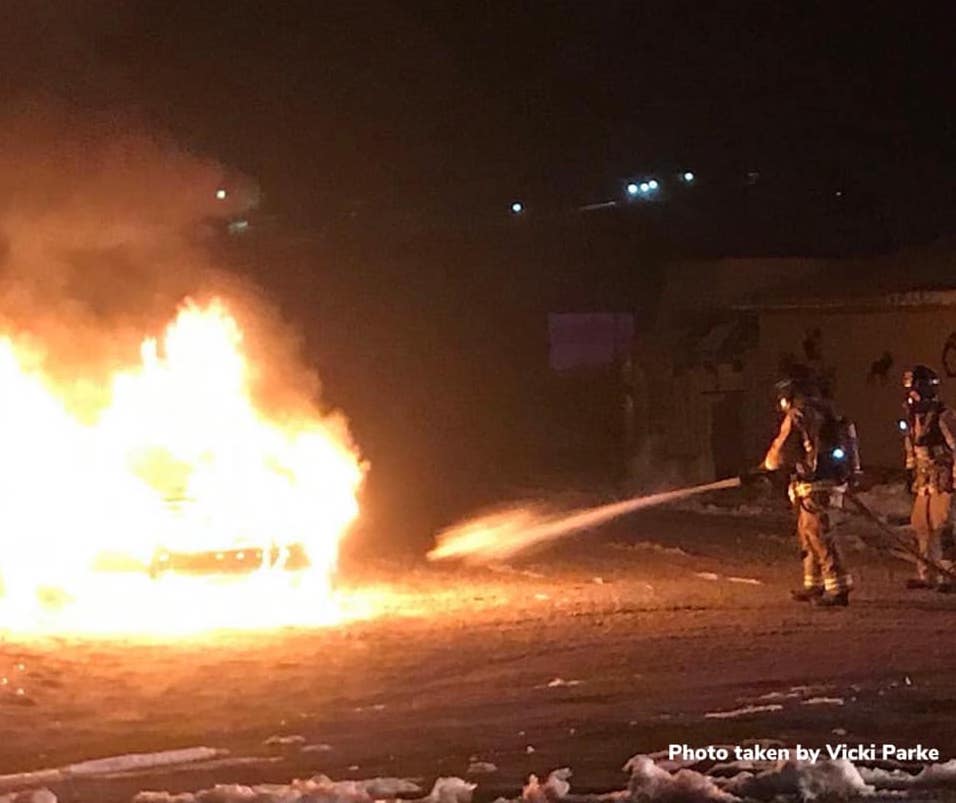 CASPER, Wyo — Natrona County Fire District and Evansville Fire-EMS responded Friday night, March 12 to a report of a truck on fire near the Lazy 8 Bar on the Old Glenrock Highway, according to an NCFD release Saturday.

Crews were dispatched around 9:15 pm and arrived on scene to find heavy fire coming from the engine compartment of the truck.

“The crews were able to knock the fire down quickly,” NCFD said, and a fire investigator was called.

Photos were taken by Vicki Parke: