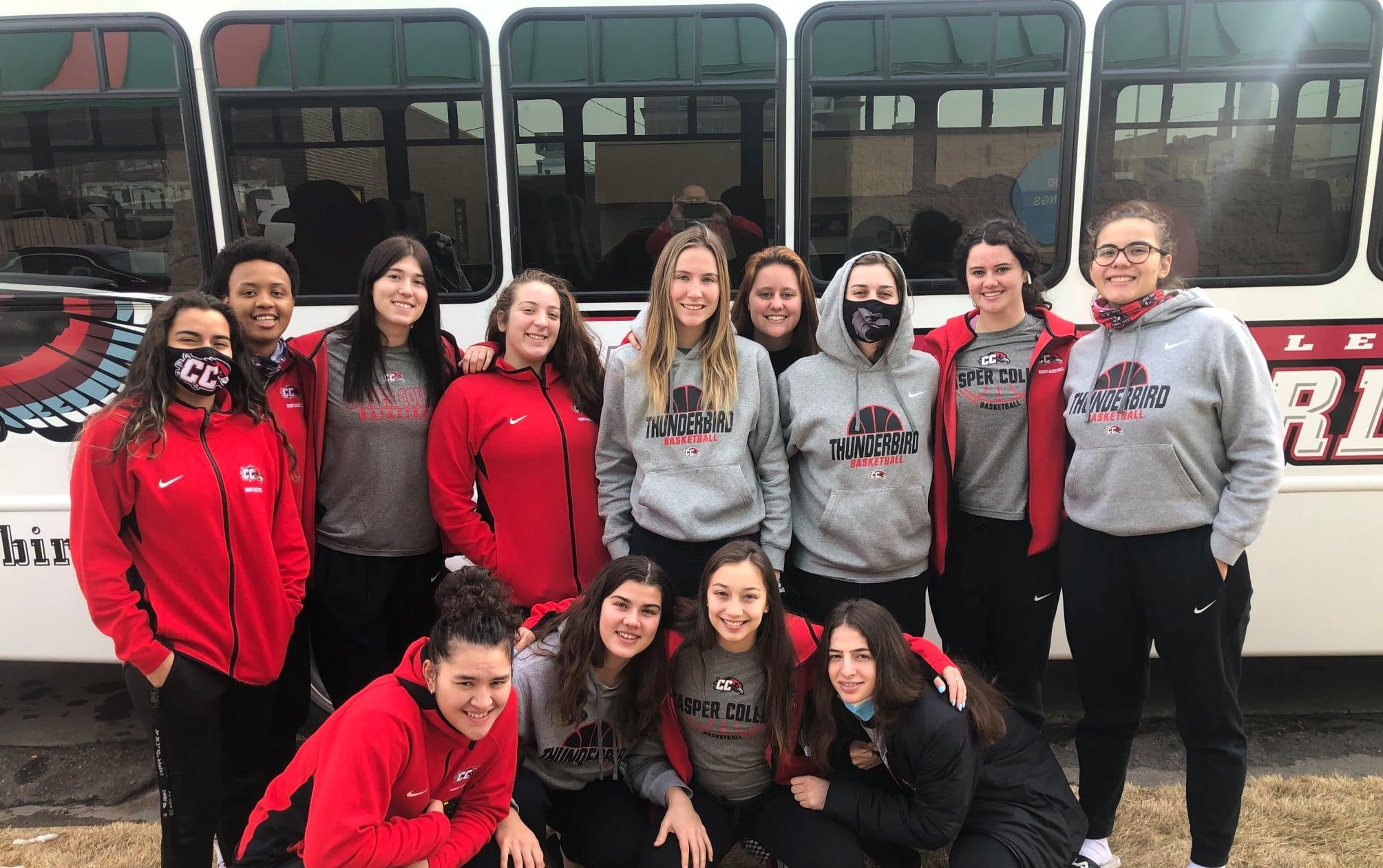 CASPER, Wyo. – With their dominating 60 point win over Central College on Wednesday, the Casper College women’s basketball team (19–0) now stands on the brink of finishing the regular season with a perfect record.

In an ordinary year an undefeated regular season would be considered a lauded accomplishment – but in a season marked with COVID-19 related complications what the-Birds have done is nothing short of remarkable.

What makes the T-Bird’s 19-game winning streak (13-0 in conference play) even more impressive is the point differential that exists in their victories. During their win streak, Casper College is averaging 83.1 points per game to their opponents 51.4. In fact, there were only four times this season where the T-Birds won a game by only double-digits.

For a complete breakdown of how the Casper College Women’s Basketball team has rumbled through their conference and non-conference schedule please follow this link.

Aside from the team’s massive 30 point differential between their opponents, the other stat that stands out is their incredible field goal percentage that would be the envy of any basketball program around the country. The team shoots an absurd 65% from the field, and a jaw-dropping 40% from behind the 3-point arc.

The Lady T-Birds run has been spearheaded by super sophomores Kobe King-Hawea and Natalia Otkhmezuri. King-Hawea averaged 15.8 points per game where Otkhmezuri posted 14.8 while shooting over 50% from the 3-point line.

The Lady T-Birds are currently ranked #3 in the nation. The squad was ranked #4 in the previous week’s poll.

Casper College’s journey toward an unblemished regular season comes to a final obstacle this weekend as they take on the Trappers of Northwest College on Saturday in Casper. This a rematch of one of the Lady T-Bird’s closest contests of the season where they outlasted Northwest 72-68 in Powell.

With a victory over Northwest College the T-Birds would finish the season at 20-0, a feat that would live on in legend for years to come.

Regardless of the outcome, the Casper College Basketball team would have much time for reflection as the post-season Region IX tournament slated to begin on April 8th, in Powell Wyoming.