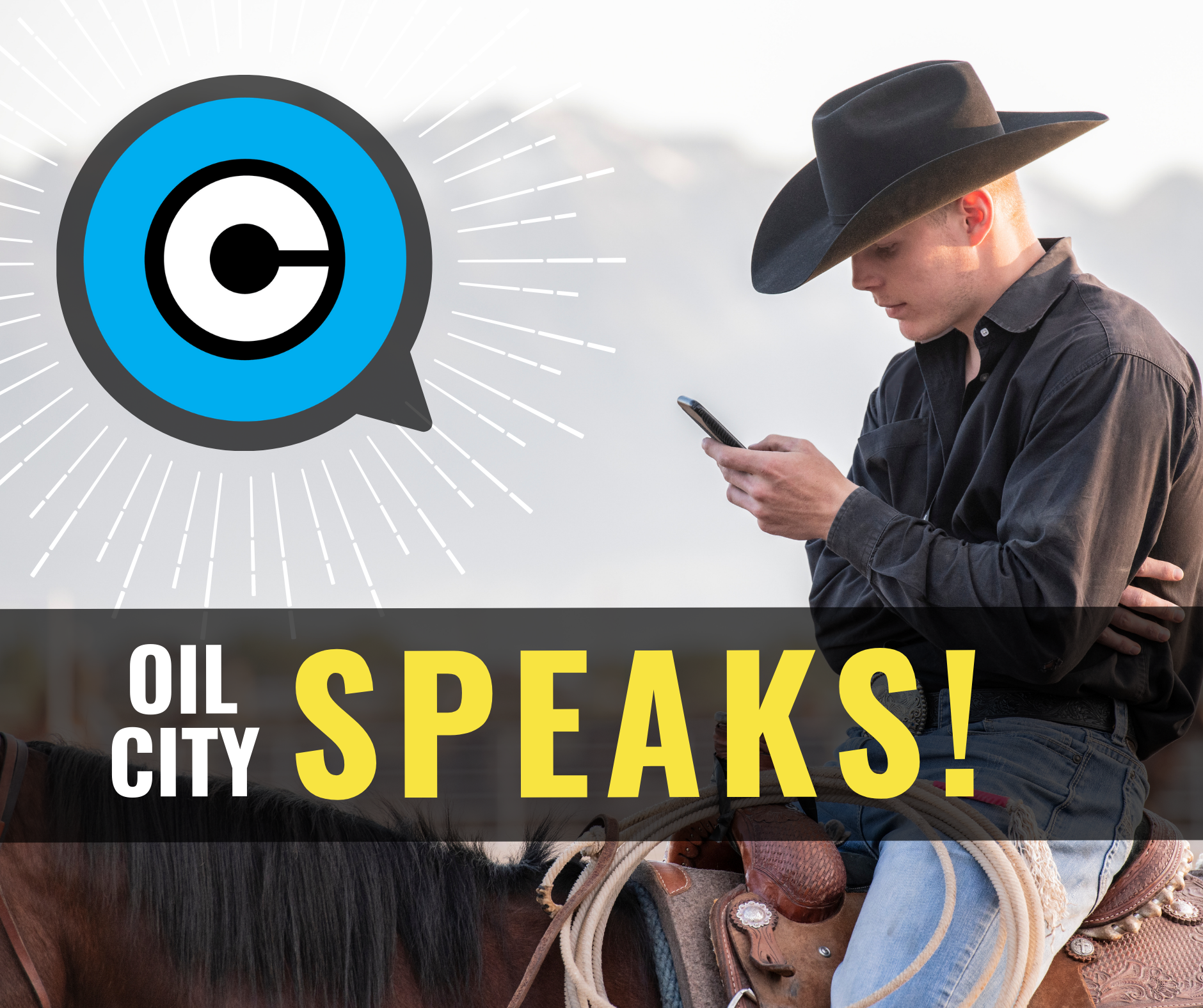 CASPER, Wyo. — Good afternoon! It’s warming up out there ahead of what could be a record hot Easter weekend in the Casper area. We found some cool conversation surrounding some hot topics for this week’s Oil City Speaks! Let’s splish-splash right on in!

The #3 nationally ranked Lady T-Birds of Casper College are looking to continue their run in the upcoming Region IX post-season tournament set to begin on April 8.

It sounds like the Lady T-Birds are inspiring some people in the community and that’s producing a positive feedback loop with people like Tim doing their part to highlight the team’s impressive achievements. A community is like a team and we like the way these comments are working together!

House Bill 207 would set aside $1.2 million for “prosecuting lawsuits against other states and other states’ agencies that enact and enforce laws, regulations or other actions that impermissibly impede Wyoming’s ability to export coal or that cause the early retirement of coal-fired generation facilities located in Wyoming.”

The House of Representatives agreed to Senate changes to the bill in a 36-24 concurrence vote on Thursday. What do you think of Chris and Shawn’s points of view? Should Wyoming seek to protect the coal industry by challenging the actions of other states? Would that funding be better spent elsewhere?

Other camping rule changes would include a rule prohibiting music that can be heard outside the campsite from between 10 pm and 7 am. Are you planning any camping trips this summer? How would such rules impact your plans? What do you think of them?

House Bill 75 would require voters to show photo ID in order to vote at the polls. While Rep. Chuck Gray (Natrona County) called the passage of the bill through the Wyoming Legislature a “victory for the citizens of Wyoming,” people like Donna have suggested the legislation is fixing a problem that doesn’t exist.

Here’s another thought-provoking comment in response the the voter ID legislation:

Nancy’s comment stuck out to us for a few reasons. She speaks from the perspective of someone who has served as an election judge and also makes a nuanced point. Wyoming voters are currently required to show ID when registering to vote, though they are not required to do so when they show up at the polls. If House Bill 75 becomes law, voters will have to do so.

Some have argued the legislation is an attempt to create another hurdle for voters while others say it improves the integrity of elections. What do you think?

House Bill 95 in its original form would have allowed people to obtain “certificates of prior authorization” allowing them to harvest road killed animals they come across along Wyoming’s roadways. The bill’s primary sponsor Rep. Dan Zwonitzer (Laramie County) said this was intended to allow people like taxidermists or scout troops to put the carcasses to a beneficial use.

But when the bill was moving through the Senate, Sen. Bill Landen (Natrona) offered an amendment to remove the “certificates of prior authorization” for harvesting road killed animals. He explained that he was concerned that people might obtain such a certificate and use it as an excuse to intentionally go out and hit animals with their vehicles and harvest them.

While the prior authorization certificates were removed from the bill, it would still allow people to harvest road killed animals they had just hit themselves or had seen be hit by another vehicle by contacting the Wyoming Game and Fish Department for permission on a case-by-case basis.

Kay’s thoughtful comment raises a point which didn’t come up during the Senate’s debate about Landen’s amendment. Would someone really look to obtain a permit to harvest road kill and use it as an excuse to go out an intentionally hit animals? Or is that imagining a problem that wouldn’t occur?

We thought we’d bring some attention to this comment since some people may not be aware that improving fish habitat is in fact one reason for the Platte River Revival Project. The project to clean up and improve the North Platte River in the Casper area has been underway for several years and part of its aim is to improve not only fish but also bird habitat.

People may need to have some patience in order to see the benefits of the work on the North Platte come to fruition: “This is a legacy project,” Casper Assistant Manager Jolene Martinez, who has been closely involved with the project, said during a discussion of the project in 2019. “The true benefits are 10, 20, 30 years down the road.”

If you keep your eyes open, there are little hints here and there of how something like river restoration inter-weaves with other things happening around the community. A leaning spruce tree that was knocked over amid 60 mph wind gusts in Washington Park will be used in its entirety in the North Platte River restoration project.

We think one of the great things about the ability to comment in response to stories is people’s ability to point out how various issues relate to one another — awareness of what’s happening in the community as a kind of team work! What do you think?