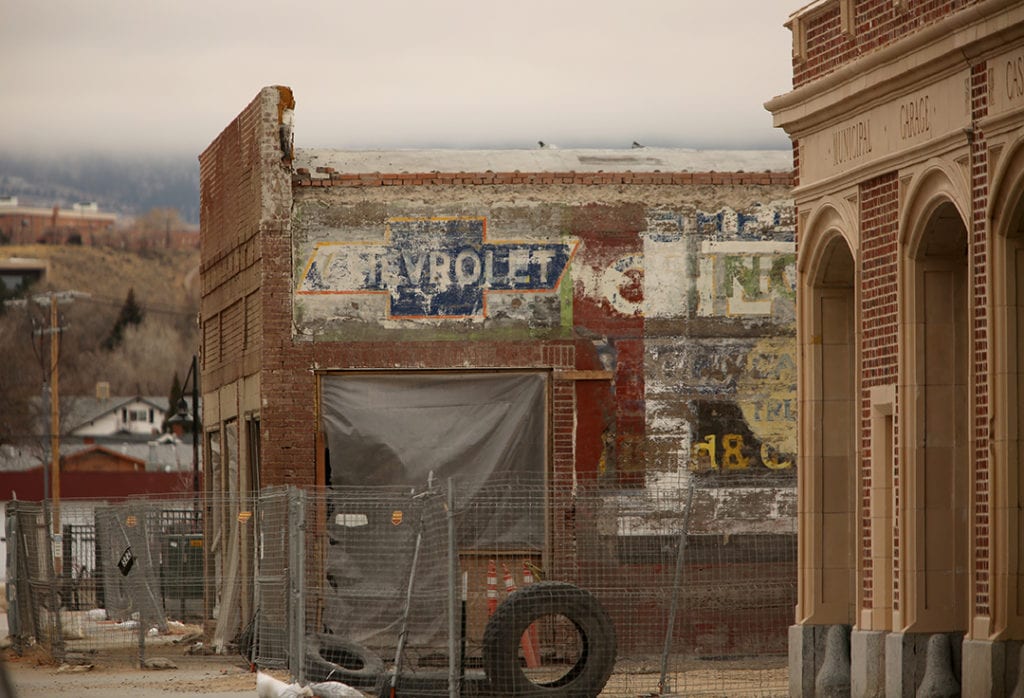 Ghost signs on the side of the former Nolan Chevrolet dealership on David Street appeared as crews stripped decades of white paint from the building recently during a restoration and redevelopment project. (Dan Cepeda, Oil City)

Downtown’s new development “The Nolan” announced on Wednesday that Blacktooth is the first business commitment they have secured. The new brewery is expected to open sometime in late 2021.

“Black Tooth Brewing Company has been dedicated to brewing our award-winning craft beer over the last decade,” Bloacktooth Owner Tim Barnes said. “We love The Nolan location and share a vision for improving downtown Casper and preserving historical elements of the iconic space. Plus, we’re going to create a great place for the community and its
guests.”

The Nolan is being developed by True Land & Realty. Property and Real Estate Development Director Martin Axlund said The Nolan hopes to add to energy surrounding development in downtown Casper in recent years.

Black Tooth is headquartered in Sheridan and was founded in 2010. They opened a second location in Cheyenne in 2020 and Casper will be the third.

“Their presence in The Nolan development will provide downtown Casper with a unique social atmosphere and serve up some of the state’s best craft beers,” The Nolan said.

The Nolan will offer both commercial space as well as residential townhomes with two-car garages and rooftop terraces.

“The Nolan will also lease space for retail shops and restaurants,” the announcement adds. “For information about retail leasing or residential properties, please call Martin Axlund at 307-266-0415.”