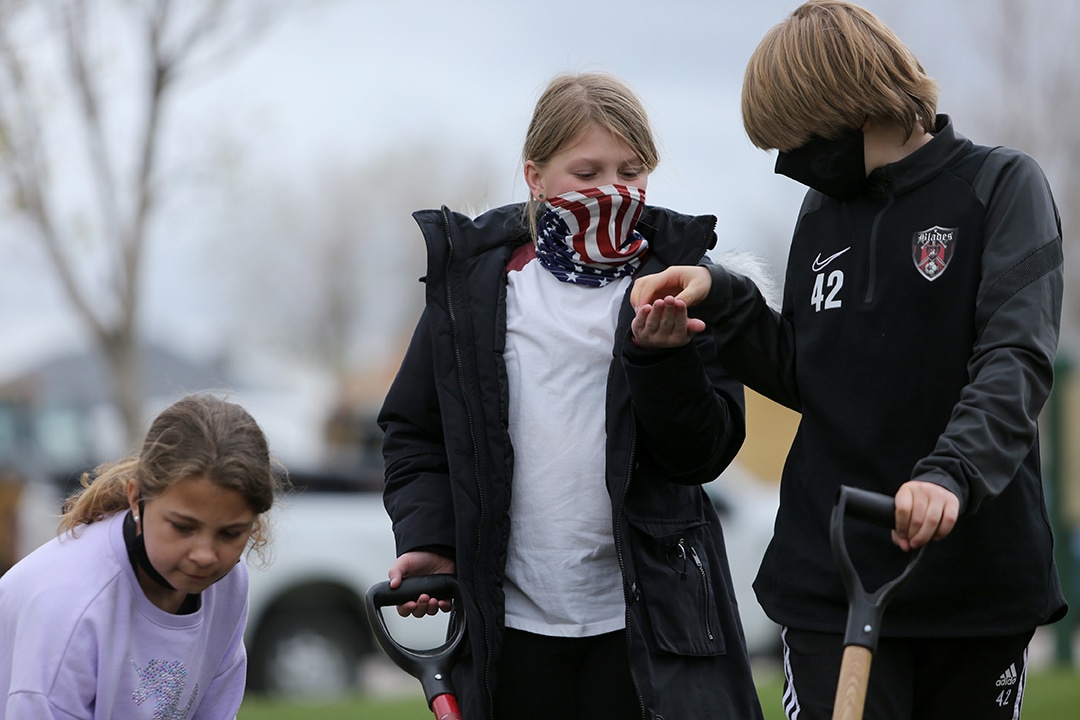 The young trees will eventually grow to replace four cottonwood trees that were removed by the city in March. The cottonwoods were over a century old and had aged out, said Keep Casper Beautiful coordinator Beth Andress. One ash and two varieties of buckeye trees were planted.

Compostable papers printed with names and messages of passed loved ones submitted by the public were planted along with the trees.

Park students learned about the trees and how they survive and are cared for, and helped to dig back in the dirt after the trees were set.

“It is always wonderful to plant trees with the kids,” said Andress. “You get to talk about trees, they ask nice interesting questions, and they get to come back here as adults and say, ‘I planted that tree.'”