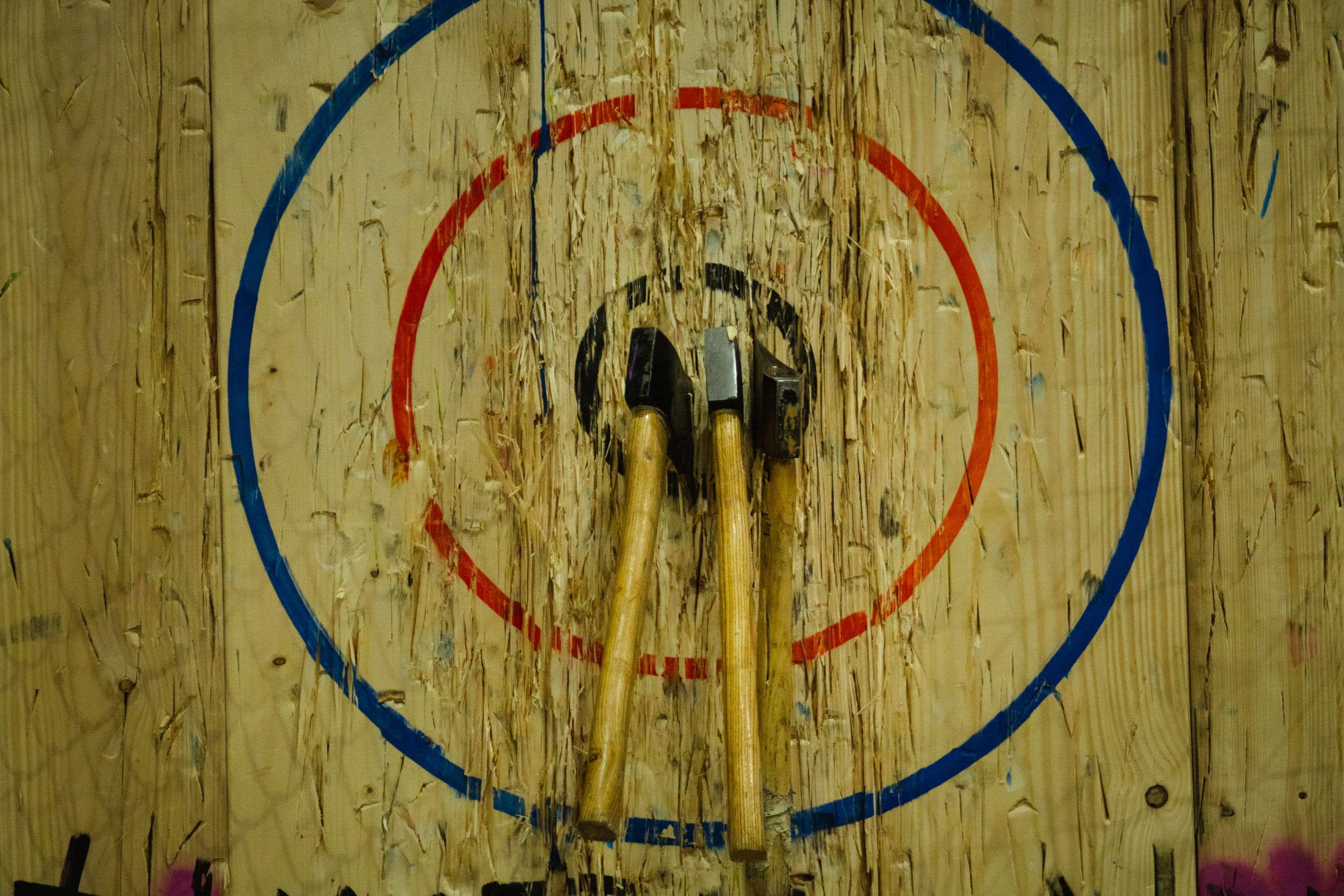 CASPER, Wyo. — Relationship and dating researcher and coach Dr. Ryan Rasner thinks Casper’s dating scene could use a boost. He also wants to find a way to make the robust academic research into dating and relationships more accessible to people outside of academia.

Rasner, a former Casper College and University of Wyoming student, completed his PhD in Interpersonal Communication from Louisiana State University in 2020.

“I want to bring what I’ve learned over the past decade of studying this stuff to Casper,” he said on Tuesday. “Casper is a smaller place. It is hard to meet people.”

Radner says sparking up the speed dating scene will bring something new to Casper. He’s organizing a “50 First Dates” speed dating event at Oil City Axe Company from 7-10 pm June 12 to get the ball rolling.

The event will include food, drinks, icebreakers, an hour of ax throwing and a raffle to win a couple’s date night. Since there will be alcoholic beverages available, this speed dating event is open to people 21 and up.

Rasner teaches at Louisiana State University and he’s also a dating coach. He hopes to find ways to engage people individually and in group settings like the speed dating event both in Casper and in Louisiana: “I’m going to travel in between the two…Depending on how this one goes, I’d like to set up more of these.”

When he was living in Casper, Rasner said he “always had a real hard time meeting people.” The people he was able to go on dates with were usually someone he already knew or who were introduced to him through mutual friends.

He said dating tends to become difficult when people lose their proximity to larger social circles as they move out of school and into the workforce. People in their 20s may start to notice that it is hard to meet new people and this problem tends to become more difficult with age as their social networks shrink.

Rasner said that as a smaller community, Casper’s dating scene may also struggle compared to larger cities like New Orleans or Baton Rouge where there are a lot of big festivals, concerts and other community events “happening constantly.”

During the speed dating event, the men and women will have the opportunity to introduce themselves to each potential interest and chat for about four minutes. Whether it is in a small community like Casper or a bigger city, Rasner said one of the toughest things about dating is putting yourself in an unknown and uncomfortable situation.

Before the actual speed dating starts, Rasner will lead some icebreakers and share some insights from research into interpersonal interactions. He says that one of the things people can do is learn to expect to get out of their comfort zones in their initial interactions with someone on a date.

Once people start talking during the speed dating, they’ll have some questions provided to them to help get things flowing. Rasner gave a few pointers for how they can help the conversation feel alive and energetic.

People should try to ask open ended questions rather than questions that elicit simple “yes” or “no” responses. An example: “What has your experience been dating in Casper because I’ve been having a really hard time dating people?” Rasner said a question like this gives the other person a chance to say more and has a better chance of leading to a deepening of the conversation.

He added that people should try to disclose something about themselves and also ask them to share some things about themselves. Rasner says that an advantage of speed dating is that people get to talk with a range of different people: “It gives you that ability to actually see what is out there.”

People might find some connection based on shared interest or possibly find that they have a shared career goal with another, which could lead to further interest in one another.

He’s had his research published in a number of journals, including:

While there has been extensive academic research into dating and relationships, Rasner says this isn’t always accessible to people and he wants to help them learn from the insights such research provides.

He recommends “Psychology Today” as a source which presents research in a way that is easy to read and understand. There are a number of Psychology Today articles which have drawn from research Rasner has contributed on, including:

While he was working on his master’s degree in Communication at UW, Rasner worked with Dr. Leah LeFebvre on research into the phenomenon of “ghosting” which refers to when someone cuts off all communication with a person they had been speaking with without any explanation.

Rasner said his own approach when he started working with LeFebvre tended to be more socio-cognitive, but that “she really opened my eyes to how important communication is to dating and relationships.”

He says that the dating landscape has definitely been impacted by the existence of dating apps and research has shown some important differences with how men and women use those apps.

“There is a huge disparity,” he said.

Rasner says that “people definitely are findiging relationships through online dating.” He noted that even speed dating moved online during the COVID-19 pandemic and in places like Louisiana, it is still happening online.

Rasner said he thinks the pandemic has caused new challenges in the dating world because people have different ideas about how dangerous the situation is. Some people may be very afraid of the virus and not willing to go out and meet someone in person while others are more comfortable going out: “I think it has altered the dating landscape.”

He said that he thinks Casper’s speed dating event will be a boost for people who may have noticed extra challenges during the pandemic since people will get to meet one another face to face.

He adds that talking affectionately with another person has also been show to decrease mental health disorders and increase physical health.

People looking to enhance their dating experience can consider speed dating, looking further into research into the topic and consider finding a dating or relationship coach, Rasner said.

He said it took him about ten years to become an expert in the field and he is still learning more and wants to share his knowledge with people.

During the speed dating event, men and women will have cards where they can note whether they are potentially interested in setting up a second date with any of the people they talk to during the speed dating session. If both people indicate an interest in one another on the cards, Rasner will be able to get them in touch with one another for a possible follow up date.

“It is a really good way to get people involved in the dating scene,” he said.

People can register for the event online. Posters explaining the “50 First Dates” speed dating event are also hanging in some spots around Casper, like this one in the Backdoor Lounge: