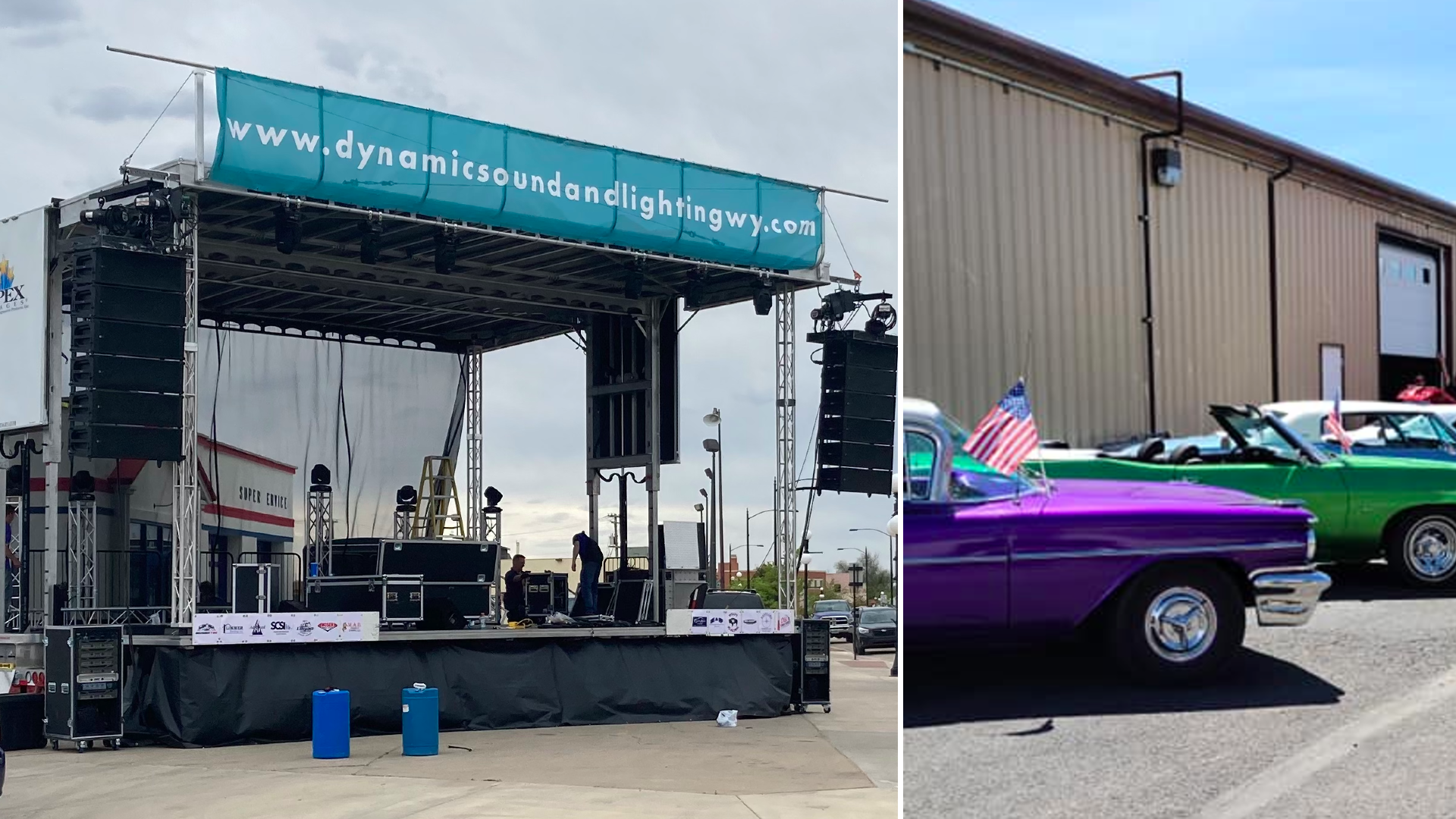 The car show is from 8:00 am-2:00 pm, though Yellowstone Garage owner John Huff said cars were likely to start showing up around 6:00 am to get a choice spot.

“This is probably going to be a party this time.,” said Huff. “I’ve got people coming from Riverside, California; Utah, North Dakota, Nebraska, Oklahoma.”

The event will also feature live music by what Huff called “oldest living band in Casper,” Chaser. Huff said the band has been playing off and on since forming in 1979, and will likely be playing their oeuvre of 80’s rock Saturday. Chaser will play from 10:00 am to 2:00 pm.

This is also the debut of Dynamic Sound and Lightings’s new Apex 32’ by 24’ stage.

Jeff Schafer said the new stage was built during the COVID lockdown, and it was being deployed for the first time Friday night ahead of Saturday’s car show.

NOTE: Chancey Williams will be playing June 16 at David Street Station. A previous version of the article incorrectly noted the date as June 18. Oil City News regrets the error.