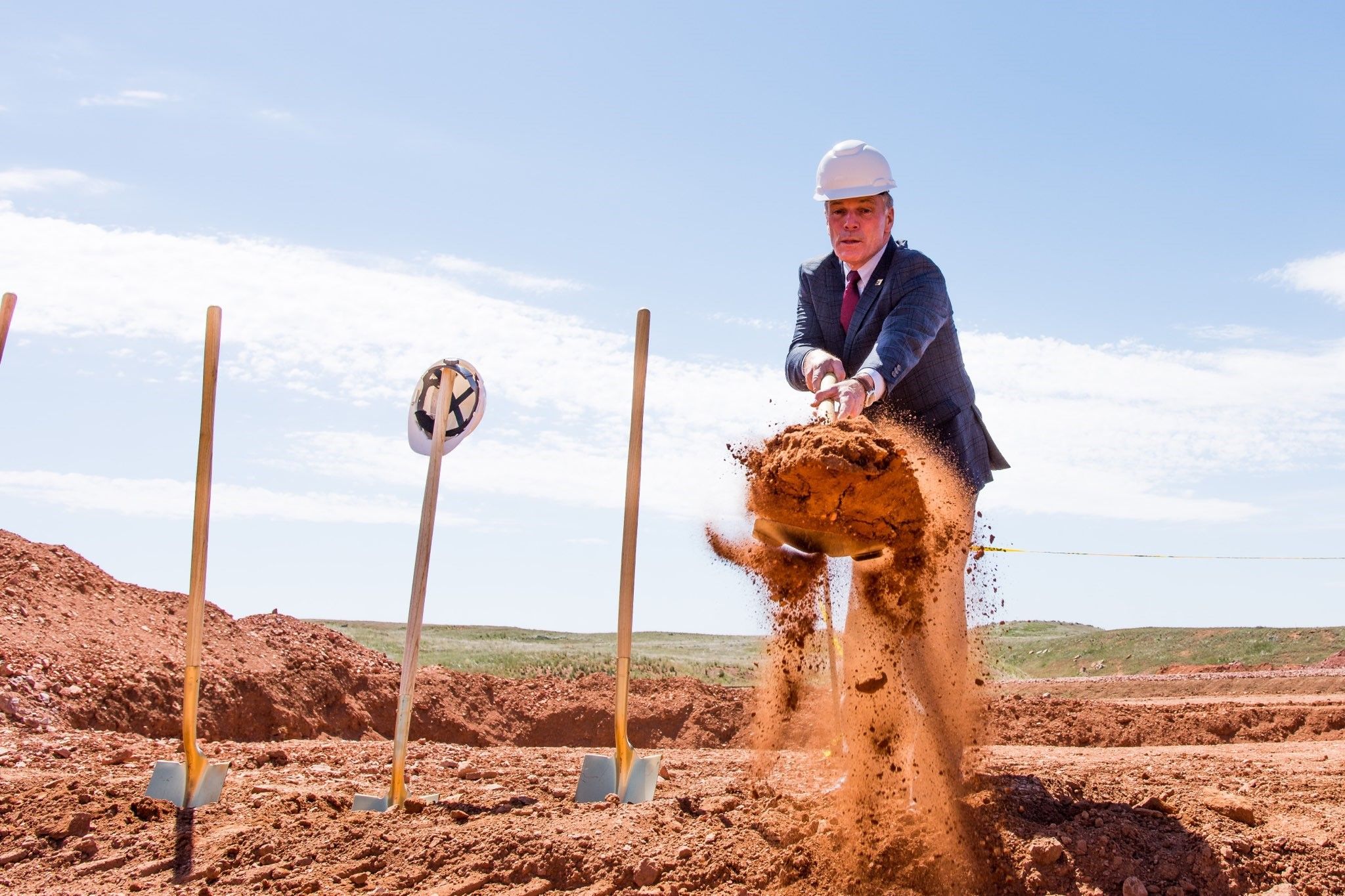 “A main goal of the Innovation Center is to promote and advance the diversification of Wyoming’s economy utilizing our wealth of raw materials,” Governor Mark Gordon said in Monday’s press release. “Backed by state and federal resources, we’re confident that the facility will facilitate the industry’s sizable economic growth and Wyoming’s undeniable leadership in coal processes and production.”

The Wyoming Innovation Center will be home to companies and researchers aiming to develop various commodities using coal and coal bi-products, including thinks like:

“The state-of-the-art WyIC will feature two buildings and seven demonstration sites for pilot plants, for private companies and researchers to advance coal-to-product and rare earth element processes,” Monday’s press release states. “The region holds 500 billion tons of recoverable coal, making it a desirable testbed for new and proven products made from coal.”

The National Energy Technology Laboratory (NETL) is the first tenant of the Wyoming Innovation Center and will use the space for applied research on “the production and use of clean energy resources.”

“Our goal at this new facility is to analyze the immense potential of rare earth elements and their commercialization – a process that could reduce U.S. dependence on foreign markets,” said NETL Engineer Tom Tarka. “Northeast Wyoming is a perfect location to begin these studies – with plenty of feedstock and a knowledgeable workforce.”

“Tenants at WyIC will focus on evaluating the commercial viability of high-value nonfuel, low- or zero-emissions products made from coal and extracting pivotal rare earth elements found in the fly ash of coal burned at local power plants,” the release adds. “The region’s Powder River Basin coal contains high extractable rare earth element content in portions of the coal seams and also particularly in the coal ash materials produced at power plants – used in nuclear reactors, cell phones, magnets, camera lenses, wind turbines, electric cars and more. (The U.S. currently depends on China for as much as 97% of its rare earth element sources.)”

“The main draw, however, includes the seven half-acre demonstration sites that function as an open-access platform for tenants to upscale their lab-proven processes from using a few pounds of coal a day to process up to several hundred pounds of coal or coal byproducts daily,” the release states.

The Wyoming Innovation Center will add to other efforts in the region focused on coal research and commercialization, such as the Wyoming Integrated Test Center (ITC) which will continue to study carbon capture and reuse.

“The University of Wyoming School of Energy Resources (UW-SER) is also entering Phase III of its CarbonSAFE program – involving safe storage of CO2 beneath the ground,” the release adds.

Campbell County Commissioner Rusty Bell said in the release: “Lab-level research that is potentially profitable needs to be scaled up to prove the commercialization potential. The Innovation Center provides a location with facilities in place to conduct the scale-up work for rare earth elements, critical minerals and other high-value, nonfuel coal products. It will prove wholly beneficial for Wyoming’s ‘Carbon Valley.’”

The Wyoming Innovation Center will also be used to train UW and Gillette College students for jobs in advanced carbon processes.

“The Innovation Center will provide requisite training for those working in the field,” said Gillette Mayor Louise Carter-King in the release. “Most research to date has occurred on university campuses and as R&D projects in the private sector. This site will provide a base for the extension of projects into larger facilities – with the potential to significantly strengthen the local economy.”

The project is being supported by a $1.5 million grant from the Wyoming Business Council as well as $1.46 million in matching funds from the U.S. Economic Development Administration (EDA). The City of Gillette and Campbell County have also contributed funding for the new facility.

The land for the site was purchased in Nov. 2019. Powder River Construction has been contracted for construction of the facility with project designs completed by Arete Design Group.