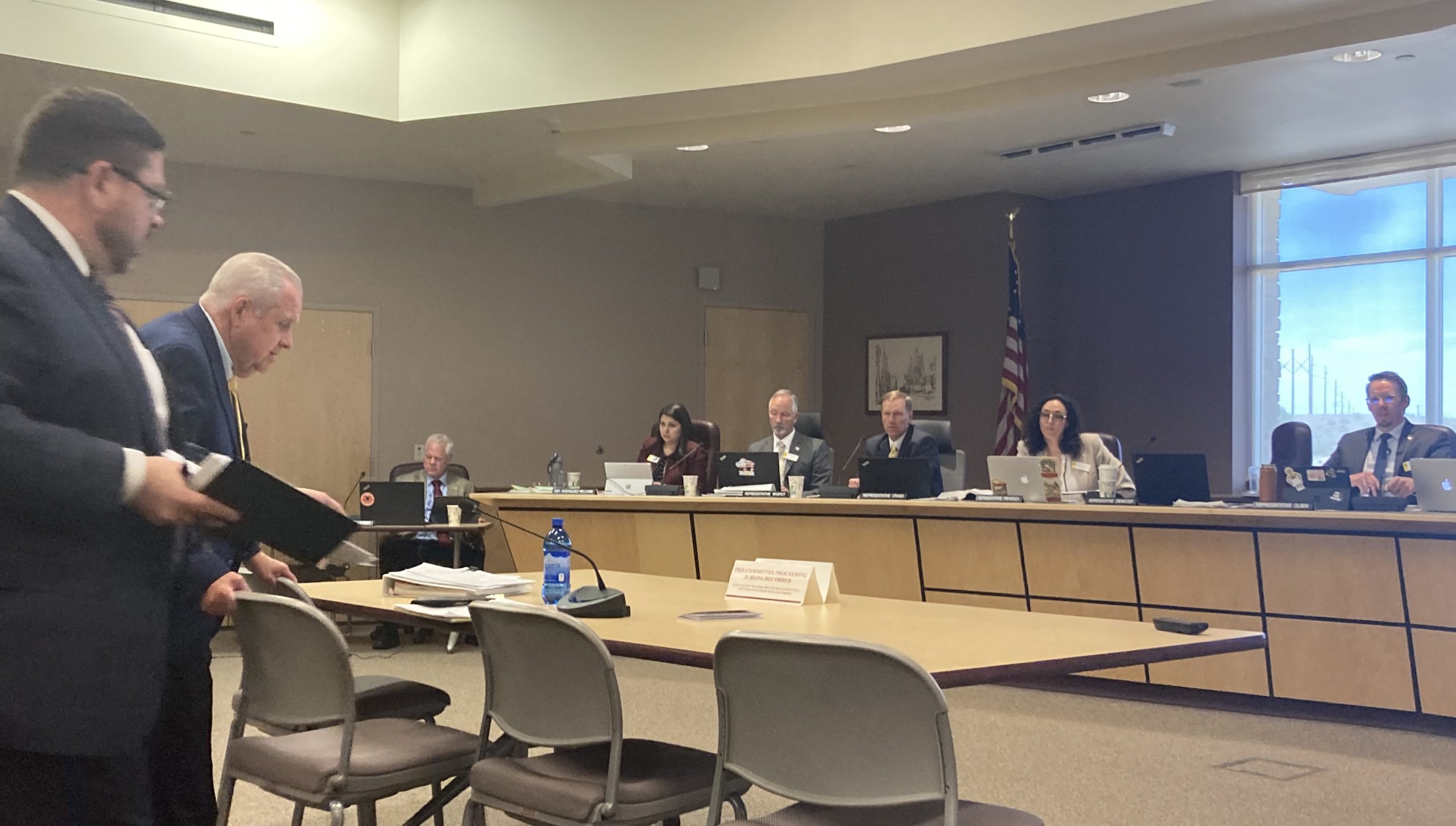 Wyoming is widely cited as one of only three states, including Arkansas and South Carolina, without a bias-motivated crimes law, commonly referred to as a hate crime law, although there is some disagreement about the state’s distinction.

“It’s important to acknowledge that Wyoming does have a hate crimes statue in 6.9.102,”  campaign consultant for the Wyoming ACLU Sabrina King told the committee. That law makes it a misdemeanor offense to violate the allowance of “full and equal enjoyment” of public facilities or accommodations “on account of race, religion, color, sex or national origin.”

House 58 Rep Pat Sweeney (R-Casper) testified that the statute does not specifically address “the criminal behavior behind bias-motivated crimes,” which “create unique and extraordinary harm,” to the victim, the group sharing the victim’s identity, and the community at large.

Casper city council member Amber Pollock noted the statute fails to protect against discrimination based on gender identity and sexual orientation,  and that its ambiguous status as a hate crimes bill ensures it is ineffective.

She added that legislation would be a step toward “reconciliation” for the high-profile 1998 murder of Matthew Shepard (after whom federal laws are named) outside of Laramie.

“Maybe we have one, maybe we don’t,” said Dale Steenbergen, President of the Greater Cheyenne Chamber of Commerce, told the committee. “What really matters is [if] the people who are making a judgement on us are convinced that we have addressed this issue….

“Companies are more socially aware than they ever have been, and this is an issue for them. If we want companies, and we want employees, we are going to have to understand that,” Steenbergen said.

In addition to defining and mandating the reporting of hate crimes, other states have instituted penalty enhancements.

Representative Dan Zwonitzer (R-Cheyenne) proposed a draft amendment to add a felony provision to 6.9.102, but the motion was voted down.

A motion by Mike Yin (D-Jackson) to update 6.9.102 to include all protected groups named in the 1964 Civil Rights Act succeeded.

The other successful motion was to draft a requirement for reporting and keeping statistics on bias crimes, using a Utah statute as a model.

“I don’t know what the master list is out there in the universe that the corporations look at for [bias crimes] statutes,” said Representative Jared Olsen (R-Cheyenne), “But I’m going to say that this bill draft we just voted on and requested bumps us up into that category.”

Cara Chambers, Director of Victims Services for the Wyoming Attorney General’s Office, told the committee there is an existing  statutory requirement for the reporting of “all crime”, but said there was “not a lot of teeth to it,”  and that there are agencies that simply don’t report.

“What you can’t measure, you can’t respond to,” said Jeremy Shaver, senior association regional director of the Anti Defamation League.

Shaver said that without a statute on the books, “law enforcement doesn’t know how to properly recognize, categorize, and report these types of crimes. And community members themselves would probably be hesitant to report it, knowing that law enforcement  wouldn’t necessarily be able to do anything about it.”

Shaver testified that at least 50% of bias-related crimes go unreported, citing the Bureau of Justice Statistics. It’s the same underreporting typical of domestic violence and rape cases, Chambers said, and said that reporting entity outside of law enforcement would be beneficial.

Public comment was impassioned and recounted numerous personal instances of discrimination and intimidation.

One woman testified that she, her daughter, and a group of her daughter’s friends had been surrounded and shoved by a group of 20 teenagers at a PRIDE event last Thursday. She said a police officer would not offer escort or protection, and that the mob returned again and stole her car keys, and that police would not respond to another call.

She said her daughter was currently hospitalized from a suicide attempt on Sunday.

Cessor added these experiences and Wyoming’s unflattering perception is leading to an exodus of talented youth.

“I’m at the point where ‘perception is reality,’” Zwonitzer said. “We have a pretty bad rap out there, and we’re not getting businesses no matter how low our taxes are until we get some stuff on [Diversity, Equity, and Inclusion] language.”