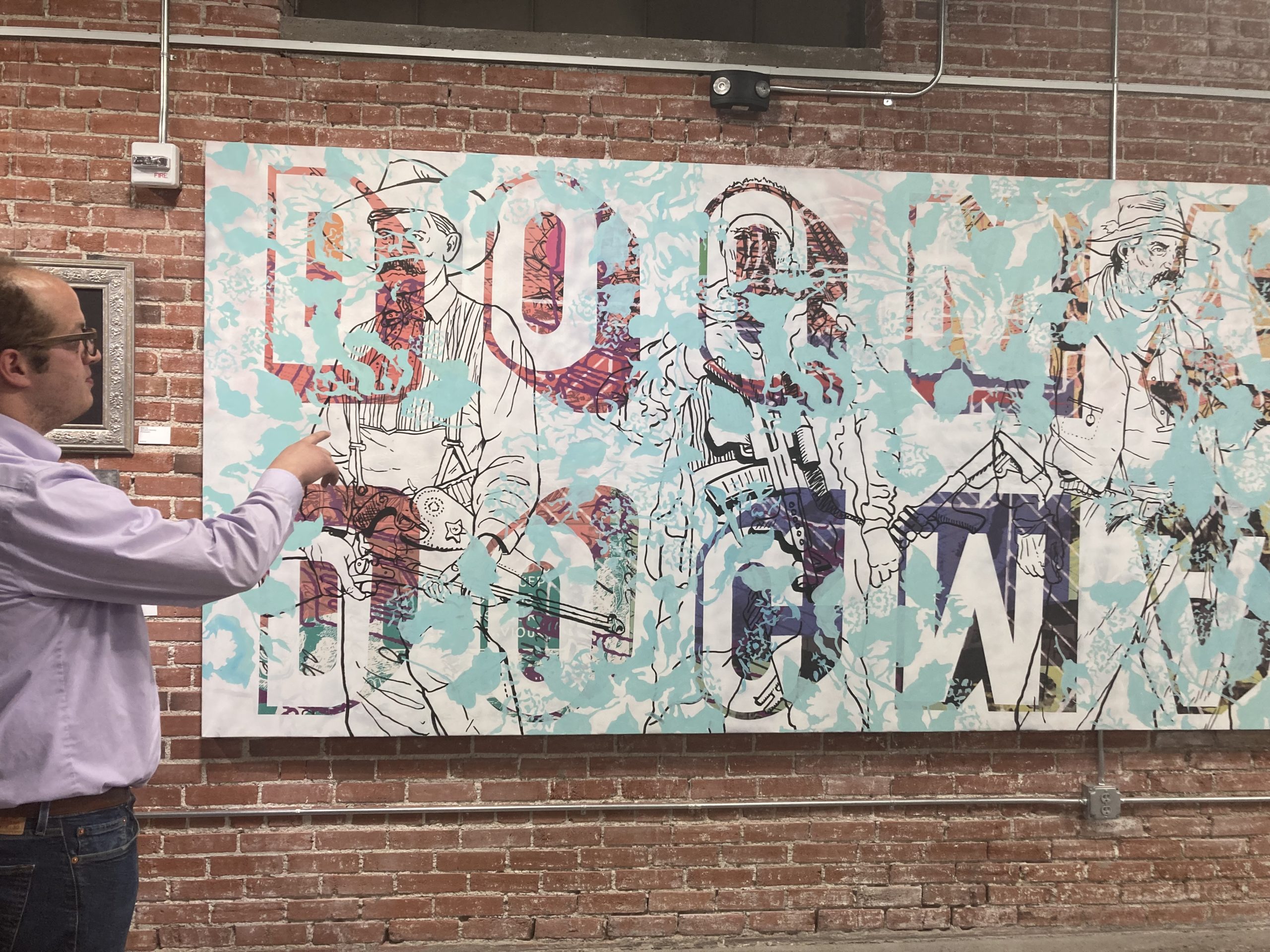 CASPER, Wyo. — With the sale of Roy Uptain’s “Dogma” for $1,680 on Tuesday, ART 321 says the amount of commissions made by the gallery’s artists has surpassed a six-year record.

ART 321 Executive Director Tyler Cessor said artists have taken home $33,437 from sales so far this fiscal year, of which two months remain. “It’s a crowning achievement for us this year,” Cessor said.

Cessor described Uptain’s large-scale piece as a take on toxic masculinity and “Hollywood-ization of Western culture.” He said the buyers, Mallory and Amber Pollock, were attracted to the theme and were planning to install it in their backyard.

“It couldn’t have gone to better [people],” Uptain told Oil City News. He said he’d sold pieces previously, but that ART 321 has been “instrumental” in his own networking and he has appreciated the gallery’s push toward inclusivity.

“Art is for everyone,” Uptain said. “It gives us an opportunity to express ourselves and learn from the experiences of those around us, even if—or maybe especially if—they are different than us.”

Uptain said he appreciated ART 321’s efforts in this regard under Cessor, as well as the emphasis on creativity as a tool for mental health.