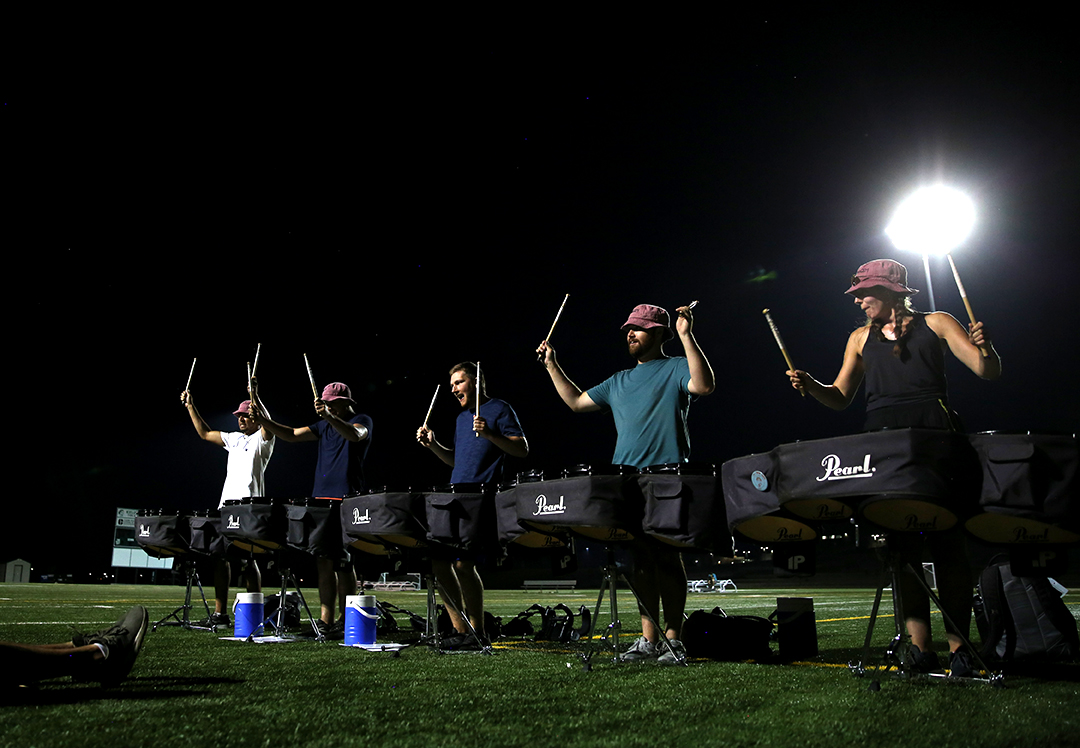 CASPER, Wyo. — The warm sound of brass horns and the staccato cracks of the drum lines each floating throughout Casper on warm nights during Troopers Drum & Bugle Corps practice sessions is an unmistakable summer tradition.

On Monday night, those sounds were again heard emanating from the Kelly Walsh High School soccer fields, just like they have been for decades here, with the distinct exception of the 2020 season.

“Everything was canceled due to COVID,” said director of operations Scott Bradford on Monday night.

Bradford, a Casper native and proud alumnus of the 1998 through 2001 Troopers, says the excitement this year is palpable as an almost complete group spends hours preparing for a shortened season.

The season started on July 1 rather than the usual Memorial Day weekend, he said. There are also fewer members, but only by roughly 20.

“It’s a little bit smaller, but we have a full horn line,” he said. “We did a great job recruiting and keeping people involved through the offseason.”

Practices were accomplished virtually during the winter months, he said, which worked well.

The 2021 Troopers made their first local appearance at a Casper Horseheads baseball game recently, and their full debut will be during today’s Central Wyoming Fair and Rodeo parade, which starts at 10 a.m.

Due to logistics and a shortened season, Casper won’t be privy to the annual “Drums Along the Rockies” show, which brings in other drum and bugle corps to perform with the Troopers.

This year, the show will take place in Cheyenne on July 30 with the Denver performance following that.

“We will have a preview show for Casper on July 25,” he said. Natrona County High School will be the location, but the exact time is still pending.

“We’re proud to be back here in Casper for this amount of time, and we’re really looking forward to being in the community and building those relationships,” he said.

“We have a great group of kids here.”