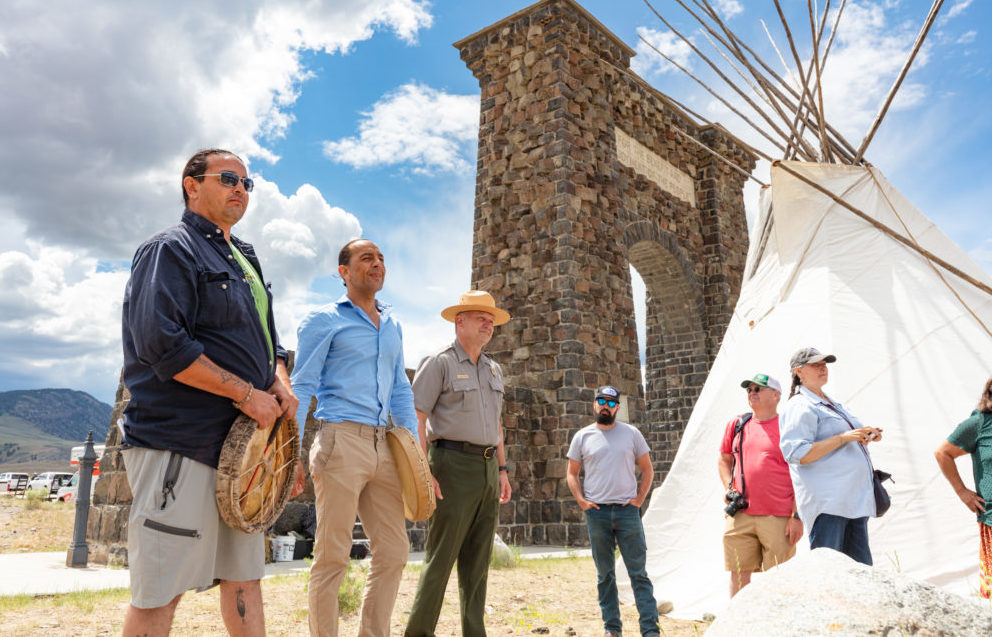 CASPER, Wyo. — Yellowstone National Park said on Wednesday that it will work to “expand tribal presence and representation of their important cultural heritage in the park” as Yellowstone’s 150th anniversary approaches in 2022.

“Native Americans have been living in and connected to the landscape now known as Yellowstone for at least 11,000 years,” Yellowstone said. “Today, there are 27 associated Tribes who have historic and modern connections to the lands and resources now found within the park.”

Yellowstone says that it works with tribes on a variety of initiatives, including a bison management initiative that involved “the recent transfer of Yellowstone bison to the Assiniboine and Sioux Tribes at Fort Peck, Montana.”

“The park also initiated a multi-year partnership with Native American Studies faculty at Salish Kootenai College as they bring an unique understanding of the cultural importance of archaeological resources within the park,” Yellowstone said.

The park said that Yellowstone and tribes have been engaged in improving partnerships to tell tribal stories.

“In April, the park invited all associated Tribes to a listening session where discussions centered on potential actions and initiatives that Yellowstone and interested Tribes could collaborate on,” Yellowstone said. “In June, Superintendent Cam Sholly and park staff met with members from various Tribes and Tribal Colleges to further the conversation about strengthening the relationship and creating a vision for the future.”

“The week included a ceremony at the park’s North Entrance with a temporary installation of a Crow-style teepee. Tribal members told the story of the teepee’s origin and sang an honor song.”

Sholly added: “Our goal is to substantially engage every Tribe connected to Yellowstone. It’s very important that the 150th anniversary is not just about Yellowstone as a national park but also a pivotal opportunity for us to listen to and work more closely with all associated Tribes. Our intent is to partner with associated Tribes to better honor their significantly important cultures and heritage in this area. The engagement we’re doing now will help set a stronger foundation for collaboration well into the future.”