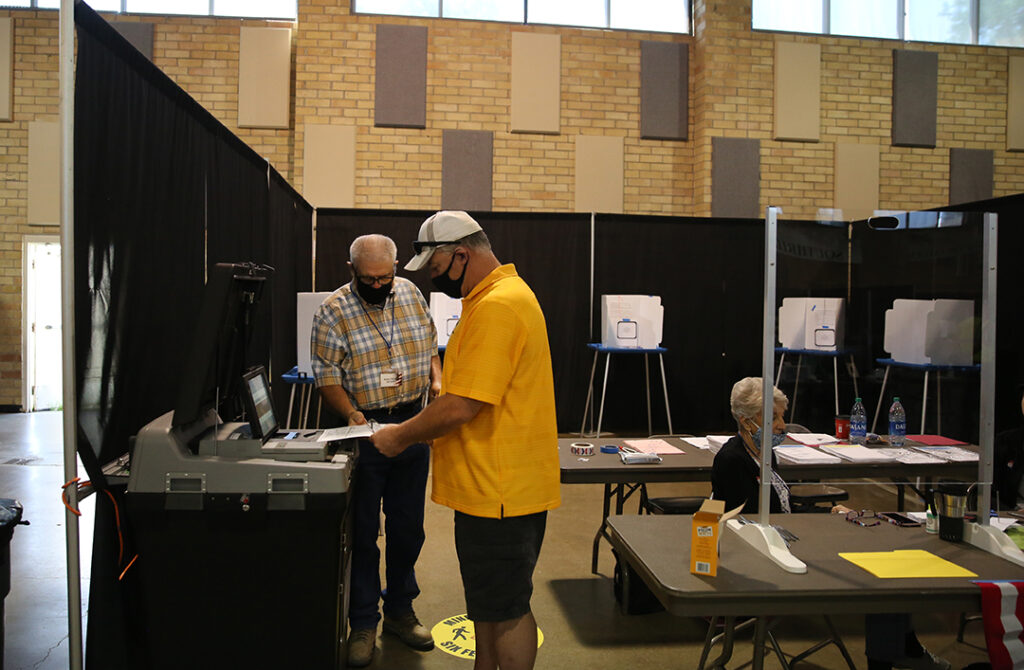 CASPER, Wyo. — The City of Casper is contracting LUM Studio for $19,400 for a public education campaign to inform the public about the upcoming “sixth cent” special purpose sales tax election in Natrona County.

City Manager Carter Napier told the city council on Tuesday that the city is legally limited to a “public education” effort and cannot lobby for citizens to vote either for or against the temporary tax on November 2.

“We have to be really, really careful in the distinction that we take when we are out visiting with Rotary or out communicating with the public at large,” Napier said. “We can only educate and inform. We cannot lobby, if you will, or request for a particular vote [to] take place.”

City of Casper Management Analyst Pete Meyers will serve as the city’s point of contact with LUM Studio as they proceed with development of the public education initiative.

LUM Account Manager Julie Shmitt told the council that LUM’s team would be meeting with Meyers on Wedensday to further hash out plans for the initiative. She said that LUM will be clear and concise in messaging intended to inform the public about the “sixth cent” tax and what it is for.

She said the public education efforts will stick to letting people know that the special election is happening and informing them of what the sixth cent is and what special projects the temporary tax would support.

Shmitt said that the public education campaign will include messaging on social media and videos of community members. The initiative will run from September up until the special election this November.

Council member Lisa Engebretsen asked for clarification about how the effort is being paid for and whether Natrona County is helping with the costs.

Napier said that the initiative is led by the city and while the city is hopeful to receive support from the Town of Midwest and the Town of Edgerton, the city is currently the only contributor to the costs.

He noted that the city budgeted for the public education initiative under the new budget. The roughly $147 million overall budget for fiscal year 2021-2022 was approved unanimously by the city council in June.

The $19,400 for the contact with LUM, accounts for about 0.00013% of the city’s overall budget for the year. The funding will come out of a line item under the budget set aside for “other contractual” and “city manager’s office budget,” according to Napier.

“I’m all for the sixth cent,” Council member Bruce Knell said. “I think it is desperately needed.”

While Knell said that he supports the concept of the “sixth cent” tax, he said that in his view the funding was approved by Napier rather than the city council.

“This was a decision we were not involved in, so I want that very clear,” he said.

While the city council approved the overall fiscal year budget, Napier said he thought it was a fair characterization that the council didn’t hold a seperate, specific vote approving the funding for the LUM contract.

Knell said that he thinks the council would have approved this use of the funding if a specific vote on the matter had been held.

Freel said that the council often delegates to the city manager on decisions involving smaller purchase amounts. Otherwise, the council would have to approve every minor purchase made by the city.

“There are a lot of things that don’t need to come to council because of the dollar figure amount,” Freel said. “If people have questions about it, I’ll be happy to answer them.”

Council member Amber Pollock said she thinks it is appropriate for the city to be supporting the public education campaign. She said that citizens have a right to “clear and accurate information” about the sixth cent tax, whether they will be voting for or against it. For that reason, Pollock said that she “almost [feels] obligated to do it.”

Council member Steve Cathey asked when the temporary tax would take effect if approved by voters. Napier said that it would take effect in January 2022 and would likely last one to two quarters of the year at most. It would terminate after the funding for two specific projects has been collected. The “sixth cent” tax cannot become permanent under Wyoming law.

The special election will occur on Nov. 2, 2021. If approved by voters, the temporary special purpose tax would be used to generate ~$4.4 million for two separate projects:

The City of Casper has contracted LUM Studio for $19,400, tasking the firm with helping educate the public about the proposed special purpose tax and the projects that it would support. LUM’s public education campaign is set to formally begin on Wednesday, August 11, according to a memo from Casper Management Analyst Pete Meyers included in the city council’s Tuesday, August 10 work packet.

The City of Casper is trying to teach the public about the sales tax measure that will be on the ballot this November. The ballot measure will ask voters if they are in support of the temporary special-purpose one-percent sales tax (a ‘sixth cent’ sales tax).

The special election will take place on November 2 as required under state law after the Natrona County Commission voted this June in favor of holding the special election. Prior to the commission’s vote, four of the governing bodies of the six municipalities in Natrona County passed resolutions in favor of holding the election. The City of Mills and the Town of Bar Nunn’s councils voted against such resolutions.

The so-called “sixth cent” tax would be a special purpose tax imposed across the county only until the roughly $4.4 million in funding for the final phase of Casper’s Midwest Avenue reconstruction project and the water line replacement project benefiting Midwest and Edgerton is raised. Once that funding is raised, the special purpose tax would go away, and there is no way under current Wyoming law for the “sixth cent” tax to be made permanent.

The temporary special tax would be imposed on a quarterly basis until the funding is raised. Depending on how robust sales are in the county, the sixth cent tax might last only one quarter of the year and likely two quarters at the most, Casper City Clerk Fleur Tremel explained in May.

Why are these taxes referred to as “fifth cent” and “sixth cent”? Wyoming imposes a 4% statewide sales and use tax. Counties are able to impose an additional 1% general purpose sales and use tax — hence the name “fifth cent.” Counties can also impose an additional 1% temporary special purpose tax. If that tax is on top of the 4% statewide tax and a 1% local general purpose tax, the total tax percentage imposed in the county would be 6% — hence the name “sixth cent.”

The “fifth cent” and “sixth cent” taxes are distinct in several ways:

“Before the vote occurs, the City will try to educate the public about these two projects, in partnership with Midwest and Edgerton,” Meyers memo in the city council work packet states. “It will try to explain what the projects are and why they are necessary, and try to provide general election information.”

Voters will need to bring identification to the polls during the special election on November 2. That is because Governor Mark Gordon signed into law legislation passed by the Wyoming Legislature this spring requiring voters to show identification in order to vote.

The following forms of identification will be acceptable:

NOTE: An article Oil City published on Monday included the following phrase: “The city will be attempting, with help from LUM Studios, to make the case that the two specific projects the “sixth cent” tax would fund are worth supporting.” Napier clarified during the work session that the city and LUM will technically not be making a case that voters should support the tax. A similar note has been added to Monday’s story.