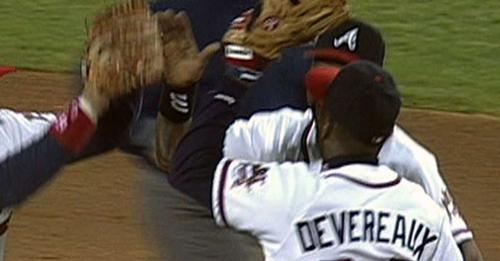 Mike Devereaux (Courtesy of the MLB)

Devereaux spent seven of his 12 big league seasons with the Orioles, including 1989-94 and 1996. The centerfielder was voted Most Valuable Oriole in 1992 after leading the team in 10 offensive categories including batting average, home runs, and RBI. He batted an average of .251 with 94 home runs and 403 RBI in his Orioles career.

He then returned to the Orioles in 1996 as a part-time starter and defensive replacement at all three outfield positions for the Orioles’s Wild Card-winning team. He also played for the Los Angeles Dodgers, Chicago White Sox and Texas Rangers during his career.

As a KW Trojan, Devereaux was part of four state championship teams, according to the National Federation of State High School Associations. Those championships were in track and field (1981), football (1980) and basketball (1980 and 1981).

According to MLB.com, Devereaux is currently a roving hitting, outfield, and base running coach at IMG Academy in Bradenton, Florida.

Devereaux played his final MLB game with his original team, the Dodgers, on April 17, 1998.