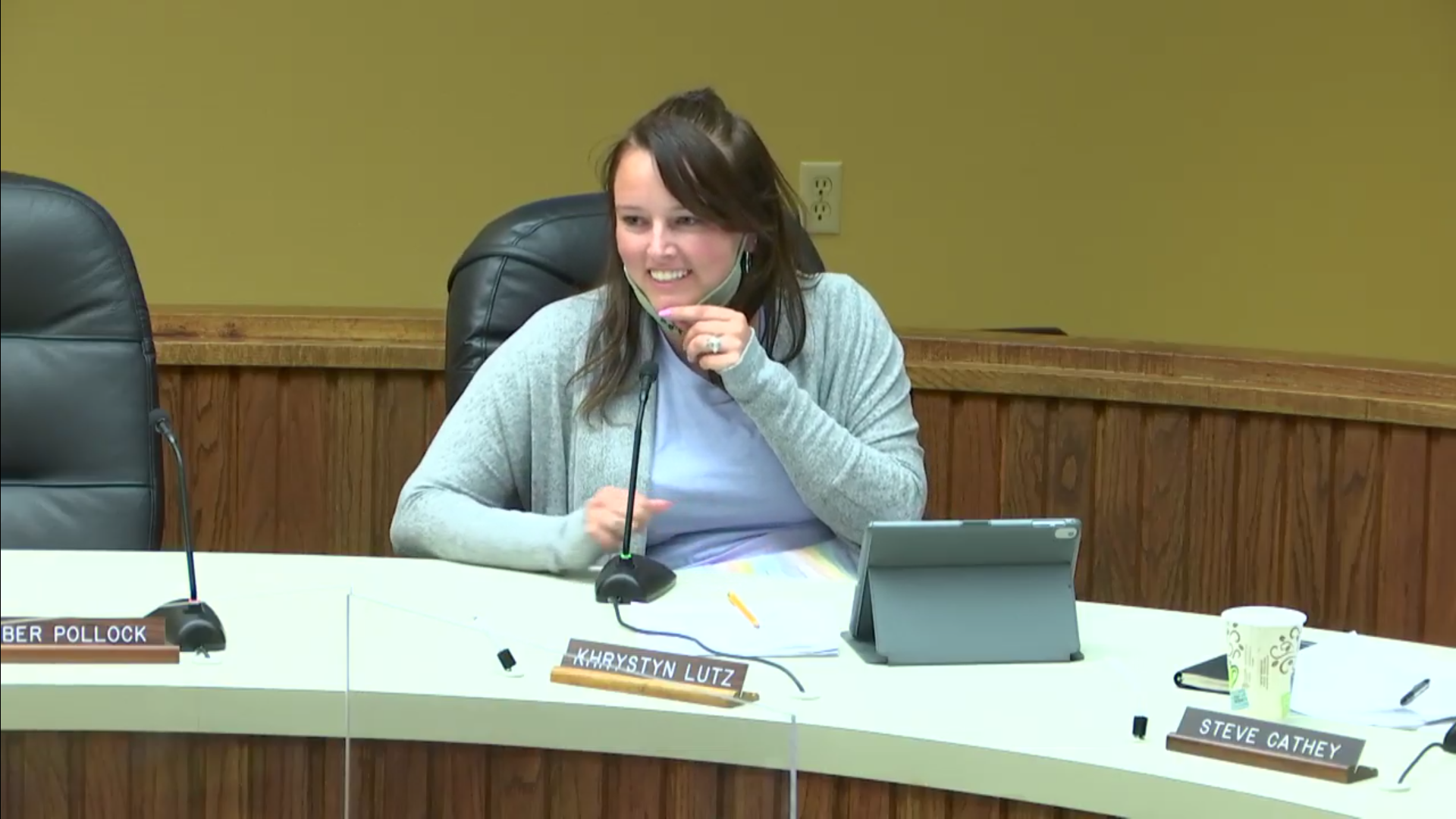 CASPER, Wyo. — Members of the Casper City Council said their goodbyes to Council member Khrystyn Lutz at the end of the Tuesday, August 17 meeting. Lutz will be stepping down from the council with her family planning to move to Lander.

Vice Mayor Ray Pacheco said that “it has been an honor and joy to serve” with Lutz. Lutz joined the council in January 2019 and served as vice mayor during 2020.

Mayor Steve Freel said he appreciated Lutz’s support during the tumultuous year that was 2020 as the community dealt with the arrival of the COVID-19 pandemic. Freel noted that there was “no playbook at all” on how the city council should respond during the pandemic, and said Lutz’s leadership was highly valuable.

“I certainly appreciate working with you,” Freel said. “Hopefully, we will find just as good a replacement. It might be hard to do so.”

“You never knee-jerked reaction on things,” he said. “You were always thoughtful on how you did that. I really appreciate that type of governing that we need in our country, especially. Hopefully our loss is Lander’s gain.”

Council member Shawn Johnson said that “it was a pleasure to serve with [Lutz] on the council.” He suggested that she might be able to serve as a council member in Lander should a position open up in that city.

Lutz said that she has felt honored ever since being elected to represent Ward I and that she hopes she represented people in that ward well and made them feel like their voices were heard.

“Obviously, it is very bittersweet to leave,” Lutz said. “We are very excited for this opportunity in Lander, but we will absolutely miss our lives in Casper.”

Lutz also said she appreciates the support City of Casper staff provided during her time on the city council.

“I wish the person that holds this seat next all of the luck,” she added. “Good luck to you all selecting that individual. If anyone in Ward I that is considering applying has any questions for me regarding what this seat looks like, I will gladly take those calls and help you in any way that I can.”

Freel said that the city will begin accepting applications on Wednesday. Application information will be posted to the City of Casper website on Wednesday morning.

Applications will be accepted from August 18 through September 3. Freel noted that the council will be provided with applications from eligible applicants on September 7.

The city council will conduct interviews of applicants on September 15. A new Ward I council member will be sworn in on September 21.

The person selected by the city council will serve out Lutz’s term, which was set to expire on January 3, 2023.

A map of the ward areas in Casper is as follows: