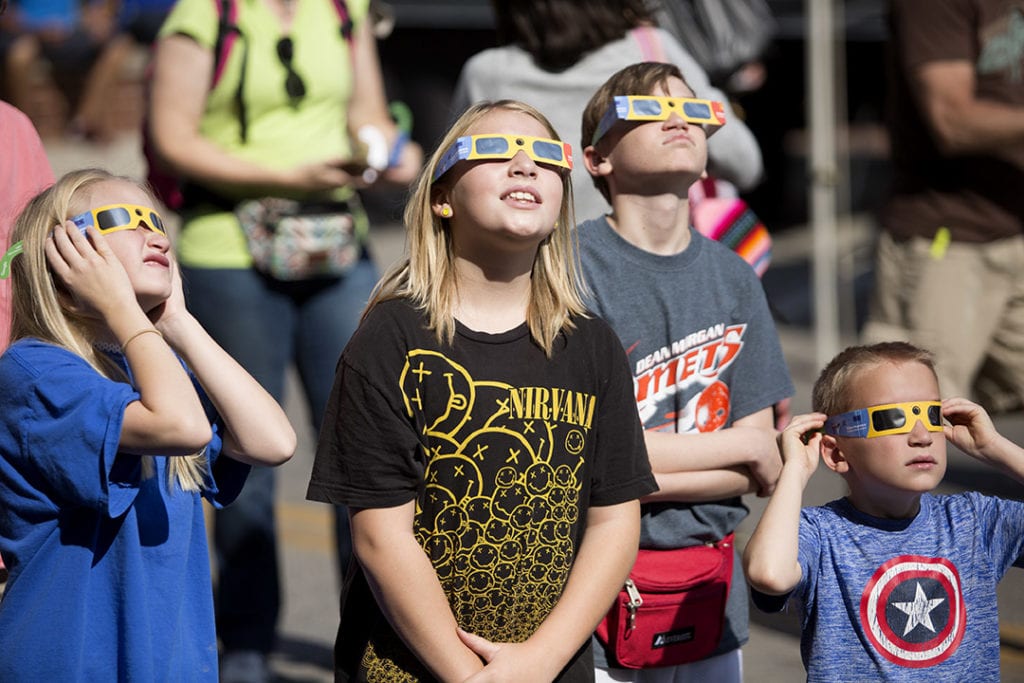 CASPER, Wyo. — At 11:42 a.m. (and 40 seconds) Saturday, exactly four years will have passed since the total solar eclipse. Casper officials spearheaded Wyoming’s massive coordinated effort to put on the multi-day festival that brought more than one million visitors from six continents and 142 countries to the Oil City.

The event was also the debut of David Street Station — and not a moment too soon. With less than week to go before the 2017 eclipse, the Station was still just a steel skeleton, lacking the distinctive cedarwood planks and timbers that form the stage awning now.

However, Hawley said he was confident Caspar Building Systems would get the finishing touches done in time.

Hawley said that the eclipse itself was “a thousand times better” than he expected.

“When it happened, all the hairs on my arm stood up,” Corey Gamroth told Oil City News on the 3-year anniversary, “It was unreal.”

The 5150′ Festival Saturday is an event that Visit Casper CEO Brook Kaufman and David Street Station officials hope to grow into an unofficial annual celebration of the Eclipse.

Revisit the Eclipse in the Oil City News archives.