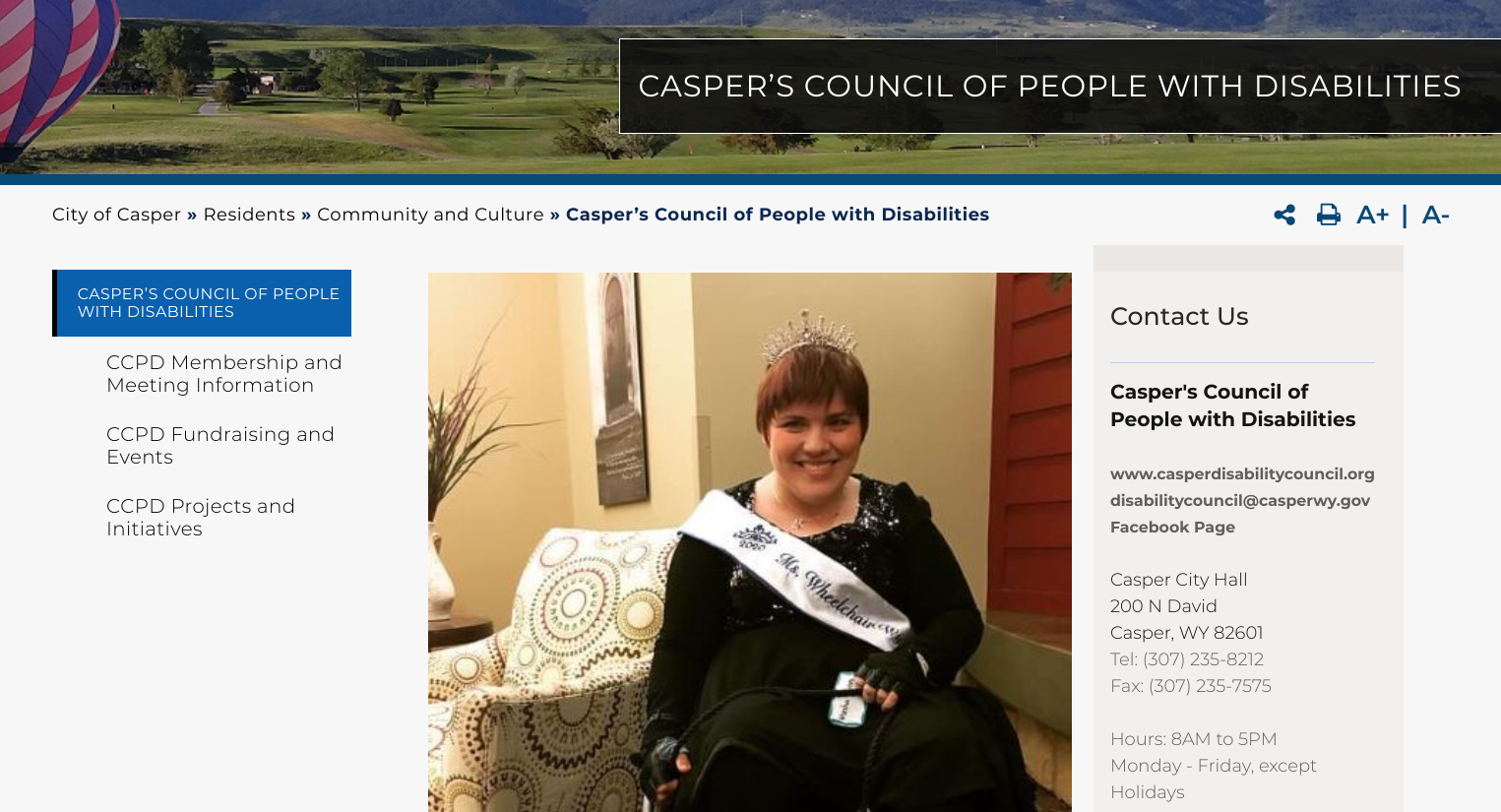 Screenshot of the home page of the Casper's Council of People with Disabilities website.

CASPER, Wyo. — Casper’s Council of People with Disabilities (CCPD) launched a new website on Tuesday, according to a press release from the City of Casper.

“We want Casper citizens to have multiple platforms to access information on who the CCPD is, what we’re about, what projects and initiatives we’re working on, and how to get involved,” CCPD Chair Austin Berlin said in the release. “We hope to reach as many people as possible.”

The CCPD is an advisory board that makes recommendations to the Casper City Council on issues relating to people with disabilities. The new website as well as the CCPD’s Facebook page will be used to inform the community about the CCPD’s mission, goals and events.

“Casper’s Council of People with Disabilities is an advisory committee to the Casper City Council organized to advise the City Council and City staff on how to improve access, equality, and the quality of life for the disabled citizens of Casper,” the press release from the city said. “Additional information can be found at www.casperdisabilitycouncil.org.”