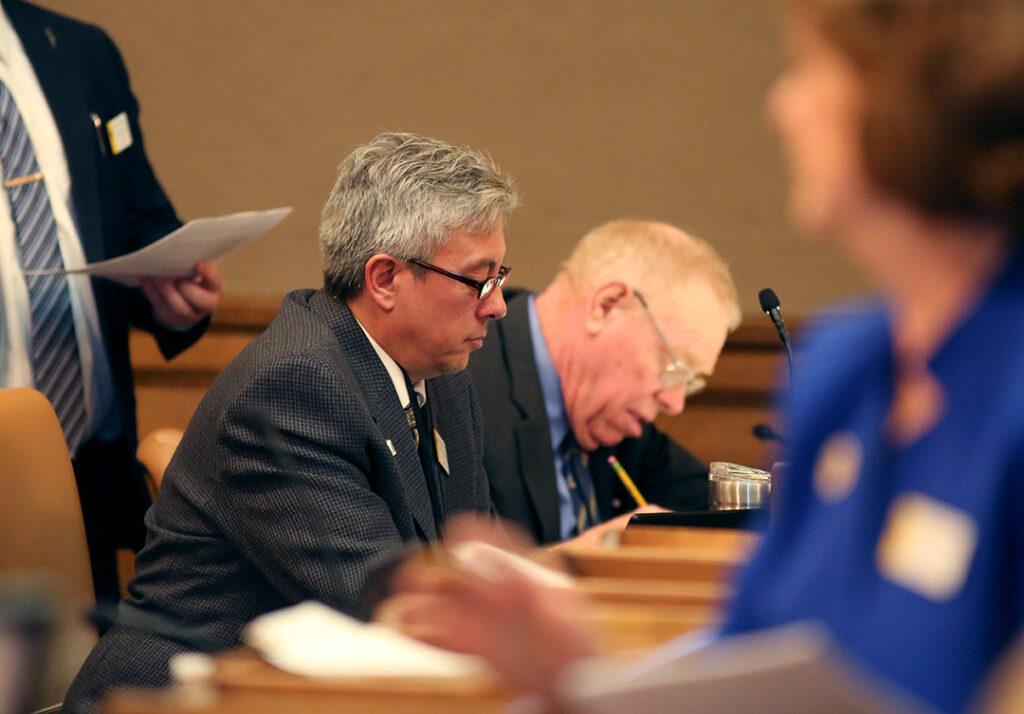 “After prosecution, the chair, the gallows, or lethal injection?” Bouchard wrote in the post, which was accompanied by an image of Fauci superimposed over a hanging noose.

The Wyoming Democratic Party reported the image — which Bouchard told WyoFile he designed himself — to the Federal Bureau of Investigation.

Earlier this week, The Intercept published a trove of documents from the National Institutes of Health showing the United States funded pathogenic research in Wuhan, the Chinese province where the novel coronavirus is believed to have first emerged.

Conspiracy theorists have speculated that the virus originated in a Wuhan lab and was either accidentally or deliberately released into the public. The publication of the Intercept article has renewed interest in the theory, particularly among conservatives like Kentucky Republican U.S. Sen. Rand Paul.

Bouchard has made skepticism about the COVID-19 pandemic, and government responses to it, a central piece of his political identity. He has promoted unapproved treatments like ivermectin and hydroxychloroquine, and was a key figure in anti-public-health-order protests at the Wyoming State Capitol last winter.

He also sponsored legislation during the 2021 legislative session to prevent vaccine mandates.

In recent days, Bouchard traveled to Worland, according to Cowboy State Daily, to join protestors against a vaccine mandate issued by Banner Health, which operates a healthcare facility in the area.

“If that’s the way it’s going to be, that only [Democrats] can say it, but if somebody else does something it’s a problem… oh boy that’s scary,” Bouchard said.

“Senator Bouchard’s willingness to lower the political discourse to such despicable and dangerous depths is disgusting, shameful, embarrassing, and unacceptable,” Wyoming Democratic Party Chairman Joe Barbuto said in a statement. “Time and time again, he has shown his true character through abhorrent comments and behavior — the legislative leaders of his party need to take a firm stance in condemning this nonsense and make it clear that there is no room in their caucus for rhetoric designed to incite violence.”