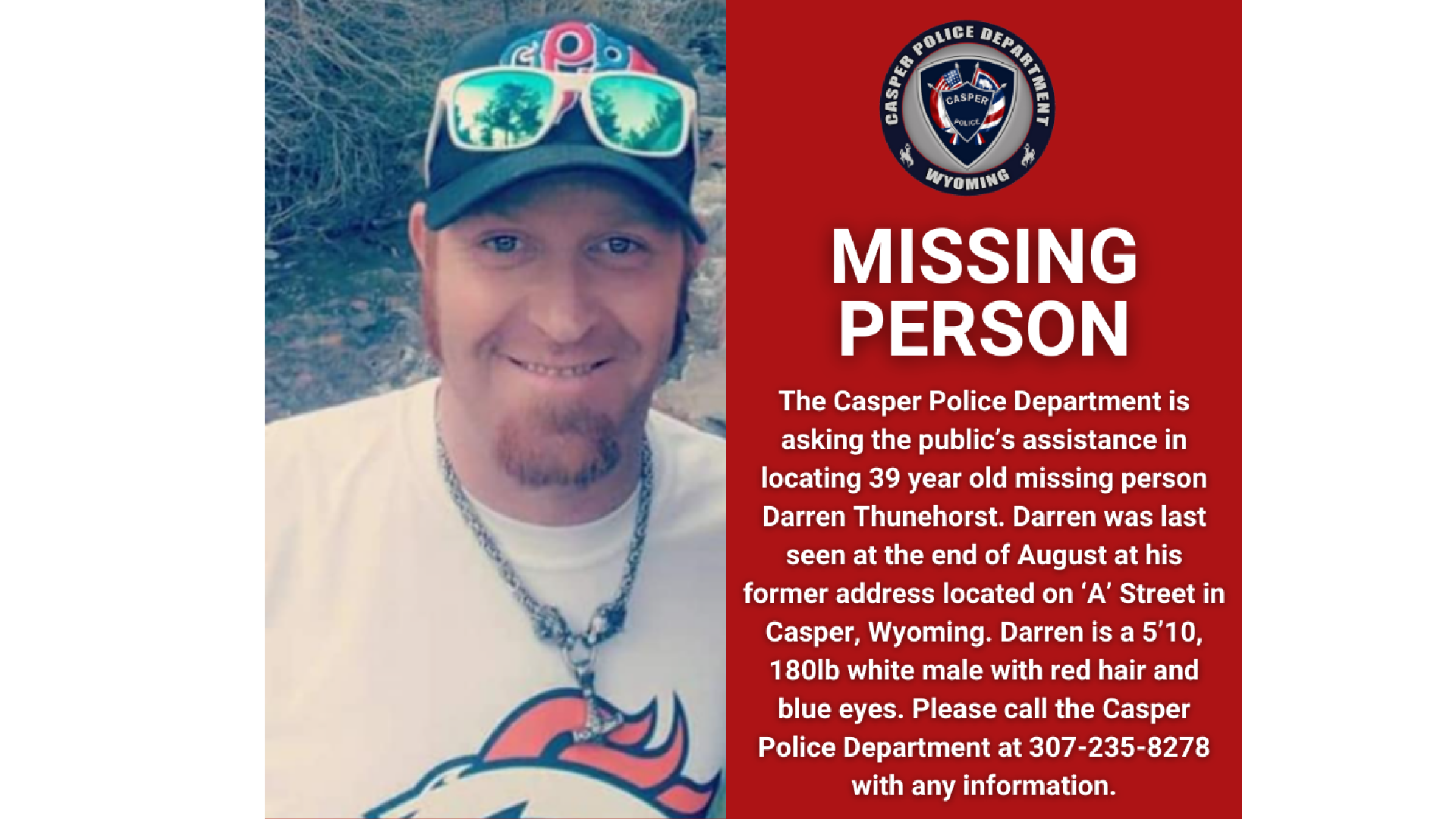 The Casper PD says that Thunehorst is 5 feet 10 inches tall and 180 pounds. He is described as a white male with red hair and blue eyes.

“Please call the Casper Police Department at 307-235-8278 with any information,” the Casper PD said.