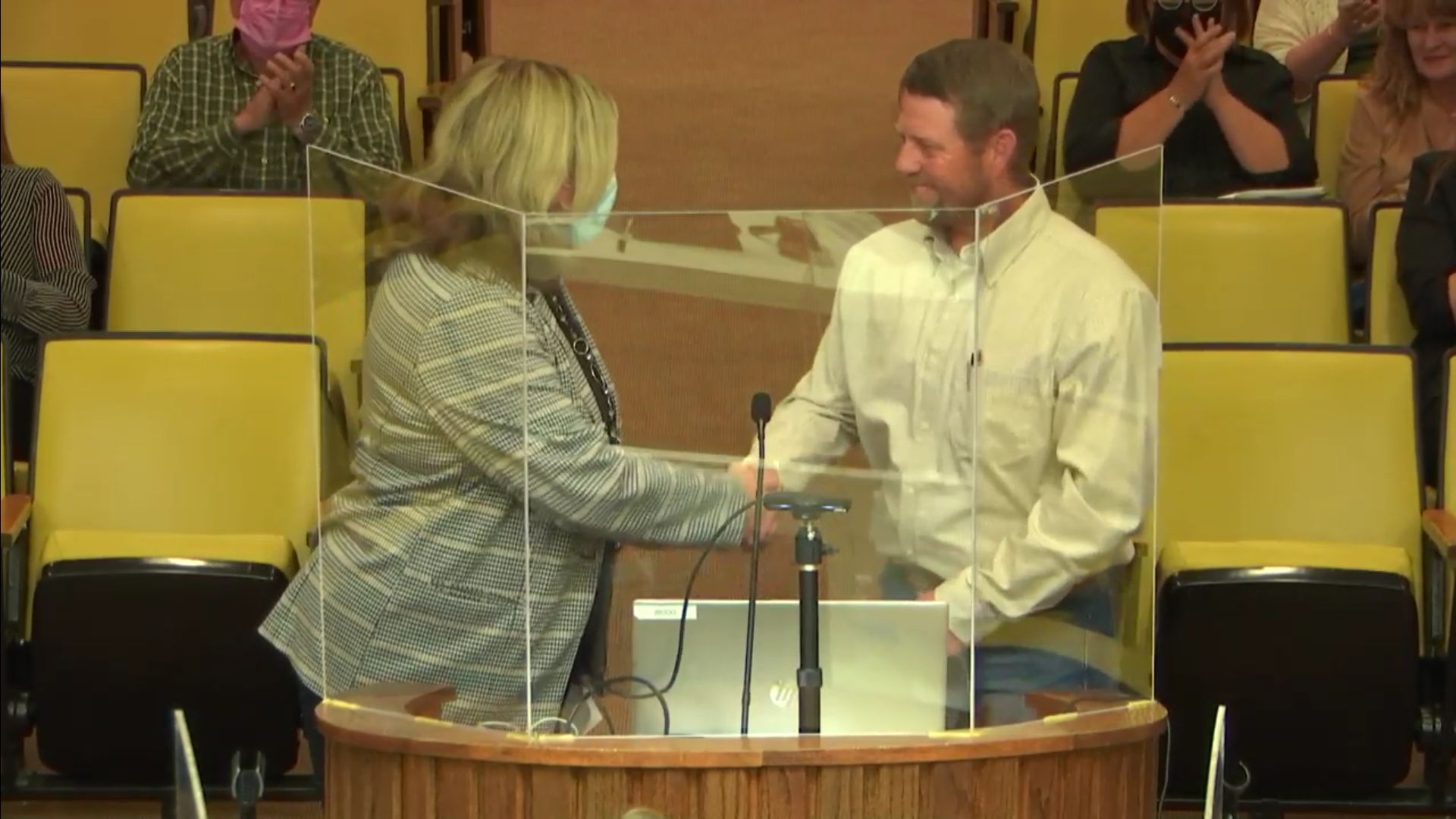 Citizen Jake Phillips, right, helped another citizen who was attacked by a pit bull in May 2021. (City of Casper, Youtube)

CASPER, Wyo. — Casper citizen Jake Phillips was honored as a “Bright Spot in the Community” during the Casper City Council’s Tuesday, September 21 meeting for bravery he demonstrated when a pit bull attacked another citizen this spring.

City Prosecutor Jacqueline Brown said that Phillips happened across a “vicious dog attack” on May 23, 2021.

Brown said that the pit bull had been roaming a Casper neighborhood when it came up to a citizen who was putting items into a Jeep that was parked in their parents’ driveway.

Phillips tried to put the pit bull in a choke hold and communicated in a way that aimed to reassure the victim of the attack that things would be okay. As he put pressure on the dog’s neck, it finally unlocked its jaw and both the human and dog victims of the attack were able to get away.

Brown said that the pit bull was “still raging” and was trying to attack Phillips, but he was able to get a grip on its collar and keep it in a choke hold. The pit bull’s owner eventually arrived and took the dog by a choke chain and took it back home.

Brown said the citizen who had been attacked was amazed at Phillips’s actions.

“He sacrificed his own personal safety and well-being to come to their rescue,” Brown said, adding that what he did was “one of the most selfless acts the victim had ever witnessed.”

After Brown presented the story, Mayor Steve Freel presented Phillips with a certificate commending him for his actions.